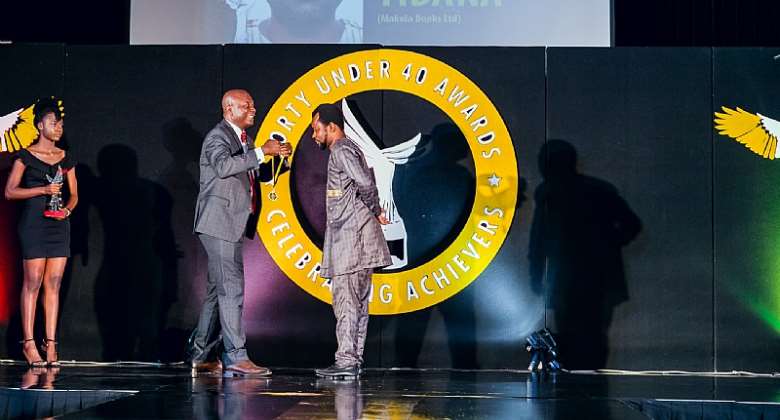 Waterz Yidana is a Ghanaian multiple award-winning playwright and poet. He has written several articles and essays that bother on social, political and religious issues. He is a social media user, especially Facebook where he radically comments on issues of national concern. The following are some of his thought-provoking quotes that are gathered from his Facebook timeline....

1. Society gets scared of your growing up and confidence. They are afraid of the things you say and the actions you take. They know they can't handle what you're starting and if they leave you to continue, you'll influence a lot of things. So what do they do? They start hating and trying every means possible to bring you down, but if your ideas are powerful, there's nothing they can do about it. Ideas never die.

2. Standing alone has never been a problem to me. Like my convictions are me and I'm never willing to die for them. I make my own decisions and the results don't matter to me. It's a lose or gain thing.

3. As a country, we must be careful not to mix the idiocy of our politics with chieftaincy issues. The emotions attached to the two are grave.

5. Competence is like beauty. It only lies in the eyes of the beholder.

6. We've got to vote out politicians every 4 years to get them to take us seriously.

8. I write to inform and entertain, but some of my writings end up being combative. Why? Because to survive a day here is to die many times.

9. You can't teach me how to live my life when you're not going to answer for me on judgement day if there'll be any.

10. When you genuinely help one person, you have helped the whole community.

12. Educate them cheap. And educate your own expense to come back and rule them.

14. You should learn to respect people you think are lower than you so that they can reciprocate the gesture.

15. Nobody has ever gotten up without falling.

16. I don't have an attitude. I have standards for the people who are supposed to be my friends.

17. I gave my son a treat on his birthday. I took him to the movies to see the latest in town. You've got to enjoy the moment. The future is today. Mankudivi has taught me what it means to be a father.

18. Life is already hard. If you want to live pleasing people, you're wasting it.

19. Loyalty or respect goes both ways. If they don't return it, they don't deserve it.

20. Sometimes we need not be too proud of what we've achieved, if others had our kind of opportunity, they would achieve twice that.

21. Many people think that being rich is the ultimate in life. But there're miserable millionaires they'll never want to be like.

22. It is only a child who fears to die. Adults like me have already lived.

23. I speak my mind like Ken Saro-wiwa, Steve Biko, Peter Tosh, Malcolm X, Tupac and men like them, and, if I die young, I've lived.

24. Some people smoke or drink to be happy. I speak my mind to be happy. Stopping me from that can really cause some great disturbance.

25. Awards are not important, but anytime they offer you one with respect, accept it.

26. If I were a politician, I would be ashamed of people who always side with me.

27. To me, Facebook is a hospital. A drinking spot. A food joint. A school. A common-sense platform. It offers lots of joy. Try it...

28. The things you can't let go, I can let go. And the things you do not cherish, I cherish. And let me tell you, I'm not here to pamper anybody's ego.

29. It is too dangerous not to have enemies.

30. Nobody could've written Madman and the Drunkards the way I did, the reason why University of Ghana wrote to me requesting to have it performed on stage and adopted as a subject text for their postgraduate students. The reason why the Ghana Education Service approved and recommended it for schools. The same reason why Harvard, Princeton, Oxford, Stanford and many other prestigious universities have it in their libraries. The reason why it got so much recognition and appears like my best book for life.

32. This is the planting season, and the support is so little. I hope during the harvest people will just shut up.

33. You can't boast of your age. Because it doesn't take any skill to grow older and it is possible to find a 2-year old boy who is more sensible than a 50-year old man.

34. I am brutally honest and I suffer the consequences.

35. There should be a limit to how we praise a man, just like how we criticise him. Both have the might to make him go crazy.

37. I don't bother about building a public image. I think it'll limit my free life. Let people think whatever they want to think.

38. Many people find it difficult to comprehend the contradictions of a genius. Because they refuse to open their minds.

39. This country needs a vagina reconstruction. I'm serious. For our country to be flooding every year at the same places with different governments in power, we surely need to do vagina surgery.

41. I respect a lot, until you disrespect me, then I disrespect you back, then life moves on.

43. If you live in a country where MPs and other prominent people are killed with impunity, you know as an ordinary man that you're on your own. #Smh

44. I like organics because nature is beautiful. Sometimes, I just prefer to see the sea, hear and feel its sound and breeze, as I eat vegetables and drink coconuts like a vegan.

45. Sometimes you must ask yourselves this question; what if it's the society that there's something wrong with, and not me...?

46. And I believe strongly that my dreams are more valid than some people's successes.

47. All the wrong things have come to be the right things. That is what is going on now and everybody is pretending about it.

49. Who says I want you to like me? If I want everyone to like me, I will be saying and doing what everyone wants to hear or see. #Lol

51. If I was in the army, by now I would either be a Major or a high ranking Commander. Because of the Military respect bravery and intellectualism.

52. They misuse the taxes and still ask you to vote for them. And they'll be voted for, because we live in a dumb society.

53. If your goal is to become the richest man on earth, you're a fool.

54. The problem with many people is that they want to be loved.

55. Marry somebody like me. Someone who's not afraid to lose you. #Hahahaha

56. We can't undo the past. It will always be part of our story. However, we must appreciate the present to have a better tomorrow.

57. As I am living my life, I am setting my own standards. Don't bother me with the standards others have set.

58. Six months for Police Training in Ghana should be looked at again. The courses or content they study during the training should be reviewed. At least, one or two years will be okay to give these people a special training that will help their mental, psychological, spiritual and self-development, not just the physical.

59. Bear in mind that some people are rich, got multiple degrees, have travelled widely, hold top positions and are still idiots.

60. I bet you, IF Europe and America grant Africans free VISAS, all the youth will leave--- leaving behind the greedy politicians to govern themselves.

61. If you're not worth anything to somebody, I don't think that they should worth something to you.

62. In this part of the world, humility means, allow people to use and misuse you! Allow people to walk over you. Be quiet even if you're hurting. In my opinion, it's total nonsense.

63. Mahatma Gandhi never visited the US in his lifetime. Yet he is one of the greatest people the world has seen. If your foreign policy will affect my country, I will write against it. Don't give me a visa! That's never gonna validate my existence.

64. A good writer cannot always be in good terms with the government, and that wouldn't be his fault. Governments accuse writers of not being loyal, especially here in Africa. But how can the writer be loyal when he sees stealing underway, sees hypocrisy at play, sees misuse of power and lies become truths? The writer is not like your party supporters or footsoldiers who can only talk for you and not against you. Governments in opposition invite writers to dinner, but as soon as they win power, they discard them. Ask yourself why?

65. I write and people say I'm fighting with someone. Of course, I am. I fight disrespect. I fight greed. I fight envy. And I fight stupidity.

66. If you want to speak the truth, make sure you're not hungry because nobody will give you food.

67. In my house, you can choose any religion you want to belong to. Once they make you happy, it's okay by me. It's your happiness that matters. I don't have that time to be arguing about who's going to heaven and who's not. Watch carefully, there are people already in heaven here and others in hell. #Lol

68. I'm never ashamed of my past, present or even future. I'm only ashamed of people who worry about my life.

70. Don't let my security become your insecurity. Work hard, you'll make it too.

71. And the people who often get offended by my Facebook posts are the very people they are meant for. #Lol...

72. I think on a whole, success can be defined as peace of mind.

73. Mankudivi came and changed almost everything about me. I wouldn't have known what it feels like to be a father and the joy it brings. Being a father has taught me the extent I didn’t know I could love someone, the strengths I didn’t know I had and dealing with fears I didn't fear or know existed. My life has been enriched and every now and then I'm checking up on my son.