Thousands sign up for Covid-19 vaccine clinical trials in France 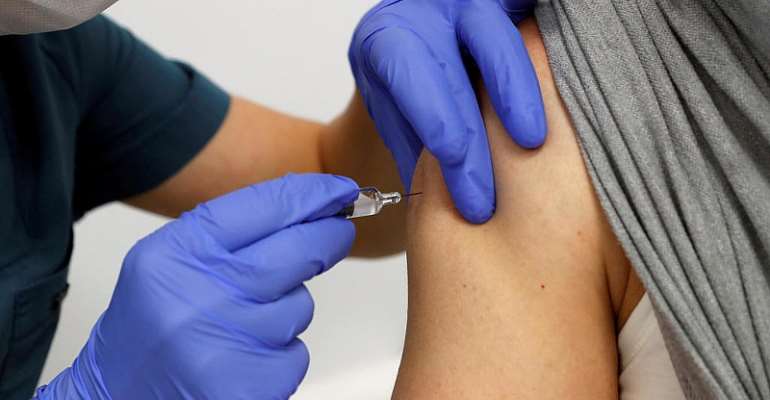 In less than ten days, 25,000 volunteers have signed up to be part of the Covid-19 vaccine testing programme coordinated by France's medical research facility Inserm.The recruitment drive is the first of its kind ever launched on such as scale in France and will open the way to testing before the end of 2020.

Since enrollments started on 1st October, 25,000 people have signed up via the online platform known as 'Covireivac', coordinated by France's medical research body Inserm.

Volunteers are invited to fill out a health questionnaire and they must be at least 18 years of age.

The idea is to have the largest possible selection of profiles (age, sex, location, medical history) which can be matched to the needs of future tests, explains Odile Launay, infectious diseases specialist at the Cochin public hospital in Paris and coordinator of the Covireivac platform.

"Those people who have already been infected and developed Covid-19 antibodies are not excluded from the trials," Launay said, adding that not everyone who signs up will be called.

"The regions where the virus is most active will be selected first in order to test the efficacy of the vaccines."

According to the World Health Organisation (WHO), there are 42 projects being tested on humans worldwide, ten of those in phase 3, the final step before commercialization.

Currently in France, there are two phase 1 clinical trials being conducted.

A Phase 1 trial for a Covid vaccine developed by the Pasteur Institute in collaboration with other labs is underway at the Cochin hospital in Paris, involving healthy patients.

At the same time, a study on how the anti-tuberculosis vaccine (known as BCG in France) effects general immunity and its possible protection against the Covid-19 among hospital staff is underway at the Pasteur Institute in Lille.

Trials to begin
Inserm says the future testing programme envisaged for France will be divided into Phase 2 and Phase 3 trials, testing a number of different products, hence the need for a large number of volunteers.

The Phase 2 trial will aim to study how well a vaccine produces an immune system response. This is designed for elderly patients, or patients with existing illnesses, whose immune systems are generally weaker and more at risk of developing serious forms of the disease.

Phase 3 trials will aim to study the efficacy and safety of potential vaccines on a large scale.

The trials are expected to begin before the end of the year, depending on how the epidemic evolves in France and the readiness of laboratories to begin testing their products.