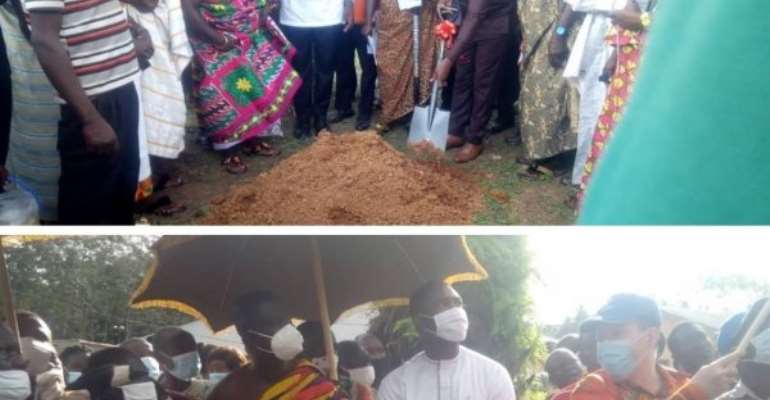 Dr Bernard Okoe Boye, the Deputy Minister of Health and Chiefs and People of Kwahu Nkwatia have cut the sod for the construction of a modern 40- bed capacity hospital project to provide quality health care to the community and its environs.

The project, funded by the Government of Ghana has been awarded to Vamed Constructions Limited and would be completed in two and a half years.

The project, on completion, would have an Out Patients Department (OPD), antenatal consulting rooms, offices for health workers, major and minor surgical suits, recovery ward, children's ward and Female and Male wards.

At a sod- cutting ceremony held at Nkwatia, Dr. Boye said improving and expanding health facilities to make healthcare delivery more accessible in the country was the utmost priority of the government and gave the assurance that they would continue to support the health sector to grow.

ed Regions including the Eastern Region with five communities benefitting from the policy.

He said with the provision of the facility, it would help end the hustles patients go through to access quality health care and would also help to decongest the Atibie Government Hospital that served about four districts in the Kwahu area.

He called for continuous practice of healthy and good lifestyles to the maximum to avoid contracting preventable diseases in the community and appealed to chiefs and people of Nkwatia to be watchdogs of the project.

Mr Isaac Agyapong, the Kwahu East District Chief Executive (DCE) said more doctors were needed in the district to head smaller health facilities that would cater for severe cases and pleaded with community members to cooperate with the contractor to complete the project in the stipulated time.