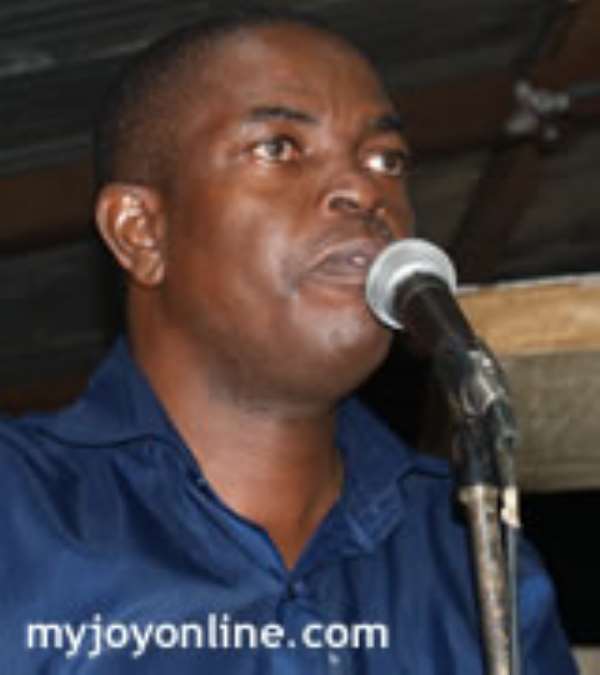 Ghana has a chequered political history which spans three scores and three years. The West African nation has had its ups and downs, good and bad, gloom and bloom over the period. But one cannot discuss or talk about this epoch without peering back into the yesteryears or the period that predated this political history.

Pre-independence Ghana which was then called the Gold Coast had a tortuous journey to its anticipated political freedom. And the marked contributions made by the Big Six cannot be downplayed any way whatsoever. . Indeed,, it witnessed a myriad of challenges among them--- the struggle for self-rule, pursuit of African identity (Africanness) and the founding of a new statehood. The new Ghana under the able leadership of Dr. Kwame Nkrumah would bring together the Ashanti Kingdom, the Northern territory, the British Togoland and the Coastal areas of then Gold Coast.

Without a doubt, Ghana is what it is today due in part to the unity and diversity it's been enjoying over this period. Thus we cannot afford to toy with it. And we shouldn't distort the history either. Rather, we must live to learn that everybody is somebody. And even those that removed democratically-elected governments cannot be left out in this discussion, because their contributions good or bad made it what it is today.

First Republic jolted:
Nine years after Ghana's independence in (March 6, 1957) the new nation suffered its first political upheaval.Ghana's first President Osagyefo Dr Kwame Nkrumah was removed from office on the 24th of February 1966 in a military coup,led by General Emmanuel Kwasi Kotoka and Brigadier AKwasi Afrifa. And the nation would then be wrought by a series of coups.

Since that time Ghana has had four republics.
The first three republics-- 1960, 1969 and 1979 were marked by turbulence--a period this writer calls 'Ghana's Gloom Days'. It was a period everything zagged instead of zigging.

The first Republic which was steered by President Nkrumah as earlier indicated was torpedoed by the military junta. The 1969 under the presidency of Edward Akufo-Addo administration was short-lived. Prime Minister K.A Busia was the head of government business. That government was overthrown by General Kutu Acheampong then colonel.

Between January 13 1972 to June 4, 1979, Ghana witnessed at least three successful military takeovers. The Acheampong'regime was decapitated by another General -- Fredrick Kwasi Akuffo in 1978 and just a little over one year his administration also fell. The Armed Forces Revolutionary Council that toppled the NRC II the Fredrick Akuffo government was spearheaded by then Flight lieutenant Jerry John Rawlings.

In 112 days the junior military officer would hand over power to a civilian rule in September 24 1979. That culminated the birth of the Third Republic after nearly a decade of military rule. But as fate would have it, Mr Rawlings came back and removed then-President Dr Hilla Limann in December 31, 1981. And it would take almost two decades for another Republic to be established.

The Fourth Republic which is the longest in the nation's political history (28 years), has perhaps seen it all. It's seen six or seven peaceful and successful transitions of power (change of governments), seven parliaments, two women Chief Justices, five democratically elected presidents and many more.

Arguably seen as the bastion of democracy in the sub-region and across the continent, Ghana seems to have overcome all the odds or social-political challenges until a secessionist group known as Homeland Study Group Foundation ruffled the nation's colorful feathers on Friday 25 September 2020. The group says the people of the Volta Region have been marginalised for far too long, hence the call for a break away Western Togoland.

But why now? Why now when the nation is just about 60 days to the December 7, General Elections?

That's a question many have asked since the group ran amok---blocking roads and vandalising state property. There also appear to be other factors that triggered the insurrection.

Failure to embrace Nkrumah’s vision
It's believed Ghana's failure to follow and embrace Osagyefo Dr. Kwame Nkrumah’s vision of building a prosperous United Ghana linked with project for uniting all of Africa under the banner of socialism may have contributed to this problem.

"..Tio think that there can be military solution to what is happening in the Volta Region is absolutely crazy. Those who want to apply military solution will only exercebate the condition in the region," Mr. Pratt argued.

According to the senior journalist up to 1956 when the plebiscite was organised the secessionist movement has always been in the minority. And that phenomenon in his own words: And I think that now it's even in a smaller minority than it was in 1956."

"They couldn't win the referendum. After they'd been defeated in the referendum they went to Alavanyo and wanted to start war and Nkrumah’s government sent out troops to crash them. They'd never been successful.," Mr. Pratt underscored.

So, if Nkrumah used troops to 'crash' the secessionists at the time how can't this administration do the same?

What makes the current movement different from the 1956 attempted secessionism? Doesn't the recent one look more troubling and concerning?

He acknowledges the remarkable roles played by some individuals in this struggle, adding there's a record number of people in the Volta Region who believed in the Ghana project.

"Those same united and progressive voices are the voices we need to cultivate in order to build a strong counterweight to the HSGF and what it represents and what's been able to mobilise," he said.

Like many political and security analysts have stated in the aftermath of the group’s lawless activities, Mr. Pratt said he finds the HSGF argument baseless and has further debunked their view that the 1957 plebiscite was to last for only 50 years.

"There's nothing to suggest that the plebiscite of 1956 was only for 50 years. It is not true. It has no basis and it's a figment of imagination of lunatic people," he argued

So I guess my question is:
Why should and must government negotiate with 'lunatic people?' Does that make sense?

That said I think there are some salient points the seasoned journalist made that must be considered and should be addressed by all governments going forward. It's my hope that today and future governments be they NPP, NDC, PPP or CPP must embrace this vision:

The Volta Region has always been part of the progressive ethos if Ghana's politics and always aspire to embrace the ideals of Nkrumah and the progressive forces of Ghana, according to Mr. Pratt.

There must be a reason to this problem, he argued.
" It is not tribalism." He put the blame squarely to this-- "Is the fact that those who led the agitation to join Togo came from the right-wing of Ghana's politics led by S.G Antoh of the Danquah-Busia tradition. So the rejection of this secessionism of this myopic idea of breaking apart of Ghana....is one of the reasons. I suspect is responsible for the rejection of the Danquah-Busia tradition," Mr Pratt concluded.