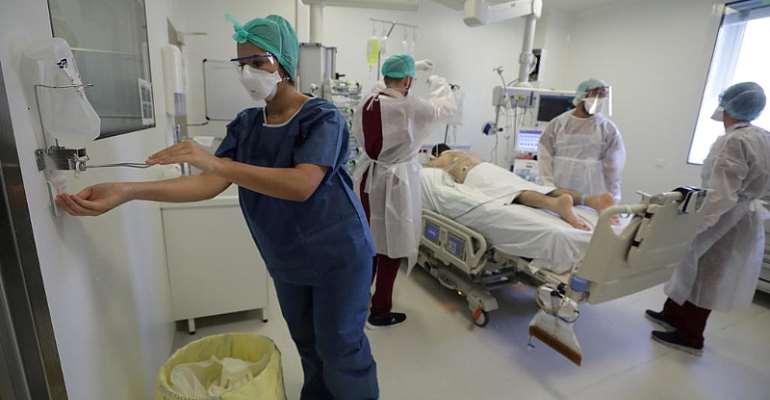 A new survey shows that French people have a high level of confidence in the country's health professionals to deal with the Covid-19 crisis but they are worried about the future of the hospital system.

The dissatisfaction expressed by workers in the sector suggests it will have a hard time finding candidates to fill its ranks in the future.

59 percent said they were worried about catching coronavirus at work, a figure which jumps up to 68 percent when it referred to people working in the health field.

French people were overall appreciative of their national hospitals with 8 out of 10 (83 percent) saying they felt the system had held up well under pressure during the first wave of the virus earlier this year.

Pessimism
Despite this outlook, 83 percent of French people polled said that the hospital system was in danger and that it had not been taken into consideration enough by the government.

To this end, 97 percent said they felt protecting the public hospital system was of major importance to the future of the country, a sentiment headed up by health professionals (97 percent), followed by pensioners (93 percent) and students (64 percent).

French people appeared pessimistic when it came to the quality of health care in the future, with 61 percent afraid it would deteriorate. 91 percent of health professionals said they were extremely pessimistic.

82 percent of those polled said public hospitals did not receive enough in terms of funding and human resources.

In terms of a professional future, the survey concluded that the reputation of the health sector had suffered over the years, attracting less new candidates.

'Not appreciated'
Most health workers said they felt their work was not appreciated (82 percent) and that they didn't have any hope of promotion (74 percent).