Our God Is Evil Indeed 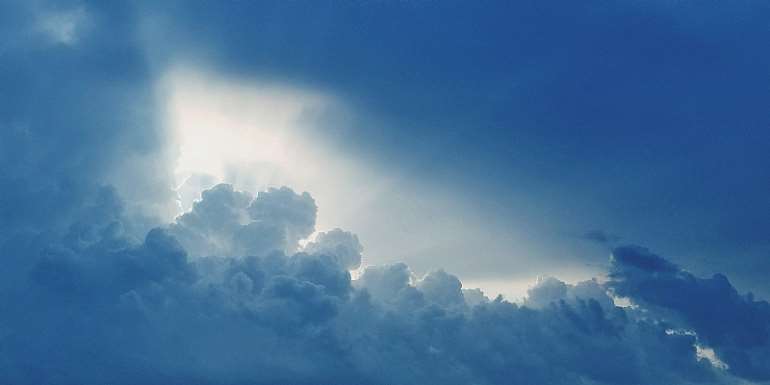 And all those who claim to have seen God or heard his voice are therefore liars, hypocrites or sick people. And all those who are worshipping God are wasting their time. There has never been any use of our worship of God. And there will never be any use for our prayers.

Nobody has ever performed any miracle on earth; and nobody can perform one. Nobody can prophesy about any future happening. They are all in the tricks and games. No heaven exists anywhere. No hell exists anywhere. The earth and this life are all we have.

And all we need to do to realize how useless our worship is, is just to account for our profit and loss. And if we do the accounting well, we will realize that we have been shortchanged. We have wasted time at these churches and synagogues and mosques throughout our lives for nothing. We have paid our tithes and offerings for nothing. And if we have performed any rituals anywhere at any time, that too is for nothing. We have fed the gods for nothing. Other have merely fed fat in his name.

For our worship of God, everything that has accrued to us is simply evil: We hate a class of people with passion. We condemn them. We don’t see any good in them. We set ourselves apart from them. We look down on them. We allude scatological activities to them. We curse them out and wish them ill. Of our countries and states, we renounce them and claim alien blood, alien ideas, alien cultures and alien thinking.

Of our mothers and fathers, we have declared them as evil and witches and neglected them, finding fathers and mothers in religious goons and feeding them, clothing them, genuflecting to them and gobbling their spittle, urine or bathwater.

The conduit for our worship of God is the voluntary delivery of the brain for the complete obnubilation by the enemy masquerading as God’s deputy. Religion cleans the mind up and leaves the man to live with trash in his head, finding no use for his brains. Religion also makes an Israelite (that is a lobotomized idiot) of everyone, to be enchanted by their Moses, the most evil man that ever lived.

He killed over a million Israelites in the wilderness, including Aaron and Miriam, his own siblings that supported him, collaborated with him and protected him. All the Israelites inhaled his bad breath and thought of it as a good perfume to pass on to their children. Fortunately, the modern-day Jew has grown out of the Moses folly: 50% of them are now atheists, the largest of any ethnic group.

There is no moral or ethical principle with these religious people. They teach you how to be as wicked and stupid as you could be. For example, as soon as the Egyptian king freed Joseph from slavery, his first act was to enslave the entire Egyptians with food. Thereafter, the Egyptians also enslaved all the Israelites. The Israelites again enslaved the gentiles after they were freed from Egypt. Finally, the gentiles enslaved the whole lot over and over again throughout their history! It was Joseph that thought of how to enslave nations, and his people were forever in captivity throughout history.

With these religious people, either you enslave them or they will enslave you......even mentally. How will they pray for anybody to be saved? To become like them?: Hypocritical, mean-spirited, hateful, infantile, diffident, mendacious, autistic, racist, ethnocentric, divisive, evasive, irresponsible, fraudulent, cowardly, genocidal, holocaust purveying, psychotic, neuro-bankrupt goons.

Indeed, the fictional God who Moses created in his own image for the Israelites, imposed shame upon them and made them feel sinful and inferior, killing them at will and scattering them all over the world. What did this God Moses created do for the Israelites at any time? Or for anybody for that matter? Except to be an anthropomorphic representation of the evil Moses himself, a conduit of power and enrichment of this desert prowler who claimed to be his deputy.

This God who Moses created has never benefitted anybody except to serve as a means of power and enrichment for other tricksters, magicians, retards and slave masters. These scoundrels also in turn project God in their own images and character; making him as evil and wicked as they themselves are. In the end, every person projects his evil character upon his own God, and makes him as wicked as he or she is. God then becomes the very image of these arrant and errant scoundrels who present him to a naive world as the supreme being.

Remember Moses was burning thousands of sheep on the altar while feeding the hungry Israelites with toxic birds after which thousands of them died. This guy was the dumbest leader that ever lived. He did not have knowledge of basic organization, social structure and commonsensical hierarchy. The leader of the ancient Israelites was an ignorant numskull. Apart from killing them, enslaving them, cursing them and insulting them, the God of Israel never did anything else for the Israelites.

As Richard Dawkins puts it in his book “God Delusion”, “The God of Israel is the most unpleasant character in all fiction......a vindictive, blood-thirsty, ethnic cleanser...A misogynistic, homophobic, racist, infanticidal, genocidal, filicidal, pestilential, megalomaniacal, sadomasochistic, capriciously malevolent bully!” What Dawkins failed to note is that there was no God: It was Moses projecting his own evil character on his imaginary god for whom he spoke, ate, had sex and killed or threatened. Moses was the God of Israel!

But we rely on books presumably written by him and others like him thousands of years ago to worship God? These books, no matter their origins, are books of fiction, myth, curses, genocide, holocaust, hallucinations, slavery, stealing, rape, plunder, renegades, magic, mountebanks, impostors, raconteurs, racism, tribalism, treachery, prejudice, misogynistic ignorance, psychosis, elemental folly, arrant ignorance.....The most evil books in existence are those written for God and religion by the likes of Moses!

Every god is created in the mirror image of his worshippers; and they are all as evil or as good as those that worship them. Unfortunately, the evil trumps the good in the worship of every god, and so are all gods’ acolytes the worst on earth.

But we can stick to wisdom and do good all by ourselves. Wisdom is the same as righteousness, and it has nothing to do with believing in tribal hokum or genuflecting in empty religious ceremonies. It has to do with recognizing the commonality of our humanity and treating every person right and doing the most good to the most people all the time. Feel the fire of love for all humanity, and study its freedom and joy. And calculate the enormous cost of your misery whenever you miss the mark of righteous living. And just reflect on what the world will be if all of us do our best for one another.

Many misguided people follow the lies of God and religion and become truly evil to their fellow human beings. These lies are layered for all of them like a big onion. Throughout their lives, they will continue to peel off one layer of lie after another until they find nothing in the center of it all. Then they will die without knowing basic truth. Because they are too stupid, having spent all of life in the fruitless distinction of one human being from another, thinking the thoughts of Bronze Age Nomads that lived in 3000BC while they are living in the year 2020AD!

They are the most naive persons alive daily imbibing and regurgitating myths like lobotomized idiots. Just as these ancient Israelites from whom they want to trace their bloodline. They themselves were too shallow-minded to detect all the tricks of Moses and were therefore destroyed in the wilderness.

Today, the thought processes of the typical Christian are indeed housed with ignorant nomads who lived thousands of years ago. And they are incarnadined with the filth of religious lies. They all face the inevitability of self-destruction.

I don’t believe in any superstition or spirits or demons or devils or God or gods or stools or succubus or incubus, or any scripture.

I am an ATHEIST. Period.