Beware of a Traitor : An Ɛʋɛ History 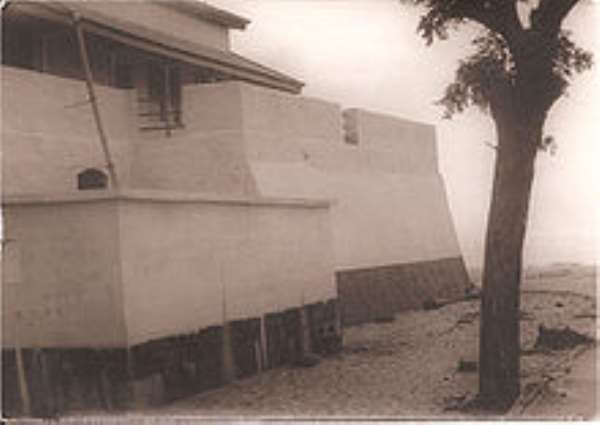 I chose this title for this writeup because we will be talking about wars that happened because of traitors.

My first will be the Keta war or the Gunpowder war. I am not sure about the year but some historians place it between 1844 to 1847.

During this period slave trade was winding up. The Danes were in charge of trade and their fort was situated in Keta. By this time the Danes had surveyed the Ɛʋɛ territory to as far as Kpando and Hohoe areas, but aside trade relations there was no such thing as colonization taking place.

The Keta and Aŋloga people are one people. And the Danes knew this. They had noticed the unity amongst them and how difficult it was to divide and rule them as a colony. So the Danes called the Keta elders in whose territory the fort was built and tried to pit them against the Aŋloga people. So that once they fight and become divided the Aŋlɔ people will become easier to rule.

The Keta elders realized the trick of the whiteman whom they had already named Ayevu meaning a sly dog. Therefore they quickly sent notice to the people of Aŋloga to inform them about the ayevu's trick to divide them through war.

The Keta and Aŋloga people trusted themselves so much that they decided to use gunpowder instead of real pellets that can cause havoc.

On the day of warfare the two sides came with gunpowder, shot shot and caused explosions with the gunpowder to sound so loud that the Danes in the fort could hear them fight. The Danes were happy and thought they were achieving their goal but at the end of the day not a single person died.

The Keta people went to inform the Danes about the war and told them how the Anloga people were so fortified that they could not be killed. The Danes were disappointed and promised to provide them with heavier guns the next time.

However just when the Keta elders left. A man went back to tell the Danes about the whole trick and how gunpowder was used to fake explosions to make a fool of them. The Danes made a deal with this Keta man and told him if truly he meant what he is saying another war would be arranged and this time they would need him to kill just one Aŋlɔga person.

Another war was arranged between Keta and Anloga, again the Danes provided the Keta people with more guns and then they set off to do their gunpowder trick but this one man will kill and start what became a real war that will drive the people of Keta away into a place now called Agbozume.

Since this war took place the area became so unfriendly to inhabit that even the Danes were never able to have peaceful trade with the people of Aŋlɔ again and this was one of the reasons why the Danes sold the fort Prinzenstein at Keta to the British in 1850 and left.

Covid-19: Ghana not part of countries banned by Netherlands ...
42 minutes ago