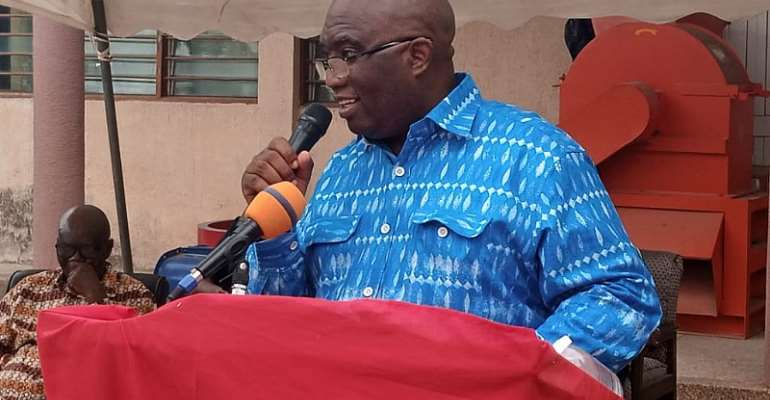 Minister for Railways Development, Joe Ghartey, says the COVID-19 pandemic delayed efforts to have a second feasibility study for the sky train project in Ghana.

The government in 2019, signed an agreement with a South African group, Africa Investment (Ai) SkyTrain Consortium, for the construction of the Accra Sky Train project.

This was to solve the ever-increasing road traffic congestion in Accra, with its detrimental effects on economic activity, pollution, and the quality of life.

Speaking on Citi TV's Face to Face, the Minister stated that the company was supposed to be in Ghana for the final feasibility studies but they are yet to achieve such target.

He added that despite the COVID-19 situation, the company still expressed an interest in finishing the project.

“They were going to come this year when the whole COVID-19 pandemic came in. The South African company has not come in yet. I wrote to them in June to ask if they were still interested and they said they were.”

Mr. Ghartey said, “In 2017 we signed a Memorandum of Understanding with a group who said they want to build a sky train. In 2018, we went to South Africa and we signed a consensual agreement and we signed it with conditions presented.”

The Minister said African Investment wanted the contract for 30 years but said he needed to be given the final sum because at the time it was only the provisional estimates he had.

He added that they signed a consensual agreement based on the condition that, officials of the consortium will be in Ghana for the final feasibility study.

'Don't be cynical, we are daring to be different' – Joe Ghartey

Mr. Joe Ghartey had earlier reiterated government's resolve to see to the completion of the sky train project only if government becomes satisfied with the terms and conditions available by the company in charge of the project.

According to him, the government was not paying for the feasibility of the project, but only liaising with other government agencies to grant the company behind the project access to complete its feasibility studies.

Mr. Joe Ghartey explained that the cynicism the project has been met with , won't deter his ministry's resolve to ensure the skyline project is realized in the best interest of Ghanaians.