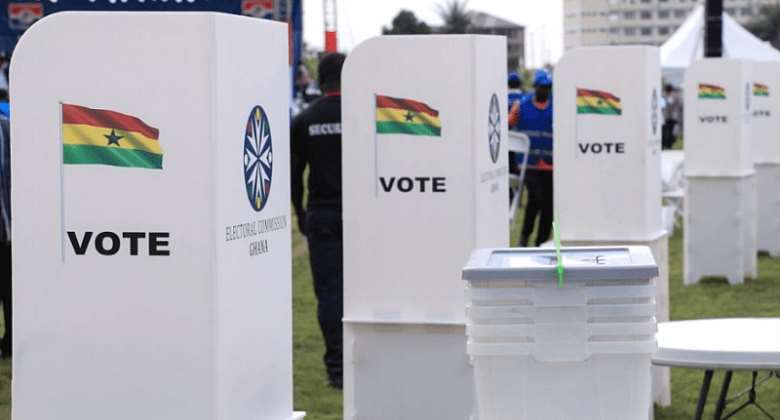 It is as clear as daylight that President Mahama will win the 2020 December Polls with a landslide majority but if care is not taken the NPP/EC's elaborate rigging machinery that has been set in motion could subvert the will of the people!

Nobody should allow himself to be misled or deluded into thinking that the NPP genuinely won the 2016 elections - in fact, evidence abounds in the aftermath of the 2016 polls, that points to the employment and of course deployment of dubious machinations by the NPP which eventually conspired to elect the little dictator presently occupying the highest office of the land!

Dishonourable Kennedy Adjepong, who has taken a cue from "Angel" Obinim by feigning sickness in order to avoid prosecution and who is known for speaking off the cuff, divulged in a fit of fury against his own Party that the NPP won the 2016 elections through the backdoor! And we all know the power and influence this outlaw wields in the NPP!

Worryingly, information filtering in indicates that Nana Addo's NPP has smuggled in Israeli IT specialists to tamper once again with the integrity of the Polls.

We shouldn't lose sight of the fact that during the computation of the 2016 elections results the Electoral Comission declaimed that its system had been hacked - this to me accounted for the victory of the curmudgeon.

I maintained at the time and still insist today that President Mahama shouldn't have conceded defeat in the 2016 polls given the fact that the results had been compromised by hacking ! In fact, Mahama should have called for a nationwide recount of the results of the 2016 elections!

To all intents and purposes, the present electoral commissioner has demonstrated, ab initio, that she is not a neutral arbiter and therefore cannot be trusted to oversee free and fair elections.

She has consistently pandered to the whims and caprices of the NPP regarding every decision the EC has taken even in the face of superior pieces of advice from the NDC and Civil Society Organizations.

A cursory survey of her utterances prior to the compilation of the present new but defective and bogus voters register corroborates my argument. Everyone in Ghana, including all the major Civil Society Organizations foresaw that compiling a new voters register was not going to augur well for the integrity of the Polls apart from saddling the nation with a needless financial burden but the EC and its bedfellow the NPP obstinately insisted otherwise.

Soon after the completion of the new voter's registration exercise, it emerged that figures from the NPP strongholds were artificially inflated by several hundreds of thousands to create space for rigged votes on December 7.

Anybody who thinks this was a genuine error must be a 21 Century Lancelot Gobbo!

Then came the exhibition of the new voter's register and Jesus wept! Thousands of names from the NDC strongholds were either missing from the new register or assigned different genders and many more distortions!

Just take a moment to think about this: during the registration, the number of registrants from NPP strongholds was inflated and during the exhibition registrants in the NDC, strongholds were depleted! This is never a coincidence but a grand orchestration by the EC and NPP to rig the elections by any means!

But I am encouraged by the comforting words of president Mahama that he won't accept the outcome of a flawed election!