A Minister Should Have Tough Skin For Insults 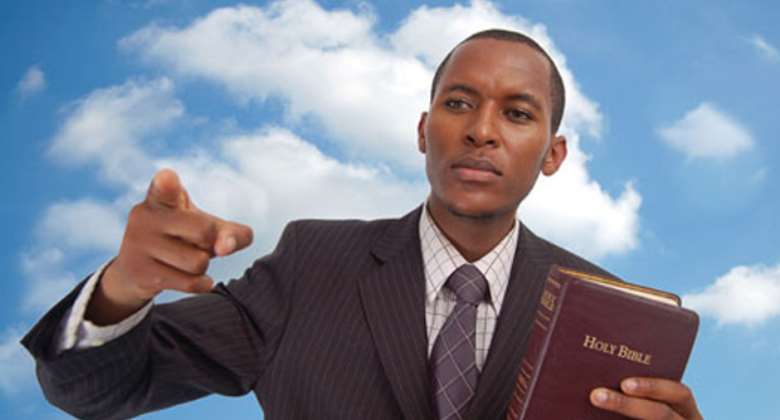 A Minister Should Have Tough Skin For Insults

SHOULD CHRISTIAN ministers trade insults on radio and elsewhere? Have those who habitually exchange verbal attacks really followed the world's Saviour to know Him properly? If a person has carefully studied the Bible, particularly the teachings of the Lord, he would have known that Jesus Christ has tough skin for insults, mockery, scoff and rejection.

And those who carefully follow Christ by His Word and Spirit learn this quality trait of the King of kings. The apostle Peter who walked with Christ bore witness about the Lord in his book that, “When he was reviled, he did not revile in return; when he suffered, he did not threaten, but continued entrusting himself to him who judges justly” (1 Peter 2:23).

Christ did not trade insults with his accusers and opponents because He was gentle and meek. A gentle Christian or pastor is not the one who is well dressed, but the one who is well behaved, non-violent, tolerant, self-controlled and amiable. A pastor who insults in return when he is insulted has not walked with Christ.

The call to Christian ministry is a call to follow and learn from Christ. The Lord Jesus Christ personally invites His followers to learn from His gentleness and humility. Thus, the foundational ministers of Christ of the 1st Century who followed Christ Jesus and learnt from Him refrained from retaliating when they were cursed or reviled.

The apostle Paul confirmed this in his letter to the Corinthian church when he wrote, “…when reviled, we bless; when persecuted, we endure; when slandered, we entreat. We have become, and are still, like the scum of the world, the refuse of all things” (1 Corinthians 4:12- 13).

Practically, the call to Christian ministry goes beyond being dressed in fine clothing, receiving greetings and being addressed with honourific titles; it is also the call to face criticisms, mockery, persecution, insults and name-calling. It is the call to suffer rejection even within the Church. In fact, it is the call to carry the cross of Christ.

Christ the Lord said, “If you were of the world, it would love you as its own. Instead, the world hates you, because you are not of the world, but I have chosen you out of the world. Remember the word that I spoke to you: 'No servant is greater than his master.' If they persecuted Me, they will persecute you as well; if they kept My word, they will keep yours as well. But they will treat you like this because of My name…” (John 15:19-21, BSB).

Since the birth of Christ Jesus, unbelievers have been attacking Him; King Herod sought to destroy Him the moment he heard of his birth, Jewish teachers of the Law and high priests opposed Him greatly doubting that He was the messiah. The persecutory attacks against Christ Jesus continued throughout His ministry until He died on the cross.

Actually, the painful attacks the Lord Jesus Christ endured may be categorized into two – verbal attacks and bodily attacks. The prophet Isaiah had prophesied concerning Christ that “He was oppressed, and he was afflicted, yet he opened not his mouth; like a lamb that is led to the slaughter, and like a sheep that before its shearers is silent, so he opened not his mouth” (Isaiah 53:7-).

Christ was verbally assaulted during the period He went about preaching the Good News of the Kingdom of God and healing those who were oppressed of the devil. His opponents despised Him, saying “Is not this Jesus, the son of Joseph… (John 6:42; Matt.13:55).

And Christ was physically assaulted during His betrayal, arrest, trial and crucifixion. The Bible says, “…one of the officers standing by struck Jesus with His hand (John 18:22). Then they spat in His face and struck him (Matt. 26:67). And some slapped Him (Matt. 26:67). And they violently stripped Him naked (Matt. 27:28).

Indeed, there is no doubt that Christ Jesus suffered; He endured both verbal attacks and physical torture at the hands of His opponents. Yet, the Lord never opened His mouth to curse or insult them. Should the modern ministers of the gospel not follow the Master and learn from His gentle reaction to insults and mockery as the foundational ministers did?

Ecobank has no application pending before Supreme Court — La...
54 minutes ago

Covid-19: Health workers are tired, get vaccinated to protec...
54 minutes ago