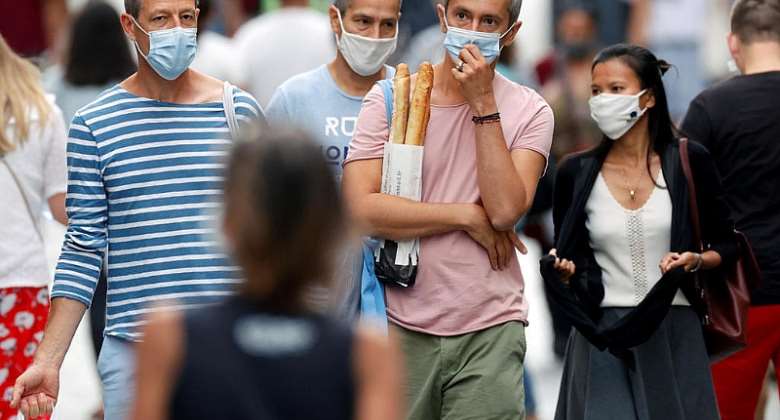 Gatherings of more than 10 people will be banned and bars made to close early in Paris and eight other major cities from Saturday, as France introduces a new alert system to stem an end-of summer surge of coronavirus infections.

Bars and restaurants in both regions will be completely closed from Monday for a period of two weeks.

In areas of “high alert”, including Paris and its inner suburbs, Lille, Toulouse, Saint-Étienne, Rouen, Grenoble and Montpellier, gatherings of more than 10 people in public spaces "such as beaches and parks" are prohibited from Saturday.

Bars will be made to close at 10pm from Monday, while gyms and reception halls will be closed altogether.

"If the health situation further worsens in these areas, a state of health emergency will be established," Véran said.

Paris 'under strain'
The hospital system in the wider Ile-de-France region surrounding Paris – where people have been wearing masks for weeks – is “under great strain”, Véran added, warning the number of hospitalisations this week had doubled to more than 1,000.

Last week the rate of infection in Ile-de-France rose to 204 per 100,000 inhabitants, higher than in other hard-hit cities such as Lyon and Marseille.

While the reimposition of lockdowns are not planned for any large cities, Véran said local police prefects would be free to impose stricter rules after consulting with local MPs.