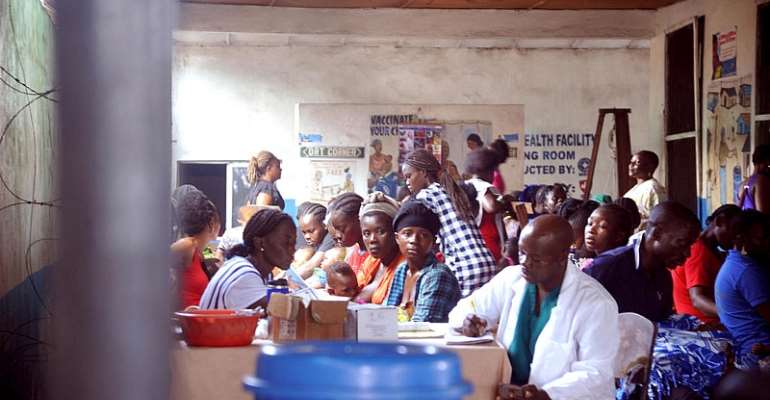 Striking Liberian health workers who are demanding salary increases and hazardous pay for working during the Covid-19 pandemic are to be fired and replaced, following a new directive by President George Weah.

The government says that despite initial steps to peacefully resolve the situation, the leadership of the National Health Workers Union of Liberia (NAHWUL) refuses to compromise during negotiations.

“The Ministry of Health has been instructed to solicit applications from qualified health workers of various grades, including nurses, nurse aides, midwives, laboratory technicians, etc. in order to fill the temporary vacancies that have resulted from the strike action,” read a government statement.

NAHWUL is demanding an immediate pay rise for over 9,000 health workers that could cost the government €12.8 million in direct benefits, and €6.8 million in hazardous benefits pay.

Despite their demands, Information Minister Lenn Eugene Nagbe said the government had already allotted an initial €1.7 million in hazard benefits but that the striking health workers had refused to return to work, hence the threat to replace them.

He acknowledged the sacrifice health workers continue to make and said the government emphasizes that there are limits to its capacity to handle all of the workers' demands in the short term.

Volunteers filling in the gap during the strike action will be given preference in the recruitment process as negotiation with the striking health workers continue, Jallah explained.

Despite the threats from the government, the leadership of the National Health Workers Union of Liberia say the government is not serious in trying to resolve the stalemate.

According to the union's Secretary General, Deemi T.  Dearzrua, the president's mandate is a joke, only intended to exacerbate the situation.

The Liberian Medical and Dental Association (LDMA), an umbrella group of all doctors and dentists in Liberia, has frowned on the government decision to replace the striking health workers.

“Given that the health workers are absent, it's just a matter of time before the entire healthcare delivery system crumbles and the death toll among patients increases exponentially,” LMDA's President, Dr. Emmanuel K. Ekyinabah told a news conference Monday.

Minister Nagbe said the government welcomed calls for dialogue but maintained that the vigorous recruitment exercise intended to replace those on strike had already started.

Although Liberia is replacing striking health workers, health workers in Nigeria who continued to strike during the pandemic have not been fired.

Despite the stalemate, LMDA and many Liberians are calling on both parties to negotiate or call off the strike in order to avoid a breakdown of vital health services.