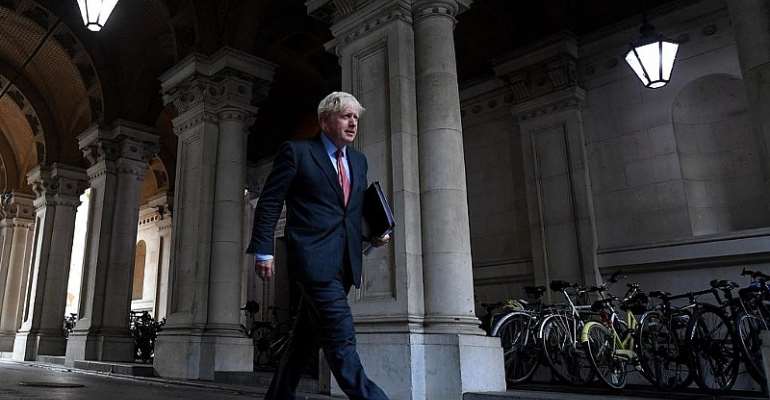 The British government has tightened restrictions to stem a rising tide of coronavirus cases, with Prime Minister Boris Johnson ordering pubs, bars and restaurants across England to shut early, and abandoning calls for people to return to the workplace.

More restrictions were forthcoming in Northern Ireland, Scotland and Wales.

As Britain, like much of Europe, faces a second wave of Covid-19, Johnson said measures were needed now to prevent further, more costly, action later.

"This is the moment we must act," he told parliament.

Johnson said the measures, which could be in place for up to six months, would be bolstered by greater penalties for infringements, a boosted police presence, and military back-up.

If government actions fail to bring the rate of infection down, Johnson warned, "we reserve the right to deploy greater firepower with significantly greater restrictions".

"Your harmless cough can be someone else's death knell," he warned.

Grim predictions from the WHO

The pandemic is showing no signs of abating -- more than 31.2 million infections have been detected globally, with 964,000 deaths -- and nations are scrambling to contain new outbreaks.

The WHO said 1,998,897 new Covid-19 cases were registered around the world last week -- a 6 percent increase over a week earlier.

It was "the highest number of reported cases in a single week since the beginning of the epidemic," the UN health agency said.

However the number of deaths declined by 10 percent over the previous week to 37,700.

British government scientists have painted a grim picture of up to 50,000 coronavirus cases a day by mid-October, and more than 200 deaths a day a month later if no action is taken.

Pubs, bars and restaurants will have to close early at 10pm local time, 2100 GMT, from Thursday, while face masks will be made compulsory for staff in retail outlets, as well as in taxis.

From Monday, weddings and receptions will be allowed a maximum of 15 people, although funerals can still have up to 30 in attendance.

But Johnson's call for people to work from home again wherever possible comes just months after the government encouraged the opposite.

He also called a halt to the planned phased return of fans to live sporting events in England from 1 October.

"We have to acknowledge that the spread of the virus is now affecting our ability to reopen business conferences, exhibitions and large sporting events," Johnson told the House of Commons.

The leaders of more than 100 sports bodies have written to Johnson to ask for emergency funding, warning of "a lost generation of activity".

Football's Premier League chief executive Richard Masters has said it is "critical" to get fans back into stadiums soon, with clubs facing enormous losses.

The prime minister said the measures announced on Tuesday would remain in place for "perhaps six months".