What Is There In A Name? The Psychological Impact Of A Name On A Person 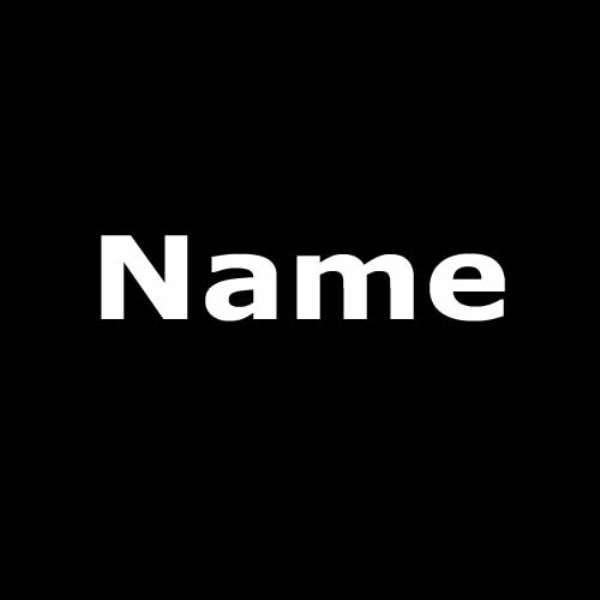 “Please, what is your name?” is often the first question asked by strangers. Based on the name of a person people form their judgements about their personality. As introductions have more to say about the content of a write-up, so does your name speak about your personality. But what is there in a name?

This whole expression violates the sanctity of the name given to a person, especially in the social context of Africa. More so, the expression proves to be an Achilles hill in the round of intellectual argumentations.

As the guest speaker of the 27th July, 2004 Democratic National Convention in Boston, Barack Obama began his speech by devoting the first 2 minutes discussing his lineage and the meaning of his name. He said his parent gave him “an African name Barack or Blessing believing that in a tolerant America, your name is no barrier to success”.

Why was this so important in Obama’s Speech? This was important because knowing who you are from your name helps you to relate better in the midst of others. Again, your name could determine the extent to which one could excel in certain societies.

The truth is, in the Ghanaian context, hearing names such as Nkrumah, Danquah, Akufo-Addo, Mahama, Ofori-Sarpong, Agyemang Prempeh, Tsikata, Ofori-Atta, Agyapong and others alike come with some imagery of wealth and royalty in the minds of listeners. A question one having such a name cannot skip responding to is “Are you related to so so and so?”

This may not be unique to only Ghana. Same questions may come up if you should sit in the same class with a colleague who has Bezos, Gates or Zuckerberg attached to his name. All these show that a person’s name confers identification, honour or wealth on them. Parents sometimes name their children after their best friends, sisters, brothers or any honourable person as a way of paying homage, symbolize a bond or as a reminder of the relationship that exists between them and the people. In the light of these, Garvey Williams’ expression is inaccurate.

The Bible, which is the sacred scripture of Christians has numerous instances where the birth names given to certain people had to be changed.

Before God promised Abraham, that he will be the father of many nations, his name was Abram which meant “Exalted father”. However, his actual state symbolized “Childlessness”. Hence the change of name from Abram to Abraham represented a change of state. Jacob’s name was changed to Israel symbolizing a Nation. In Daniel 1: 7 the Bible says “Unto whom the prince of the eunuchs gave names; for he gave unto Daniel the name Belteshazzar, and to Hananiah, of Shadrach; and to Mishael, of Meshach; and to Azariah, of Abednego”. In here, Judah was captured by King Nebuchadnezzar’s Babylon. The change of the Judaic names to that of Babylonians basically symbolized the transition of a state of Freedom to Slavery. Why was it necessary for a change of name in all these contexts?

The name of a person represents his status in society. The difference between a rich man and a poor man is the name rich and poor. Not forgetting Jabez whose name was a symbol of sorrow and poverty. In 1 Chronicles 4: 10, Jabez had to call on the Lord to bless him, enlarge his territory and grant him protection. This meant that the name Jabez was a name that brought him impoverishment and insecurity. In such situations, a change of fortune must come with a change of name.

In a research titled “We look like our name”, Goldenberg, et.al (2017), discovered that “the social attitude that a name triggers and its influence on one’s identity may affect the individual’s self-perception and development of traits, which eventually may be realized in his or her facial appearance”. This makes the issue of a person’s name transcend above social description to personal trait development.

This means that the positive or negative tag associated with a name can affect how the bearer of that name think about him or herself in relation to the society around him or her. This suggests that confidence, courage, intelligence, discipline, temperament and others could be associated with persons having certain names, and not others.

Adam Alter, a professor of marketing and psychology asserts that the name of a person is a determining factor on how far they could rise in their carrier. Basing his supposition on the structure of a name, Alter asserts that a person who has a name that is simple to pronounce has a higher chance of rising in the corporate ladder than a person with a complex name, even in the situation where both people started work on the same day. Alter also posits that people are more likely to be benevolent to other people who share in the same name as them.

With this being the case, a name cannot be a mere “nonsense syllables” as asserted by Garvey Williams. Rather, a name is a life-changing description that can alter the path of success or failure for an individual.

Throughout my life, I’d known that the name Michael was the most superior of all-male given names, and Michelle was the best among all female names. I read about the life of people called Michael or Michelle, Michaela and Michel, and I have fallen in love with all such persons I have come across including all those Movie casts.

Until I met a lecturer with the name Michael during my days in the University, I learnt that there are two types of Michael’s; the original and fake. Funny as it may appear, I learnt that it was compulsory for people with the name Michael to exhibit certain intellectual prowess, a sense of confidence, great social life, great communicators and they must adore their names. Hence anyone who could not exert these characteristics better was a fake Michael. Hence, Michelle Obama, Michael Bloomberg, Michael Jordan, Michael Owusu Addo (Sarkodie), are some typical examples of the originals.

The relevance of this inclusion is to show that a name is a spirit, a characteristic that becomes part of a person’s genetic makeup. It is in view of this that the Good book cautions that “A good name is to be chosen than great riches”.

If names were a combination of “nonsense syllables” nothing would have made sense on God’s-green-earth. Therefore, in choosing a name one must first ask “what is there in this name?”. The last time I saw “Abodam” (Mad man), who was my senior in Junior High School, he was attempting to jump over his own shadow. His self-appointed nickname was having an impact on him. What does your name say about you?