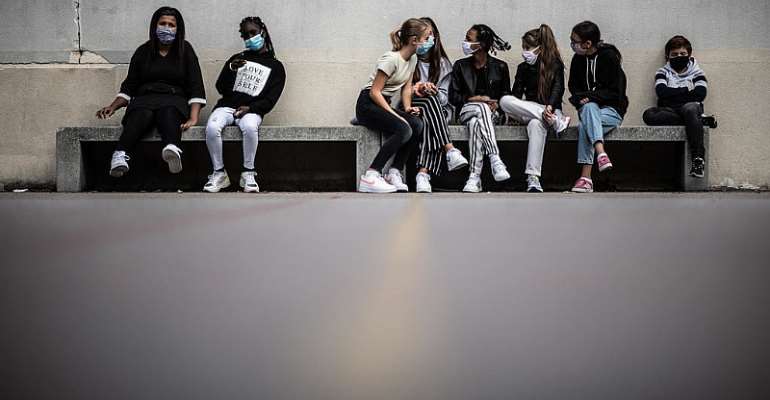 A group of six leading French doctors and professors have called for an end to private get-togethers as the Covid-19 epidemic worsens, echoing the government's appeal for more responsible behaviour. But other health specialists say the government lacks a strategy in how to stem the resurgence of the virus.

“We are entering a new stage in the epidemic: it is spreading,” the six health specialists wrote in a tribune published in Sunday's Journal du Dimanche newspaper, warning there was “probably little time left to act collectively”.

Few could dispute their analysis: a record 10,561 new cases of Covid-19 were registered in the last 24 hours; 17 people have died.

Forty-two of France's 94 departments are now classified as “red zones” (50+ cases per 100,000 inhabitants) and there are critical zones around Marseille, Bordeaux and in French overseas territory Guadeloupe.

“After the joy on getting together in the summer, it is now time to pay attention to private gatherings,” they wrote, citing the example of Birmingham in the UK which on Friday introduced a ban on get-togethers between friends and family members.

“It is perhaps time to blow the final whistle on playtime…and avoid, as far as possible, private gatherings,” they continued.

Their explanation is not new: the smaller the room, the closer people are, the less ventilation there is and the greater the risk of transmitting the virus.

The French government has also appealed to individuals to behave responsibly to stem the severity of the second wave, repeating the message to respect the face mask, hand-washing, physical distancing mantra.

On Friday the French prime minister Jean Castex also provided local authorities with the power to work out local strategies.

Prefects in the 42 “red zones” are allowed to introduce extra measures such as compulsory face mask wearing, limiting numbers at gatherings, and modifying shop, cafe and restaurant opening hours.

But there is no obligation to do so, leading to a lot of disparity among the "red" departments.

In Paris, Marseille and Lyon, mask wearing is compulsory everywhere. In in other big cities like Nantes, Montpellier or Lille it's only mandatory in some busy streets.

While some are considering closing markets once more, others continue to authorise gatherings of up to 5,000.

The policy on schools also varies widely too: some schools have closed classes after one child tests positive, others remain open despite several cases.

Dab is particularly critical of the test, trace and isolate scheme which Health minister Olivier Véran said was reaching around 700,000 people each week.

“But people are struggling to get tested and we're reassuring anxious people rather than identifying those who are ill. You can't follow the chain of contacts when the results are only available five days after the first symptoms,” he regretted.

“We identified five contacts per case in July, now it's less than two. It's a fiasco.”

Dab is in favour of saliva tests, which people can easily administer themselves and get immediate results.

France is still doing research on the feasibility of widespread saliva testing so, unlike in Hong Kong and the United States, they are not yet approved.

“Even if they are less sensitive than the PCR [nasal version], we have to use them," said Dab. "Should we be losing even more time evaluating the test when they could be reducing queues at laboratories? Having those tests quickly would be a game-changer."