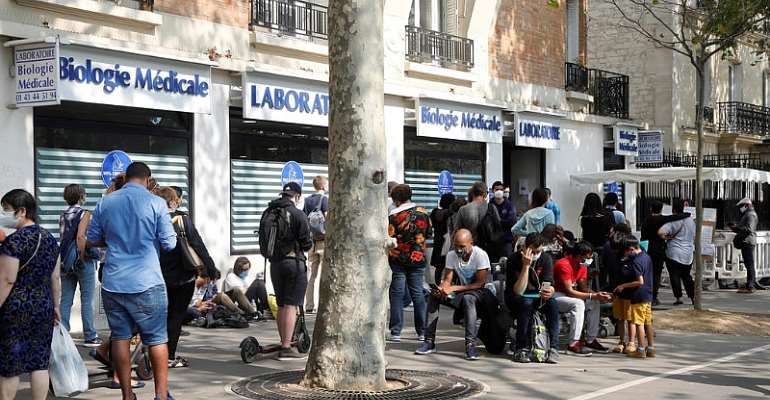 Saturday's record figure came after French Prime Minister Jean Castex warned on Friday that there had been a "clear worsening" in France of the spread of Covid-19, which has "not lowered in intensity" and "will still be with us for some months".

A previous high of 9,843 new infections was reported on Thursday.

Despite the soaring cases, Castex did not announce any major new restrictions, saying France's aim is to "avoid a general lockdown" and succeed in living with the virus through social distancing, mask-wearing and ramped-up testing.

The prime minister said his government would implement fast-tracked Covid-19 testing for priority cases and provide local authorities with the power to make some businesses reduce opening hours.

The country's Defence Council met on Friday to discuss new measures to stem the spread of the virus, while experts say that tough measures will have to be taken to stem the recrudescence in cases.

Jean-François Delfraissy, head of the scientific panel counselling the French government on the coronavirus, said on Wednesday that the government would be "obliged to take a certain number of difficult decisions...in the next eight to 10 days at most".

In its daily update, the French health ministry reported that 772 clusters were being investigated, an increase of 86 in the past 24 hours.

Over the past week, there had been 2,432 arrivals in hospital for Covid-19, including 417 entries into intensive care units, the ministry said.

The death toll since the start of the Covid-19 outbreak this year in French hospitals and nursing homes has reached 30,910, with 17 deaths recorded in the past 24 hours, it added.

(with AFP and Reuters)