Yentik Gariba Writes: Okyeman Youth Demand For Jm To Apologise; A Hypocrisy Of The Highest Order 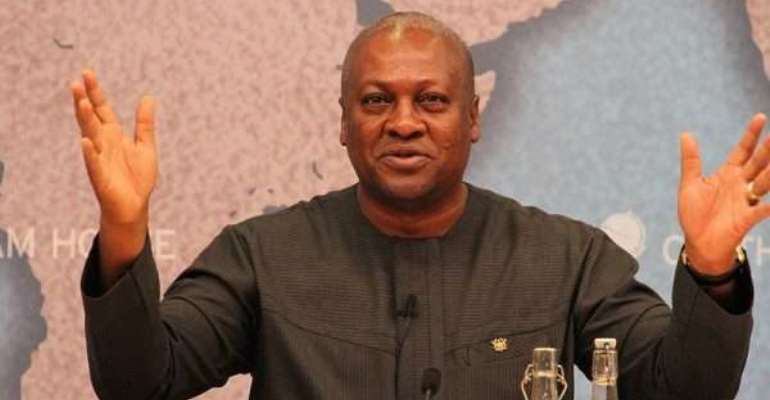 The call by the above named group, following President Nana Akufo Addo's outburst at Mahama's Akyem Mafia comments, is not only unfortunate, but a hypocrisy of the highest order, and an attempt to divert public attention from the abysmally failed administration of the Nana Akufo Addo that has left in its wake a series of precedented hardships in the Ghanaian society.

It is quite imperative to ask certain rhetoricals for the reasoned minds:

When has the presidency turned into a civil society organisation(CSO)?

Must it take the President to demand for an apology from John Mahama for apparently no crime committed?

When has comments of ethnic dimensions become criminal in this country?

Is President Nana Akufo Addo now more conscious than before in the affairs of this country than the CSOs?

If he is, was he aware of the comments made by Hon. KT Harmond on Voltarians?

Was he aware of the comments and actions made by Hon Hawa Koomson at the registration centre?

We must get serious for once! We are witnesses to series of unguided ethnic sentimental and derogatory condemnable comments made in this same country where CSOs and other respected state actors expressed their dissenting views and called on such hooligans and hoodlums to apologize, to no avail. Was president Nana Akufo Addo ontop of issues at the time? What did the president, Nana Akufo Addo, do as someone who wanted to set a precedence for good governance, and to deter like minded fellows from following suit? The opinionated idea that John Mahama should apologize, and the rush to instigate and berate CSOs and the National Peace Council for being quite amounts to dishonesty, and indeed, a hypocrisy on the part of the president.

As the adage goes, "those who live in glass house, should not throw stones." John Mahama has not said anything new, nor criminal! Facts be told, he is equally a human like KT Harmond, Kennedy Agyapong, Ursula Owusu, Chairman Wuntimi and a host of others who have made the worst ever ethnic comments which had the greatest propensity to have plunged this nation into chaos, and was supposed to have been condemned by the president which never did attract his attention. Ghana is not an aristocratic dynasty and for that matter no one can cow others to kowtow to the whims and caprices of the few MAFIA societies in the country. The threat that he won't step foot in Eastern Region should not be misconstrued to be a source of political victory to NPP. It is rather condemnable in the strongest terms possible for a democratic regime like ours, for a group, that called itself concerned youth of Akyem, to issue a threat to a colleague harmless citizen to forcefully apologise or cease stepping foot onto their soil. Must it take REASON or FORCE to get someone to apologise for making a wrong comment? It is refreshing and educative to note that people have won elections while in jail or behind bars in this country and abroad before! I wish to state that such like minded groups, If they have no idea about the history of this country, please go and read your history! NDC can win elections in Eastern region without John Mahama stepping foot there. Mark it!

As democratic society, we expect our Presidents to setting precedences that are worthy of emulation and can inure to the benefit of all, and not the fortunate few.

If President Nana Akufo Addo and the so-called Okyeman Youth meant well for all Ghanaians, and not just a political party nor an individual, then they should please start demonstrating against, and calling on all those NPP MPs and party apparatchiks, to as a matter of necessity and in good faith, apologize for the unguided ethnic sentimental comments they have made in the past and went court free.

With a Common destiny.