Accra: A Tale of Empty Mansions and 'Homeless' People 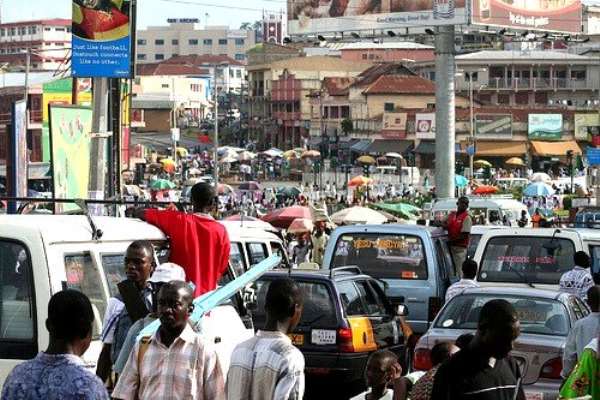 A couple of nights ago, I drove through East Legon - arguably one of the nicest and most preferred suburbs of Accra. One would naturally expect such a neighborhood to be 'teeming' with people and activity, with the houses fully occupied by privileged families, right?

Well, what I saw was far from that expectation: so many 'posh" but empty houses just sitting there, staring, beckoning; like demigods which have lost all their relevance.

The East Legon I experienced is largely a community of extremely bored security men/women, standing in front of these empty houses, staring. Houses owned by people who don't need them and needed by people who can't afford them.

This situation in East Legon, is far from unique. Many of the other prime neighborhoods in Accra are largely empty - an interesting kind of gentrification where the wealthy drive out the middle and lower economic class to put up houses and apartments that won't be occupied.

And so, whereas the country suffers a massive housing deficit, there seem to be a massive 'luxury' housing surplus which serves little to no purpose.

What makes this situation even more frustrating lies in the fact that these houses tend to occupy the best parts of the city; parts which are closer to the business centres. So, whilst the working class spend productive hours in the torturous Accra traffic to and from their abodes in the 'hinterlands', these 'prime houses' just lie idle.

For what shall it profit a nation when nice apartments cannot be rented by some of her most senior working-class people due to 'outrageous' prices, which are usually in dollars? Apartments, which, traditionally, are supposed to be the preserve of the working class?

If there's any lesson to learn from this obvious 'market failure', it is the fact that whereas some level of inequality is important to sustain capitalism, at a certain point, inequality becomes capitalism's own nemesis and doesn’t benefit society.

In Ghana, a key component of our model for wealth acquisition is putting up of buildings - especially, ‘opulent’ buildings when the wealth is acquired illegitimately; buildings that wouldn't be occupied by their owners in their lifetime and or third parties who cannot afford the rent. But that, nonetheless, create a feeling of pride and accomplishment for those who put up these idle structures.

This, I believe, partly stems from our inability to assimilate our mortality in our decision making - we plan for eternity on Earth and around 70 years we're already checking out. It is also partly orchestrated by a lopsided economy which delivers wealth to a few people. And a political class who themselves are often key architects and beneficiaries of this rather unfortunate economic system we've invented for ourselves.