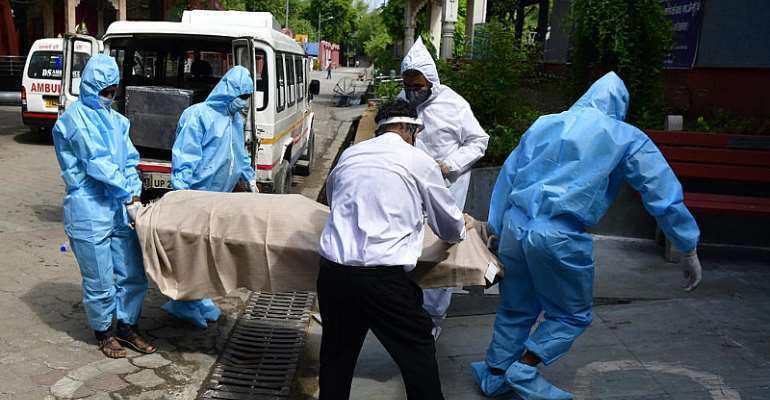 India's Covid-19 tally of cases went past 4.2 million with a record 90,802 people being infected in a day to surpass Brazil and become the second worst-hit country after the United States.

India recorded more than 90,000 cases for the second consecutive day  as the total number of deaths rose to 71,642.

In terms of deaths caused by Covid-19, too, India is in third spot after the US and Brazil.

India has been reporting the highest number of daily Covid cases in the world for nearly a month, according to the World Health Organisation (WHO) data, adding more than 50,000 infections each day since late July.

“Clearly, India is facing a challenge with respect to the disease," said Mike Ryan, head of emergency preparedness at the WHO. "India is really trying to beef up its testing regime. It is aiming for one million tests a day. It is huge but it is getting there slowly,”

“We knew the pandemic would surge but never expected that it will happen so fast,” Pritam Kapur, an engineer in the capital told RFI.

“Nobody can tell us how this pathogen is moving and how fast. When will India see its peak? Nobody knows. It is scary,” Ravinder Gupta, a businessman from Mumbai told RFI.

Rise in cases
As the world's second most-populous country, and one with a relatively poor public health system, it is inevitable that India's outbreak will continue to accelerate as it shifts to the rural hinterland and the peninsula, both highly populated regions and with inadequate health care systems.

“With increased testing, it could emerge as the top country affected by the pandemic," said Himanshu Sikka of IPE global, an international healthcare development consultancy.

Infectious diseases experts cite setbacks in primary health care to contain the virus and a huge population as the prime reasons for Covid-19's rapid spread.

Expert concerns
Experts worry that India will surpass the US's 6.4 million cases and become the world's most coronavirus affected country.

“In absolute numbers, India will cross the United States S but not in cases per million population,” Dr K Srinath Reddy, president of the Public Health Foundation of India told RFI.

“Different places (states) would peak at different times. There is the need for co-operation between the general public and the governing authorities if India's states want to beat coronavirus.”

Maharashtra, Andhra Pradesh, Karnataka, Tamil Nadu and Uttar Pradesh are the five states which reported the highest number of cases in the last 24 hours. These five states account for more than 62 % of the active cases, according to the health ministry.

Low mortality is the silver lining
However, Maharashtra, and Andhra Pradesh, are the two biggest contributors to the recent surge in numbers in the country. For the last nine days, Andhra Pradesh has been reporting between 10,000 and 11,000 new cases.

The saving grace for India as the pandemic surges is its lower mortality which is under two percent and a recovery rate of more than 70 percent.

With antibody studies in capital New Delhi, Mumbai, Pune and other cities showing that the number of people with signs of past infection is between 40 and 200 times greater than the official case count, the true size of India's epidemic is probably far larger than its reported 4.2 million infections.

“The disease is moving from urban to rural areas, it's moving from states with better health-care infrastructure to other places,” said Ramanan Laxminarayan, director of the New Delhi and Washington DC - based Centre for Disease Dynamics Economics and Policy.

On 17 July, India crossed the 1 million mark in total coronavirus cases. The cases started piling up when the country began to emerge in June from a hard lockdown. Cases in India have grown from 1 million to 4 million in 50 days. The same rise took 75 days in Brazil and 86 in the US.

Takoradi 'azaaa' woman still in custody as she fails to meet...
18 minutes ago