Why NABCO Is Better Than “Okada” 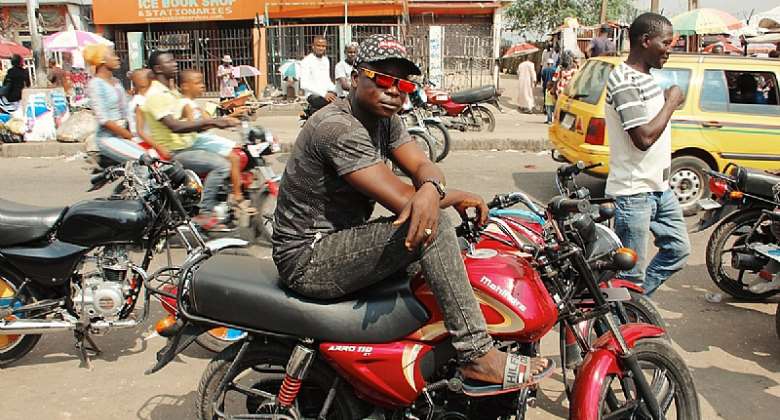 Political parties find it consistently difficult to create jobs for the teeming youth. This forces the political parties to promise the offering of jobs that are absurd in practice.

The current promise of legalizing “Okada” to create jobs for the youth is phony and illogical given the nature of its operation. Without prejudice, the Nation Builders Corps is impactful than “Okada”.

There are many avenues for the political parties to create jobs for the graduates churned out yearly from the public and private tertiary institutions. Yet it is very difficult for the parties to realise these opportunities and offer decent jobs. “Okada” does not present valuable special effects on the state and its people as NABCO does. The reasons for reaching this opinion are discussed as follows:

The Nation Builders Corps programme provides an optimal opportunity for training and retraining of graduates. Many of the young graduates will have the benefit of developing their skills and improve on what is learned at school. If people with some theoretical experiences are properly placed, it will give them the best chance to develop some sets of skills needed in the job market.

“Okada” as a job creation venture does not offer such benefits and considers only the money aspects. That is bad for young graduates who will be entering the job market. The development of human capital is a continuous process and NABCO is best suited for that.

The grooming of the youth including young graduates does not end in the classroom. It is continued after graduation. The youth cannot be engaged in the“Okada” transport or business forever and so there is the need to give them suitable platforms for their grooming. Those engage in NABCO have the best platform to be groomed and placed in the fields after exiting. On the job training imparts better skills on the young graduates than the general knowledge thought at school. Visionary young graduates and the teeming youth in general must consider NABCO as far more advantageous than “Okada”. Any political party that thinks of grooming the youth for a better pool of skilled labour for developing the economy should consider programmes that offer skills development opportunities.

NABCO is not an end to itself: it is a means to an end. It is criticized for lacking social security benefits but its nature could be the reason for the exclusion of social security benefits to the patrons. It has an exit point. However, NABCO seems to be less risky in its operations. With complaints from the health sector, “Okada” poses much risk to the users of the services and its drivers. Many criminals use it as a means to engage in armed robbery. It has several health challenges.

There is no value for money report on the activities of NABCO presently to aid in critical evaluation. The segments of the program give some indication of huge value addition or contribution to the economy. Educate Ghana, Revenue Ghana and others engage in the agricultural sector play key roles in contributing to some important sectors of the economy. It cannot be denied that “Okada” will augment the transport sector, its impact will be minimal. The political parties must weigh the benefits and the threats of legalizing the operation of “Okada”. The weight on political parties to create jobs for the youth should not be a reason to promise jobs that are practically inappropriate.

Indeed, the transport sector has many prospects for creating jobs and the political parties have unlimited financial strength to utilize the chances available. Modernising the transport sector can take several forms. The parties can import smaller cars and train the youth who will be available for using them. Kantanka can equally be contracted to manufacture several units of these smaller cars to be supplied to the regions and districts that are in need of them. There is a modest way to revolutionize the transport system.

The desires of the political parties to win power should not be the yardstick to have the strength to promise jobs that are practically difficult to deliver. It is time for the political parties to think of grooming the youth to be able to lead in the future. The parties and the unemployed must not weigh money higher than the skills they need in having permanent jobs in the future.

NABCO gives a better balance than “Okada” as it has the potentials of developing the skills of those engaged in it, helping to groom its employees, contributing to the development of the economy than the alternative policy, “Okada”.