African farmers are younger than you think. Here is why 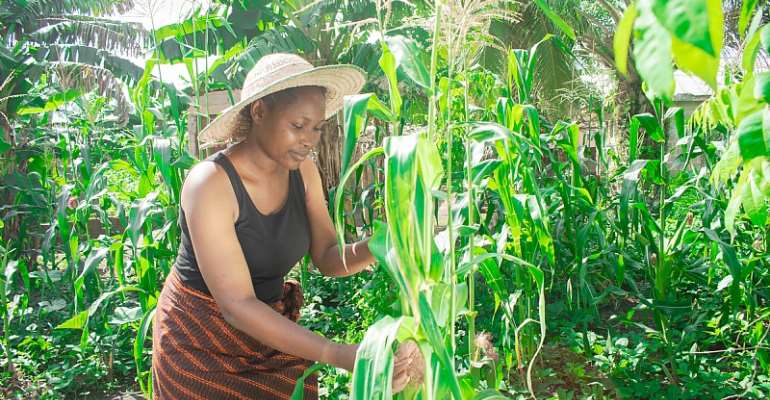 Over the past 20 years sub-Saharan Africa has registered the highest rate of agricultural production in the world. There have been knock-on effects with the region also seeing the fastest growth in off-farm employment and non-farm labour productivity.

There's a widely held view that Africa's agricultural growth trajectory could be jeopardised by an ageing farm population because young people are fleeing from farming. Several sources indicate that the average age of Africans in farming has risen to 60 years or more. But we are unaware of any empirical evidence to support this claim.

To understand what's really going on, we used nationally representative survey data collected by the government statistical offices of six African countries – Ghana, Rwanda, Uganda, Zambia, Nigeria and Tanzania. Because these surveys were replicated multiple times in each country between 2000 and 2018, we can compute how much time people spent annually in farming and off-farm jobs. We can examine trends in the age distribution of the labour force in farm and off-farm employment since 2000.

This was done as part of our research into young people's access to land as well as their migration decisions and employment opportunities.

Our findings debunk the myth that most farmers in sub-Saharan Africa are over 60 years of age – far from it in fact.

This is explained by the fact that only 3% of sub-Saharan Africa's population is 65 years and over. And less than half of this group is economically active and engaged in farming.

Secondly, the average age of the agricultural workforce in the six African countries examined has either increased by one or two years or remained constant over the past decade. Between the first and latest survey periods, which spanned from seven to 12 years, the average age of the labour force in farming increased by less than two years in four of the six study countries (Ghana, Rwanda, Uganda, Zambia). The mean farmer age remained unchanged in Nigeria and declined slightly in Tanzania.

In other words, the age of Africans in farming is barely rising, if at all. Considering that roughly 7 million to 10 million young people are entering the labour force in sub-Saharan Africa each year, it is easy to understand why the average age of the farming population is not rising, even with large numbers of young people partially or fully moving out of farming.

Based on these nationally representative surveys, it is clear that of the region's many agricultural challenges, an ageing workforce in farming is fortunately not one of them.

Third, our study found that individuals in off-farm jobs are on average one to three years younger than those in farming, especially when the sample excludes the 15-24 year old age group.

How to make farming profitable for young people

As highlighted in previous studies , the share of employment in farming has been declining over time as opportunities for off-farm employment expand in Africa's rapidly transforming economies. But farming still accounts for a significant proportion of the jobs held by working-age individuals and remains the single largest employer of rural youth. Most of the jobs, however, are, part time.

It is true that many young people from rural areas are leaving farming as off-farm opportunities continue to expand. Nevertheless, most young people who are economically active remain engaged in farming. What is missing, however, is a critical mass of skilled young Africans with access to finance and know-how to drive productivity growth in farming and related value chains.

The idea of keeping young people in farming for fear of African agriculture becoming the preserve of the elderly is misplaced. A more effective strategy would prioritise resourcing the millions of rural youth already engaged in farming to make farming more profitable. Making agriculture “sexy” is not nearly as important as making it profitable. Young people will flock to agriculture if and when it becomes clear that it can make good money.

A related priority is to encourage skilled young Africans to apply their expertise to address the many policy, regulatory, and financing barriers that inhibit them from starting and expanding agribusiness firms that provide important services to African farmers.

Thomas Jayne receives funding from the CGIAR Research Program on Policies, Institutions, and Markets (PIM), which is led by the International Food Policy Research Institute.