Ghana's Politicized Development Concept: Tailoring Around Things Done By Government And What Has Not Been Done? 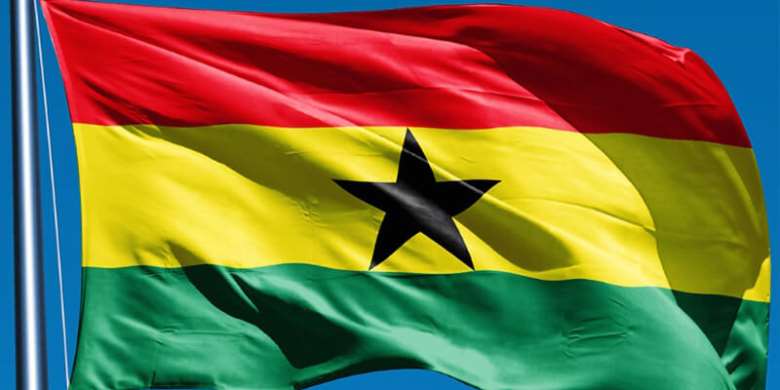 Politicization of things done by governments and what has not been done is a very disturbing and observable phenomenon in Ghana today. The political competition between the ruling party and the opposition party appears to be influencing the quality of work meant to move Ghana's development from strength to strength.

That's why Ghana is where it is. Politicians from NDC and NPP play Ghanaians against each other, and we being so gullible encourage them with loose talk. Cronies of these politicians love the hype because they benefit from the chaos. We all pay tax, so whatever good project is done is NEITHER Mahama or Akufo-Addo's own. It is Ghana's!

Worriedly, we live in a country where almost every issue is refracted with partisan lenses, except maybe the air we breathe. Everything is NPP or NDC, to the extent that our development needs is associated with partisan gymnastics. Sad!

Half-truths and propaganda have diluted the richness of our national development, affecting our living standards. Development whether social or economic is very important to the well-being of every nation, as its contribution to the sustainability of that country cannot be underpinned. However, the politicization of things done by governments and what has not been done by governments in most African countries like Ghana has been a bane and has actually made it almost impossible for its contributions to the country's sustainable development.

In this brief, I make an apparent exposition on one of the things we've done very wrong in this country ; thus turning everything done or undone by governments into sheer politicking.

Whilst facts are sacred and comment is free, we think we can make facts free and comments scandalous. In the national mood, both the National Democratic Party (NDC) and New Patriotic Party (NPP) have sought to score political brownie points.

This has led to confused messaging on the scale and level of Ghana's development. Undeniably, it has a characteristic to inhibit progress. The most important reason for this is the conflict between the logics of politics, which discriminates between friends and enemies.

I'm apathetic to our politics in this part of the world. Spare me the tag from any colors because that's not what this is about.

What I'm finding difficult to comprehend is why our politics has been driven around politicization of things done by governments and what has not been done. First, governments are responsible and accountable to the people because development initiatives are executed and advanced with the tax payers money. It's not as though we are a charitable case, where they're using their monies to propel development and advancement. They are not Non - Governmental Organizations (NGOs) or Donors who are doing these things philanthropically or out of free will.

Second, accountability is supreme. Tell us what has been done by way of transparency and helping us to now our money's worth. Political parties make promises and these promises are actuated using our tax as the engine or lubricant. More often, policies are designed by these parties which are mostly not in the favor of the Ghanaian, but because of the cosmetic attempt to outdo competition.

Third, achievements are not what the political parties say they are. It is what the voters say they are. Development is what the average citizen says it is based on improvements being enjoyed in their lives and that of others in their society. Voters are more discerning to do the comparison themselves. But that's what the political environment has been moulded into; where successive parties are constantly waging war against others and trying to outperform each other to prove their relevance.

But genuinely and generally, are these trumpeted developments resulting in a qualitative and quantitative improvement in the lives of Ghanaians? How these parties, with their terms in office have impacted on your life should be the principal motivation for voting for them, and not because they claim they have outdone their competition. You are in a better position to determine which party is best and do not be bamboozled with the idea that party A is better than party B based on some declarations, while your life is not getting any easier.

Politics killing Ghana? Heck no. The scientists in Ghana will do themselves some good if they start working on coming up with a politicking vaccine. Too many folks walking around Ghana and knowingly carrying the politicking virus. I believe that the days of propaganda and political point-scoring should be done and over. The face of politics ought to change, we have to change it, all of us politicians have to change it. We need some sanity in our politics!

Long live leaders of Ghana who are ready to implement policies devoid of party politics. May God's blessings upon homeland Ghana be made visible to the blind and audible to the deaf.