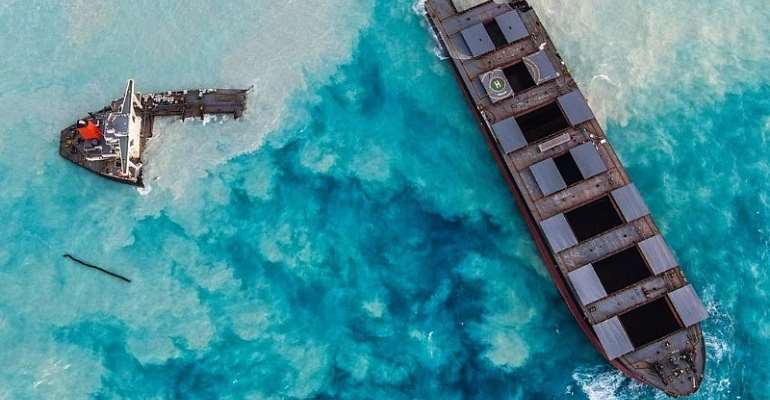 Japan's government has said it would send a second disaster relief team to Mauritius to help with the oil spill from a Japanese ship that ran aground off the Indian Ocean island last month.

A team of seven people are to leave Japan on Wednesday to help with clean-up efforts and assessments for the environmental damage caused by the Wakashio oil spill, the foreign ministry said.

The team will include officials from Japan's environment ministry and the National Institute for Environmental Studies.

Japan's foreign ministry described how the oil spill has caused critical environmental damage, which could have a “serious impact” on the country's important tourism industry.

“Japan hopes that this assistance will contribute to the recovery of the environment of the Republic of Mauritius and the prevention of maritime pollutions,” said the foreign ministry.

France has also dispatched aircraft and technical advisors from neighbouring Réunion island to help with the disaster.

The accident has affected one of most ecologically sensitive areas of Mauritius, which has declared the spill an environmental emergency.

The MV Wakashio bulk carrier split into two pieces on Saturday and there are concerns that the island could take years to recover from the disaster.

French overseas minister Sébastien Lecornu, speaking on FranceInfo radio, said there are concerns about what to do with the shipwreck.

Lecornu said the French authorities are focused on an environmental approach that protects biodiversity and the coasts of neighbouring Réunion island, a French department in the Indian Ocean.

The crew of the ship are being investigated by the authorities to find out what caused the disaster, Mitsui OSK Lines said.

A preliminary investigation in Mauritius suggested that the captain of the ship, Sunil Kumar Nandeshwar, was celebrating a birthday party with his crew as the ship head off-course.