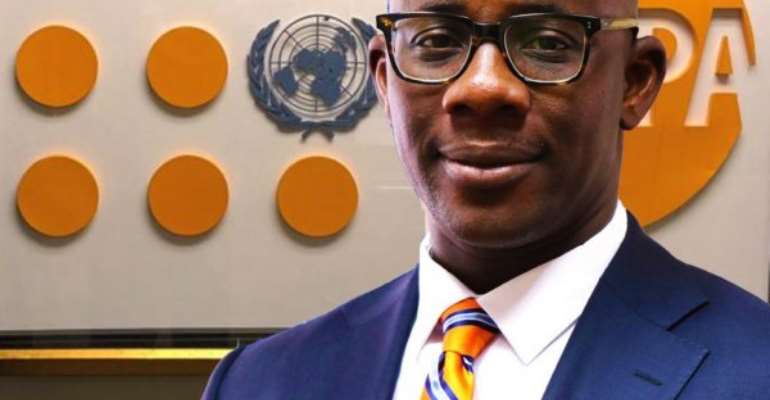 Mr Niyi Ojuolape, the Country Representative for the United Nations Population Fund (UNFPA), at the weekend said the outbreak of COVID-19 has doubled the plight of the 'black girl', especially in the developing world as their welfare was being overlooked.

“But even far more difficult is being a black girl in the developing world, where there is very little interest by cultural or political authorities to build a society that safeguards their rights and is conducive for them to thrive,” he said.

He said this in an interview with the Ghana News Agency on the adverse effects of COVID-19 on the welfare of the less privileged on the continent.

Mr Ojuolape said amid much less concern for the welfare of the black girl, the outbreak of COVID-19 had stalled global efforts to end child marriages and Female Genital Mutilation (FGM), which were relatively more common in Africa.

Recent research, he said, predicted there could be an extra 13 million child marriages and another two million cases of FGM as a result.

The coronavirus pandemic has also disrupted the availability of contraceptives for women and girls as the supply chain has faced repeated disruptions, Mr Ojuolape said.

He noted that as a result, millions of women in low and middle-income countries could lose access to contraception.

The UNFPA Executive Director, Dr Natalia Kanem, recently highlighted that more women and girls now risked losing the ability to plan their families and protect their bodies and their health as a result of the pandemic.

This fear, Mr Ojuolape said, was corroborated by a recent study conducted by the John Hopkins University, which stated that seven million unplanned pregnancies in African countries could take place if the lockdown restrictions persisted for six months.

“More worrying was the inordinate increase in domestic violence cases since the virus outbreak, he said.

According to data collected by the United Nations, 243 million women and girls between the ages of 15 and 49 worldwide were subjected to sexual or physical violence by an intimate partner in the last twelve months, he noted.

“In a sense, girls and women have had to suffer a second pandemic, especially in developing countries where there are fewer laws protecting women and girls.

“Yet, in the face of these daunting and sometimes unsafe conditions, women have continued to contribute immensely to salvaging families and helping the world manage the global health crisis.

“As nurses, women make up the majority of frontline health professionals. As mothers, they take care of sick or unwell family members. It is therefore essential to keep track of the intensified cycle of gender-based violence and deepening inequalities that women suffer, as we conscientiously put in place the necessary remedies to stem the tide,” Mr Ojuolape said.

To create an equitable world for girls and women, the UNFPA Ghana Country Director called on policy-makers to deliberately implement policies that favour women to level the playing field.

Such a system, when rigorously executed, he believed, could bring about gender inclusivity in spaces where women have been historically disadvantaged or excluded.

He recommended that policy-makers adopted technology to promote an equitable world to democratize opportunities for participation of excluded groups.

“In today's workplaces, where women consistently see their male counterparts promoted while they lag due to maternity leave, technology can help bridge this gap.

“With teleworking possibilities for nursing mothers or women who cannot be physically present at work, they can formally participate in training and meetings at their workplaces and not be left behind,” Mr Ojuolape said.

This same technology including Skype and Zoom, he said, could make it possible for pregnant teens to continue schooling especially in Africa where they are forced to drop out of school while the teenage boys responsible for their pregnancy continue to school.

Tunisians in largest rally against president's 'coup'
35 minutes ago