The Coronavirus Tells The Younger Generation What A Biological Weapon Is

The Strength Of China- If the world wants peace, no country should underestimate China
By Johan van Dongen 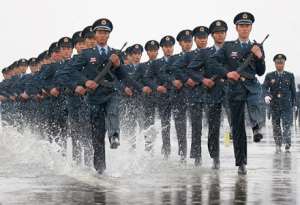 The coronavirus which originates from China to hit the world last year December has decimated the world in such a manner that there are no words to describe it, yet there are many lies associated with this deadly virus than the truth.

We, the writers of this genuine health blog, 'Secrets Of HIV-Aids And Ebola Facts Journal,' Scientist Johan van Dongen, writer Joel Savage and Dr. Wolff Geisler, feel very sorry for the pain many families have been through since the outbreak of the disease.

On July 3, 2016, when we launched our health blog to give ample information on biological weapons and expose the lies and deceptions of the US government, the World Health Organization, and the Centers for Disease Control, many thought we don't know what we are talking about.

We provided the best medical information one can never find on any health website, yet nobody gave us any support. Many ignored us, following the fake medical news provided by the mainstream media, including CNN, BBC, and other news channels.

If people had taken our blog a bit seriously, they would have known what is a biological weapon after HIV-Aids and Ebola, to be extremely careful when it comes to health issues. Today, the coronavirus will let those who have no experience of what a biological weapon is to fully understand.

Advanced countries' leaders can't speak about the biological weapon crimes committed by the US government because it's only the third world countries that suffer. However, since when the rain falls, it doesn't fall on one man's house, we are all suffering from the coronavirus today.

Film actors want their businesses to flourish and celebrities, including musicians, aren't interested to speak about the crimes of the US government, rather many threatened to leave America if Trump becomes the next president after Obama.

Trump won the elections but the question is how many celebrities said they will the country left? That is the nature of typical Americans, they waste their time pursuing things that are unnecessary and leave the most pressing issues unsolved.

When HIV-Aids biological weapons descended on Africans, before spreading to the four corners of the world, the media, and many Americans, including scientists, supported the lies of the World Health Organization, the US government and the Centers for Disease Control that "monkeys brought from the Philippines were responsible for HIV-Aids."

When the Ebola biological weapon first struck Congo in 1976, then later in 2014, hit West African countries of Sierra Leone, Guinea, and Liberia, simultaneously, the same US government, the World Health Organization, and the Centers for Disease Control said bats are responsible.

Lies, lies, lies everywhere and we wonder what these leaders teach their children at home if they have any. Since about 90% percent of Americans are interested in lies than the truth, the writers of this blog became enemies.

The US government thinks they have the power to intimidate, bully, and put fear in other governments. In fact, it's only African leaders I can say that fear American leaders, but not leaders as Kim Jong-UN, Vladimir Putin, or Xi Jinping.

It's time for world leaders of developing countries, interested in committing crimes in the third world, to accept the fact that "whatever a man sows, the same he shall reap," therefore, they must think twice any time their demons tell them to commit a crime in poor countries.