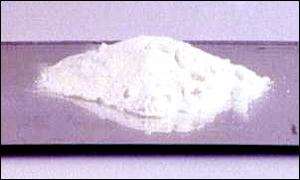 The president of the Republic of Ghana, His Excellency Mr. John Agyekum Kufuor, over the weekend put his boot in the debate regarding who is likely to be culpable in the ongoing investigations into missing drugs, both from the custody of security agencies and a vessel, M.V. Benjamin, at a time that it was under state security surveillance.

The President, as was to be expected, received flak from the National Democratic Congress (NDC)'s Rojo (Robert Joseph) Mettle-Nunoo, the man whose association with the business of a Venezuelan, suspected to be a drug baron, the President had used as his premise for concluding that the NDC had brought drugs into the country.

But that was not all. News analysts, politicians, social commentators and serial callers as well, attempted to tear the president to pieces for what was considered his bad verses, even as his party's General Secretary, Nana Ohene Ntow and a few others tried desperately to tidy up the mess.

He would not be restrained The Chronicle had called on the President to zip up his mouth at least for as long as Mrs. Justice Georgina Woode's committee, tasked with finding the circumstances under which cocaine got missing under the watchful eyes of state security agents, continued its work.

But the President would not be restrained. Rather than listening to good counsel from The Chronicle and well-meaning Ghanaians who would not want to see their leader come under a hurricane here (not in Louisiana), the President decided to step up the elephant dance he had started.

A few days later, he went the extra mile to tell Ghanaians through the Ghanaian Times that there are credible security dispatches to him indicating that an opposition party's movements suggested complicity in drugs dealings!

Currently, all judges except for a few are enjoying their annual legal vacation. But what do we have here? Mrs. Georgina Woode is sacrificing her holiday, presiding over a Ministerial Committee striving to get to the bottom of an issue of missing drugs, some of which may already be flowing through the bloodstreams of sons and daughters of the soil!

But the Interior Minister's boss, John Kufuor, in whose domain rests all the executive powers of the state, has declared that culprits who have brought or attempted to bring drugs into the country belong to the camp of his political opponents!

At least as we sit now, the only person in party colours facing court action on drug charges, fortunately outside the jurisdiction of this country and for which reason no one can attribute the trial to political 'witch hunting,' is Mr. Eric Amoateng, New Patriotic Party (NPP) Member of Parliament (MP) for Nkoranza North. How about that?

The question that immediately arises is: Was the president being briefed about the movements of Amoateng before his arrest?

If so, what did he do about it?

And in any case he has not told Ghanaians what he has done about the reports he received about opposition party elements' 'druggy' movements.

If indeed he received information about movements of Amoateng that could be interpreted to be engaging in drug peddling and he did not do anything about it, then he has done a great disservice to this nation.

He failed to prevent this international disgrace of having a member of our important law-making body languishing in an American jail.

Monkeys and Bananas But for now, the Chief Executive of the land has pronounced his verdict and re-emphasized it that “we know who brings cocaine into the country”. Does Mrs. Woode need to continue sitting, since the President has the answers?

By the way, since the drugs we are searching for got lost under the watchful eyes of state security, how can we trust the same security to find it?

Can we trust monkeys to search for, find and declare missing bananas?

The Attorney General's Orders Already, the arrests of some witnesses who had appeared before the Georgina Woode Committee even before the Committee was through with them, clearly undermines the work of that Committee no matter the pronouncements to the contrary.

After all, the Committee is a fact-finding one and if facts remained undisclosed to it due to the decision of the Attorney General to arrest principal witnesses very early in the day, the Committee becomes a scarecrow!

It becomes dangerous to volunteer information to it, and since it lacks any powers to compel witnesses to appear before it, why would any sane person risk an appearance? Let all who are unsure of motives behind this drama hold their peace.

Does it not make sense that you leave these witnesses with tails as they appeared before Justice Woode to rope in more members of the wider net in which they operate if indeed they are key culprits?