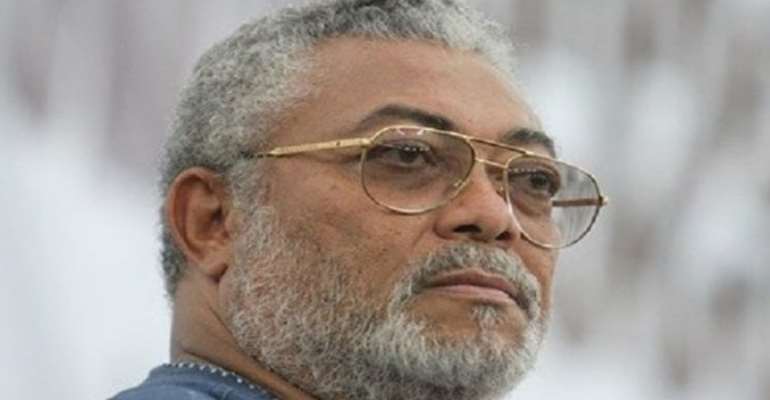 Ex-President Jerry John Rawlings has threatened to deal with Professor Kwamena and the likes who continue to peddle falsehood about him.

Mr Rawlings made this known in a social media post in which he heaped praises on two prominent traditional rulers in the country; Otumfo Asantehene of the Ashanti Kingdom and Torgbi Afede XIV of the Asogli State in the Volta Region.

According to Rawlings, he is tired of continuously defending himself all these years.

He however threatens to deal with Prof. Kwamena whose agenda he described as callous and a way to take control of the party he [Rawlings] founded.

"Much as I found it tiring and tedious to be engaging in self defense when I have given my all, all of these years, who are desperately seeking control of the NDC party...", part of Rawlings' Facebook post.

Last week, Prof. Ahwoi launched his book; "Working With Rawlings" in which he revealed that Rawlings at a point in time turned against the late President Prof. Evans Atta Mills.

Prof. Ahwoi also revealed in the book that the much loved Rawlings was not ready to exit the reins of power.

He added that the former President squeezed the testicles of one party official at the entrance of La Trade fair in Accra decades ago.

I want to take the opportunity to congratulate the Asantehene for the steps he has taken, to seriously protect the environment and also to thank him for tampering justice with mercy on Nana Bantamahene.

We each have to learn to take a cue from the Asantehene and be bold and audacious in our defence of the environment, especially from thieves and crooks, who with impunity can collect parcels of land anywhere, anyhow and do as they wish against the public good and the sanctity of nature.

Let me also express my gratitude to Togbe Afede XIV, President of the National House of Chiefs for taking the initiative to lead a delegation of the Volta Region House of Chiefs to the border areas in the region to ascertain things for themselves. Some of the unsightly things we see on the Internet do not speak well of us locally and internationally.

Much as I find it tiring and tedious to be engaging in self defence when I have given my all, all these years, I will soon deal with the callous agenda of bile by the likes of Kwamena Ahwoi, who are desperately seeking control of the NDC party. The NDC could, should and has survived on the authority of the word but if care is not taken, it will collapse and drown as has been happening, on the word of those in authority.