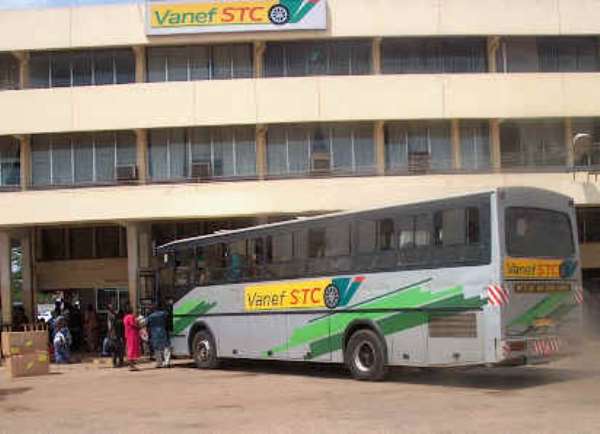 The problems of public transportation are varied and mostly observed in Third World countries such as Ghana which are experiencing rapid demographic and economic growth, since successful growth is linked to improved mobility of people.
In Ghana, the modern public transportation system dates as far back as 1898 when the first rail line was constructed from Takoradi to Tarkwa for the commercial exploitation of gold, and the first road created between Accra Harbour (now Jamestown) and Dodowa to Larteh in 1905 for the export of palm fruits.

The informal sector has also operated and continues to operate transport services alongside the formal sector. Notable among the transport operators in the informal sector in the 1980s was King of Kings Ltd. Its bus operation, which was heavily patronized, was concentrated mainly on the Odorkor–Accra corridor.

The company's operations could not survive the difficult and harsh environmental conditions of the industry hence wound up in the late 1980s. Indeed if we were to make an assessment of the activities of the owner-driver and other private operators in the informal sector, there would be more failure stories than successful ones.

Similarly, operators like STC, CES AND OSA in the formal sector have not fared well either, and this compelled the government to divest STC and CES and to liquidate OSA in the 1990s. Concern raised by the public over the kind of public transport services being provided has become serious over the years.

In fact, road transport services provided by operators in both the formal and informal sectors have been characterised by very harsh environmental factors which have contributed to the low levels of transport services in the industry. Prominent among these factors are discussed below.

Generally there is limited regulatory/institutional effectiveness, lack of a clear and comprehensive policy on public transport. Vehicle operators are subject to minimal regulation in terms of the authority to operate as commercial vehicles, area of coverage, standards of operation, maintenance of vehicles and related emissions.

This situation has led to freedom to enter the sector and the liberty to leave at will. The industry is dominated by the informal sector and they provide about 95% of transport services but their services are unreliable, uncomfortable and unsafe.

Finance is a limiting factor due to the capital intensive nature of public transport operations. The operations are mainly foreign exchange intensive, that is, vehicle spare parts, maintenance equipment, tyres and fuel all need to be imported.

The sustenance and going concern of public transport is therefore disturbed to the extent that to replace vehicles, especially at the end of their useful lives become very difficult. The vehicles get older, cost of operations and maintenance soar up, eventually operations grind to a halt.

In the same vein, appropriate and effective maintenance procedures and controls to ensure safe roadworthy vehicles, which will meet a defined level of reliability and availability within economic cost levels is also compromised. Reactive repair maintenance procedures are preferred to preventive maintenance, which constitute a planned programme throughout the vehicle's life. As such vehicles experience frequent breakdowns and ultimately fail to live up to the recommended technical lifespan.

Sourcing for genuine spare parts for the maintenance of vehicles either through the importation from the manufacturers or local purchase, poses a great problem due to the variety of vehicles used for public transport. In some cases the type of vehicles may be out of the production line and spare parts simply unavailable.

Sometimes the spare parts available are obsolete and are not suitable for vehicle maintenance. This situation has led to the concept of fabrication, improvisation and “trial and error” at maintenance workshops especially the “wayside” workshops.

The cost of genuine spare parts obtained from the manufacturers' representatives are too high and prohibitive. Generally, there is lack of requisite human resource needed for vehicle maintenance, more especially, technicians manning wayside garages lack adequate technical skills. The liberalized economy and the absence of a comprehensive transport policy has resulted in the dumping of inferior/fake spare parts and used spare parts on the market which is posing a great challenge to public transport operations. The dumping of used spare parts poses a great environmental risk and distorts the microeconomic stability of the country.

Fares and fuel prices are important factors that influence the management of public transport. While fares are controlled by governments in a manner which tend to satisfy social rather than economic factors, fuel prices are determined in relation to crude oil. In industry the law on labour is quite stringent, especially the provisions on termination, dismissal and redundancy.

In public transportation, where the main equipment are buses, the rate of equipment failure can make the staff-bus ratio unexpectedly high. This system of inconsistent price determination for fares and fuel prices leaves management of public transport always in deficit.

Traffic congestion is so intense, especially in the cities and demands on existing public transport system have overgrown the country's capabilities, making travel by all forms of road transport during peak hours very frustrating and disgusting, resulting in long uncomfortable commuting times that ruin the productivity of workers. The collapse of the rail system in the country has exacerbated the congestion problem.

Journeys which hitherto could have been made by rail, have all been switched to road thus putting severe pressure on the road, causing rapid deterioration of roads soon after construction. This serves as evidence of the consequences of our failure to develop effective transport policies and infrastructural investment plans.

Due to the high cost of road construction and maintenance, bad roads still form a greater proportion of our roads. The bad nature of roads also contribute to high vehicle operating/maintenance costs. Inadequacy of roads has also contributes to the problem of congestion but the underlying factor is the absence of effective traffic management systems.

Terminals are poorly designed, planned and in unkempt conditions, but vehicle operators focus on these to gain traffic and keep their vehicles employed. Buses in particular are of major importance for public transport operations, but there are no traffic management systems in place to give buses priority, for example, bus lanes that will allow buses unimpeded flow and advantage over the other operators of public transport.

Road safety is a major problem, since high motor accident rates are recorded, often resulting in loss of life and severe injuries inflicted on innocent victims. In a country where so many options are not available for road travel, patrons of the road are re-adjusting to only particular vehicle types, for example, buses of high carrying capacity for travel. Despite huge investments in road safety by way of education and publicity, motor accidents constitute a real menace to public transport.

Lack of enforcement of traffic laws/regulations creates a disorderly environment and has led to the patterns of behaviour on our roads which show widespread failure of motorists to conform to acceptable standards/laws and regulations. Walking pavements for pedestrians and roads for motor vehicles have been overtaken by petty traders, especially, in the Central Business District (CBD) of most cities.

Urban transport policy is now at a crossroads, as affluence and increase in income levels have resulted in rapid car ownership. There is widespread concern for the environment, lifestyles are changing and information communication technology (ICT) and telecommunications are beginning to present a real alternative to travel, especially for urban transport.

Poverty is an important chronic problem in Ghanaian urbanization. During the colonial era most Ghanaian cities, especially Accra, Kumasi etc, were essentially for the expatriates and the local elites. These cities are now urbanised and have become cities of the poor.

Unless poverty and unemployment are eradicated or minimized to the barest, demographic pressure will subject the public transport systems to unbearable levels. High population growth rate, accompanied by rapid urban expansion and much higher level of industrial and commercial activities place new and heavy demands on transport systems.

An attitude has prevailed in this country that managers and operators of public transport are mainly school dropouts, drunkards and “Bookmen”. Most of the drivers of private commercial vehicles and officials of transport associations in the informal sector are mainly school dropouts and lack adequate knowledge of public transport operations, as such recognition and respect is not accorded persons in this industry.

Not much is known of transport as a profession in the country as compared to the accountants, engineers and marketers. Experts in the profession are few but the few have failed to market their activities and assert themselves by contributing to national development on transport related issues.

More often than not governments own majority shares in public transport companies. As such it exercises dominant influence on the companies in a very capricious manner. For instance, depots to be sited and routes to be operated are mostly done at the instance of officialdom, sometimes without due consideration to the financial viability or otherwise.

In condusion, therefore, public transport provides considerable commercial benefits as well as creating social problems. We must regard as paramount the goal of maximizing the contribution of transport to the national economy, while limiting its consequences.

The sad state of public transportation imposes high costs on the economy in terms of high vehicle operating costs and long uncomfortable commuting times that ruin the productivity of workers. The liberal regulatory / institutional environment does not enhance competition and growth of the industry.

Policy reforms in the sector need to be directed towards strengthening the institutional and regulatory framework in which public transportation thrives and to develop the requisite human resource and also technical know-how necessary for sustenance. Besides, lack of enforcement of regulations creates a chaotic environment which is one of the prime causes of unreliability of public transport.

The high population growth that leads to greater demand for public transport shows no sign of subsiding hence pressure on the transport system is likely to increase substantially. If resources and efforts are not directed to deal with the problems of public transportation, the country will continue to have transport systems that fail to achieve their goals and impair efficiency.

Finally, consideration must be given to the introduction of bus priority lanes, measures to enhance the operations of public transport, especially buses, public transport improvements and traffic management planning. These problems have a complex character and constitute a real challenge to government policy makers and transport operators. While the problems can be easily identified the solutions remain distant and afar.

My wife was pregnant – Husband of missing but found Takoradi...
29 minutes ago

I'm not bothered about a likely coup, I worry of possible up...
42 minutes ago