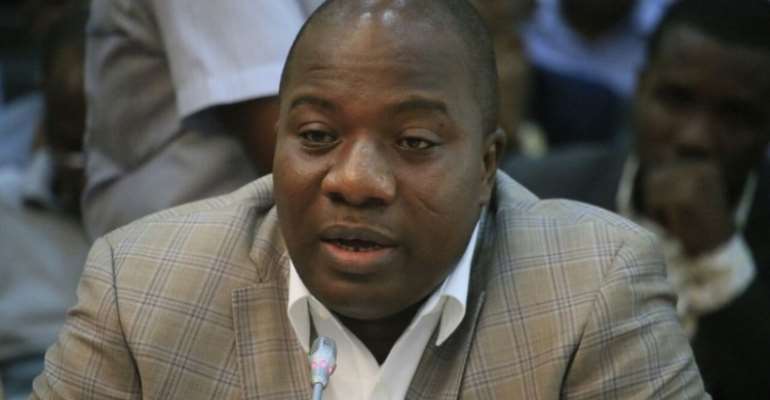 He came widely recommended by wise men, accepted by women groups, blessed eminent men and women in society, and received the blessing from the youth. Hon. Mahama Ayariga rise to power as a young intellect and soft-spoken lawyer was the firebrand political activist in the Bawku Central constituency.

His victory defied popular Nigeria saying 'money stop nonsense’. Hon. Madam Hawa Yakubu who could be credited for pioneering the modern monetization of party politics has shared a lot of goodies, bundles of cash, motorbikes, pumping machines, women skill training initiatives to youth empowerment. Despite all, the good people of Bawku rejected and humiliated her and massively voted for Hon. Ayariga Mahama.

I had completed senior high school and could hear men, women, adults and children sing the popular chorus meaning 'Eiiyii, Eiiyii Madam Hawa, Eiiyii, Eiiyii Madam Hawa, we have collected goodies from you and we will vote for Mahama Ayariga’. It can be recalled that Hon. Ayariga Mahama coming to the scene was divine intervention after Bawku had come out of fresh inter-tribal and political line violence preceded after the 2000 election and renewed clashed in 2001.

His first term in parliament did not receive wide condemnation because his party was in opposition and for that, he could not influence much. Faith as it may be in 2008, though Hon. Ayariga Mahama lost his seat to embattled Former MP Adamu Dramani Sakande, he had received an appointment as a spokesperson to Late President Professor John Evans Atta Mills, he later became Minister of Youth and Sports, Minister of Environment, Science and Technology. It has become evident that, Hon. Mahaya Ayariga the poster boy of Bawku Politics who has become a full-grown politician has lost touch with his constituents.

In an honest admission, although Hon. Mahaya Ayariga lost his popularity among the constituents since long, his biggest downfall was a result of the 2019 parliamentary primaries that can be described as a ‘parliamentary coup’. Hon. Mahaya Ayariga haven realized that he is not loved and admired by his constituents’ visa via delegates and he could easily be defeated embarrassingly in the parliamentary primaries, had engaged party stalwarts and prominent men in the Bawku enclave to prevail on the obvious choice to stand down. This has led to his unpopular acclamation of unopposed candidate. It is not mark of popularity it is a well matured political party (NDC) that has failed to appreciate their own belief. It is a day of shame!

What baffled me so much, why the NDC as a social democratic party, a stronger believer in social justice, probity and accountability will protect a poorly performing MP like Hon. Mahama Ayariga?

What exactly did Hon. Mahama Ayariga significantly achieved that, the NDC thinks he should represent the good people of Bawku?

Let me caution the NDC that, the party might have succeeded in forcing Hon. Mahaya Ayariga name on the ticket of the ballot paper, but cannot do the same to a larger voter population. The party must blame itself if in the unlikely events their performance in the 2020 election is worse off. This is because, Hon. Ayariga Mahama candidature is a stolen verdict and voters, party sympathizers would surely teach the NDC the true meaning of democracy by voting self-serving Hon. Mahama Ayariga out.

The NDC in Bawku central constituency have indeed fired a gun on themselves and come 7th December, 2020 the constituents would demonstrate their hunger by voting Hon. Mahama Ayariga out. The NDC in Bawku central can only demonstrate oppressive rule and to circumvent the process, but cannot largely continue to influence us to vote the most privileged politician who has failed woefully.

Political leadership must provide us with quality of service, women empowerment, youth development, road network, business environment, commerce, and educational attainment. Quality leadership must also be appreciated in empowering the vulnerable group including persons with disabilities, the aged, girl- child, and smallholder farmers. Hon. Ayariga has failed to meet these preconditions and therefore well discerning constituents must never consider voting him to parliament again. Let us look for excellent alternatives.