Wearing face masks becomes compulsory in France from Monday – but where? 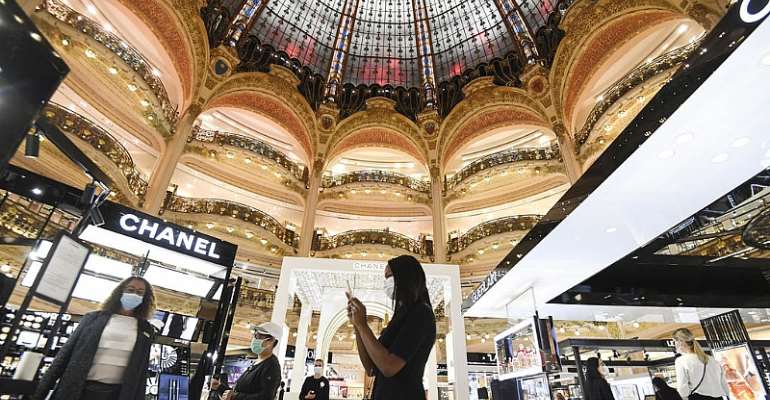 The French government is to issue a decree on Monday making the wearing of face masks compulsory in all “indoor public spaces”. The term is not defined in French law and the prime minister still has to clarify the places concerned and how the measures will be enforced. Here's what we know so far.

The compulsory wearing of facemasks was originally scheduled for 1 August but concerns over a resurgence in new Covid-19 infections pushed the government to bring forward the decree to 20 July.

“As of Monday, wearing a mask will be compulsory in enclosed spaces, as announced by Prime Minister Jean Castex. This concerns shops, establishments open to the public, covered markets and banks,” health minister Olivier Véran tweeted on Saturday.

The notion of a “closed public space” is not precisely defined in French law, but given the idea is to target places frequented by large numbers of people, the decree will likely be based on what is known as an ERP (establishment welcoming the public).

Masks are already required in concert halls, cinemas, theatres, on public transport and in care homes for the elderly. In bars and restaurants, staff are required to wear them all the time and customers on entering and when they move away from their table.

No shopping without a mask

As from Monday, masks will have to be worn in all shops, indoor markets, banks, museums and monuments, indoor car parks, hotel lobbies, train stations and university amphitheatres.

The issue of wearing masks in shops had been a bone of contention.

Until now it was up to individual businesses to decide on whether or not to require customers to wear a mask on entering, putting shop assistants in complicated situations. From Monday all customers will have to wear masks in all shops, whatever their size.

Francis Allard, a specialist on aerosols with the French Scientific Research Centre (CNRS) welcomed the measure, particularly in shopping centres.

“Customers refusing to wear a mask will not be allowed in,” warned Jacques Creyssel, general delegate with the Trade and Retail Federation (FCD), an umbrella group for France's main supermarket chains.

Private companies are not concerned by the decree, and can decide on their own policies on a "case by case basis” prime minister Jean Castex told Le Parisien-Aujourd'hui en France.

In general, however, employees will be required to wear masks during meetings or if the minimum 1-metre distancing cannot be respected.

New recommendations will be added to existing health protocols, the prime minister told the Senate.

It is still unclear whether people will have to wear masks in church, or when watching a film at the cinema.

Since cinemas reopened on 22 June, they must respect physical distancing measures, leaving free seats between spectators. People have had to wear masks in lobbies and when they move around the cinema, but not during the film itself.

“We need regulations to be harmonised so they are easy to read and everyone can understand them, otherwise people won't respect them," Allard said.

It is still not clear what will happen if people do not comply with the new rules.

Currently, failure to wear a mask on public transport can lead to a fine of €135. The Préfet of Mayenne in west France which has recently seen a spike in the number of Covid-19 cases has introduced such a fine and made the wearing of masks obligatory throughout the department.

Belgium recently introduced fines of €250 for failing to wear masks in designated areas and England is to introduce a €110 fine for people caught shopping without a mask.

Akufo-Addo's response to Aflao Chief was wrong; he must apol...
17 minutes ago

NIA suspends registration at GRA, RGD from October 25
19 minutes ago