Re: Professor is Not Higher Than PhD 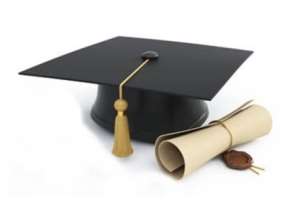 A colleague “hungry blogger” on the Opera News Hub penned an insufficiently researched, academically offending, and seriously misleading article, with the above caption.

Perhaps, induced by prebendal motive, the writer sought to downgrade professorship by CATEGORICALLY saying that a professor is not higher than a Doctor of philosophy.

What a bundle of ignorance?

But you see, it might not be chronic lack of intellectual resources to appreciating the subject matter in question. Instead ,it could be a deliberate work of the hirelings and "poo-pan" holders of the NPP government to smear Prof. Jane. It won’t work in God’s name! Say Amen.

Since the appointment of Professor Naana Jane Opoku-Agyemang as a running mate to His Excellency former President John Dramani Mahama, her political traducers, predators, and faultfinders, mainly from the "Elephant Party", have been struggling laboriously to belittle her intellectual and academic achievements in the eyes of Ghanaians as we count down to the December polls.

As a result, dregs, bird-brains, and seemingly dead-brains, and many other unschooled ruffians of the governing New Patriotic Party who have nothing intellectually to contribute to the NPP, but specialized in besmirching political opponents, are at work!

So, among other things, the writer, Clockworks he or she calls himself, made some wild, unsupported, and groundless allegations, that there’s no qualification higher than a Doctor of philosophy.

Clockworks wrote, “Professor is not higher than a PhD. Get this Education once and for all, especially our micro and macro economics and bottom up approach brothers and sisters.”

Because of the outright propaganda by Vice president Dr Bawumia on our economy as an economist, especially, his field of micro and macro economics, if those economics terminologies are mentioned, he comes to mind. Let’s assume the writer was trying to compare apples and oranges by comparing a Professor and PhD.

Again, “There is no qualification higher than a Doctor of Philosophy (PhD). PhD is a terminal degree whereas Prof. is a rank related to university teaching. Do not confuse Prof to be a terminal degree" Clockwor alleged.

Mr. or Ms Clockworks did not see the need to stop the marketplace advertisement of his or her ignorance, but continued that, "Elsewhere, like in US, Canada and UK , Assistant Professor, Associate Professor and Professor are the various rank. It appears UK for instance uses the two approaches".

Scrolling through the comments remarked on his ignorance on the subject matter seemed the writer, Clockwise, is a former student or current student of the Kwame Nkrumah University of Science and Technology, KNUST, the best university in West Africa currently under the leadership of the recent past Vice Chancellor, Professor Kwesi Obiri Danso, the veteran leader.

Whilst I pray vehemently such a purveyor of ignorance and fake news must not be my colleague alumnus or alumna of my great alma mater KNUST, I won't also be happy in general, if he or she turns out to be a university material.

This is because, it will be worrisome that a university graduate who supposedly undertook Research Project or Long Essay in the final year, will make such disturbing pronouncements such as this: "It appears UK for instance uses the two approaches".

What a display of nauseating ignorance is that as a university student.

On the said subject matter my good friend goofed big time which might have probably annoyed some professors “biggly”, the distinction is simply between the UK and the USA.

In the USA, a teacher at the college or university level is called a "Professor". As a result, the term has become a kind of collegial cliché where every Tom Dick and Harry who is teaching in a university, is called a professor.

The question Clockworks must have asked before selling his ignorance to the world is, what does it take to teach at a university, either in the USA or elsewhere? But the hungry blogger never did, he or she just went ahead to making his hypothesis.

Let me allow the professors to speak for themselves: “who is higher than the other, PhD holder or a Professor?”

But before that, what are Doctor of philosophy (PhD) and Professor?

According to Mumsnet, an academic website online, PhD is a degree you earn at the University. A "professor" is a title that accompanies a very senior paid position at a university, it is basically the TOP of the TREE in academia. All professors will have a PhD, but not all PhD will be a professor."

According to Professor Henry Dietz, an Electrical and Computer Engineering Professor at University of Kentucky, USA, (1999-present) who, differentiating between the two has this to say, “Doctor is an honorific often applied to people who have an MD, PhD, or less frequently other degrees such as JD (Juris Doctor; a professional law degree). These degrees are normally earned within academia.

“Professor” is either a job title or rank . Generally, it refers to an academic position involving both TEACHING and RESEARCH and, in some fields, an earned PhD is a PREREQUISITE. However, “Professor” is also the top rank in such a job."

According to an independent developer known as Richard Smith, says, "From what I understand, what the US calls a ‘professor’ is what Europe calls a ‘lecturer’. What Europe calls a ‘professor’ would be someone who has the DEEPEST of UNDERSTANDING of a subject, someone capable of ‘professing’ in the old sense. Take what they say with no salt at all. So in this, if you are in Europe, a professor is a much HIGHER title than doctor, but in the US, a professor is simply someone qualified to teach on a collegiate level."

On his part, Ernest W. Adams, Senior Lecturer at Uppsala University Campus Gotland, Sweden says, "Doctor is used for anyone with a doctorate.

Professor is used in the USA for any university teacher, even those without doctorates. (Master of Fine Arts is normally a terminal degree; traditionally, there are no doctorates in Fine Arts, though this may be changing.) However, in Europe, professor is an ADVANCED QUALIFICATION only achieved by a FEW. A department might have only one professor or even none. (Mine has none.) Below that are reader and lecturer. I'm a senior lecturer."

Also, Brandon Bohrer, a former professor at California University College also defended the title professor, saying: "Doctor indicates that you have received a doctorate-level degree: Ph.D., M.D., J.D. etc. depending on your field.

Professor is a job title, with different variations on the title indicating different combinations of teaching/research at a university and indicating whether or not you’re tenured.

Most of the time, a doctorate degree is effectively a prerequisite for a professorship, while plenty of people get a doctorate and then pursue some other job. In that sense one might consider “Professor” the more difficult title to obtain. But there are also some professors out there that never did a doctorate."

Margaret Bader,former Professor of Sociology also observes that, "They (Doctor and Professor) aren’t really the same. Professor is a rank someone earns in academia over time. A doctor is one that has earned their Ph.D in a particular area. People without a doctorate can be "professors" (simply because they get opportunity to teach at the university) like myself and Ph.D’s can be instructors which would make them LOWER in RANK than a professor."

Finally, the take of Professor Aj.Raymond James Ritchie, Hons & PhD at University of Sydney, will culminate this discussion. According to him, "Dr/Professor differences are about whether you have a job or not. You can be a Dr without having a job. The term prof. is reserved for someone who has a job at a university. Professor also has different meaning in different countries. In the USA anyone with a teaching job in a university is called a professor. In the UK and Australia the term professor only applies to senior academics. The pecking order is: lecturer < senior lecturer < Assoc Prof < Prof."

In the above observations made by these Professors, one thing which is clear is that, in the USA I, Abdul Hakeem as a Teaching Assistant (TA) at KNUST, could have been referred to as a "professor" by students because I teach them, meanwhile I have only a simple First Degree.

However, in Europe, a professor remains a professor. That is, a person who, through by dint of hard work and academic excellence and merit, deserve to be called a professor because of the person's intellectual achievements on a particular subject matter.

My good friend needed to find out what type of professors do we have here in Ghanaian universities before making those wild claims: Are they merely called professors because they teach in university or they have achieved some intellectual feat that confers upon them such titles?

From my investigation and research a Senior Lecturer at KNUST disclosed to me under anonymity that, generally in Ghanaian universities, one is not allowed to be a lecturer unless he or she must have a PhD as the norm. Of course, there are rare cases where people are allowed to lecture without PhDs due to an outstanding academic performance at their Master's degree level.

Consequently, normally, an ordinary lecturer must have PhD as a prerequisite in order to qualify as a teacher at the University. It's through your further research as a lecturer just as you did to obtain the PhD, that would promote you to become a Senior Lecturer, then to Associate Professor, and then a Professorship, which is the zenith of academia.

Ordinary lecturers who want to become Senior Lecturers, must author a minimum of four (4) journal articles and a maximum of eight (8). That is, after they have done their researches to become PhD holders as a prerequisite to becoming a lecturer!

Senior Lecturers who want to become Associate professors, must submit minimum of twelve (12) and maximum of twenty (20) research works (journal articles) to be promoted, excluding the earlier articles and researches.

To become a full professor, which is the capo di tuti capi in academia, one must have minimum of at least twenty (20) journal articles, and maximum of "infinity" of publications.

There are professors at KNUST who have more than 100 publications and authors of books. That is, hundred times what a PhD holder has done!

My readers may find out how many publications Prof. Naana Jane Opoku-Agyemang had published to become a professor, and for how long before she was deemed fit to head one of the top universities in the country?

A Professorship is the pinnacle of intellectual excellence, and it is certainly higher than a PhD.

Everyone has a master. Dr. Bawumia’s master and “mom” in intellectualism has surfaced on the political clime, let him take a bow!

(The Young Prof., not Young PhD)