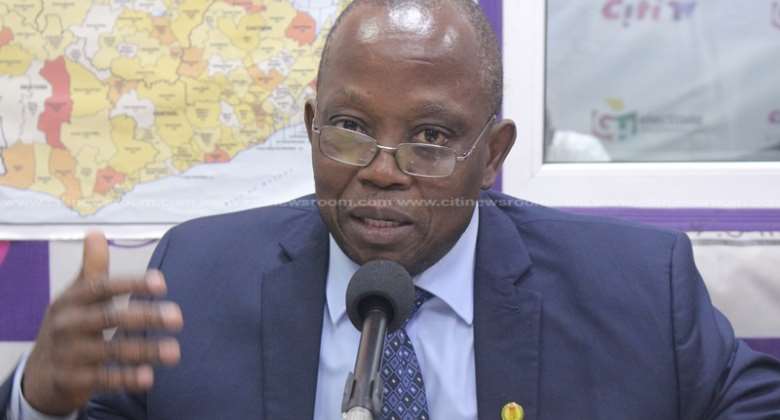 Accra 9 July 2020: Over 2000 Ghanaians have submitted a petition to the President of Ghana urging him to withdraw his directive requiring Ghana's Auditor-General to take an enforced leave of absence of 167 days.

The President's directive, issued in a letter dated 30 June 2020, renders the Auditor-General, an independent constitutional officer mandated with auditing the accounts of all Ghanaian public institutions, incapable of performing his duties for 10 of the remaining 12 months of his tenure in office.

The petitioners describe the President's directive as “an unconstitutional and flagrant interference with the independence and mandate of the Office of Auditor-General,” and call on him to reconsider his decision as a matter of urgency.

They contend that Article 187(7)(a) of the 1992 Constitution of Ghana which states that the Auditor General shall not be subject to the direction or control of any other person or authority, provides a “clear and unambiguous” constitutional basis for the Auditor General's independence.

The petitioners also challenge the Presidency's position that Ghana's Labour Act requires the Auditor- General to take is annual leave each year. Pointing out that the Labour Act is inferior to Ghana's Constitution, the petitioners clarify that the provisions of the Labour Act cited in the President's letter entitle a worker to take 15 days of annual leave, but do not provide any power to compel a worker to take his or her leave.

In closing, the petitioners remind the President of the ruling New Patriotic Party's 2016 election campaign promise to “plug leakages in the administration of public finances”. They highlight the contradiction in the President sending the Auditor-General on 167 days' leave, preventing him from plugging leakages in public finances, while at the same time claiming to uphold that Auditor-General's important constitutional role of protecting the public purse to identify such leakages in the first place.

They contend that the President's directive risks eroding the public's faith in your commitment to fight corruption and destroying the goodwill your administration has enjoyed from Ghanaians throughout your tenure in office.

The citizens' petition comes on the heels of a press conference organized by over 400 Civil Society Organizations earlier this week to demand that the President withdraws his directive to the Auditor General. It will add to the mounting public pressure against the President's actions.

The petition remains open for signatures and can be found at: https://www.change.org/p/dear-mr- president-please-withdraw-the-directive-to-place-the-auditor-general-on-leave .

More Petitions
ModernGhana Links
Petition to Ghana Parliament on the issue of LGBTQ+
Petition to His Excellency Nana Akufo-Addo to revoke the approval of Mr Samuel Addai Agyekum as DCE for Kumawu Sekyere District
Concerned NPP Youth of Bekwai kicks against the reappointment of Bekwai MCE
Mark Boldkid Kubuga's petition to IGP
Petition for the removal of the wig in the judicial services of Ghana
Scrap MPs Ex-Gratia and use it for developmental projects
NDC Professional Forum Petition CHRAJ To Investigate And Prosecute Killers Of December Elections
Concerned student petitions UG management over double track module for 2021 academic year
Frustrated Business Woman Petitions Chief Justice, Akufo-Addo To Stop His Bodyguard From Bullying Her
TOP STORIES