NDC’s Opoku-Agyemang, And Why’ll A ‘Professor’ Factor Matter In 2020 Elections 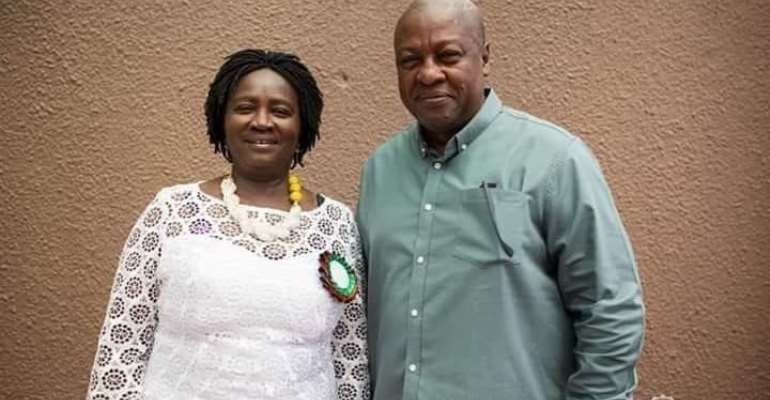 The duo has defeated Mr Victor Owusu, the leader of the Popular Front Party (PFP) - a party which was born out of Busia's Progress Party - in a run-off election held on July 9, 1979. In fact, many observers and Ghanaians alike least anticipated the PNP’s overwhelming victory at the polls, yet, it happened.

Dr Limann polled the highest vote among ten candidates, including four independent candidates. Though the poll was held a month earlier, his majority only represented 35.5% of the total vote count and didn't cross the 50% margin of the vote count as required by law. So, a run-off was held on July 9, 1979, to choose between him and his closest competing party, the PFP. In the end, Dr Limann convincingly won by obtaining 61.46% votes against 38.54% by the leader of the PFP, Mr Victor Owusu.

Interestingly, in the quest to make sense of the National Democratic Congress (NDC)'s recent selection of a ‘Prof.’ to partner their flagbearer to run on the party's ticket, and to predict what is likely to happen in Ghana's upcoming polls, I think the PNP's victory in 1979 can be a very useful reference.

From the above record, the question, probably, is could Dr Limann’s skillful legacy of choosing Prof. J.W.L. de-Graft Johnson from the central region validate the political decision arising out of John Dramani Mahama's settling on Prof. Jane Naana Opoku-Agyemang (from central region), as the running mate on the ticket of the NDC, since both flag bearers are northerners?

Indeed, the NDC's move isn't a coincidence at all. In fact, all admirers of politics, today, would admit that political decisions when skillfully executed can be as valuable as gold. Thus, when one take the time to understand the events in the 1979 presidential election and see how different acts led to others, one would notice that the vast majority of the country's electorates in 1979 became frustrated with the political and economic tensions and voter apathy in the country. For that matter, they yearned for 'newcomers' and 'fresh types of blood' that’ll bring some kind of balance and relief into their lives. And, truly, the fact of the matter is that Ghana has slipped back into the 1979s today, simply because the economic situations are becoming unbearable for many now.

When the NDC has named a female ‘Prof.’ as their running mate, the New Patriotic Party (NPP) decided to go hysteria by trying to underestimate the pedigrees of the woman. Contrary to the fanfare of propaganda with which they're approaching the ‘Prof.'s’ nomination, what they failed to recognize is that it’s possible the NDC's nominee may turn the re-election dream of the NPP into a nightmare. And I think those who’re involved ought to remind themselves by the presidential election of 1979.

The paring of Prof. Opoku-Agyemang with Mr Mahama is a big deal for the opposition party. And this could rekindle the fortunes of 1979. This is because the geographic and qualification balancing (the northern flag bearer, and central region's academic running mate) that favoured Dr Limann appear to be on their side. And we may not necessarily need data or science to be able to draw these linkages.

Therefore , as a free thinker and also a student of history, judging from the election record of 1979, it’s become permissible to make the following predictions for the 2020 polls, even if they appear ugly. To this end, the bearing that the 1979 elections have on 2020 elections is estimated as follows:

(1) It's possible the December poll won't end in the first round but would result in a run-off between the NPP and NDC;

(2) Still judging from the 1979 polls, it's clear John Dramani Mahama and his Professor running mate, Naana Opoku-Agyemang, would convincingly win in the run-off;

(3) In the parliamentary election, many of the seats in parliament may go in favour of the NDC, and spreading over all the sixteen regions of the country;

(4) The ruling government would diminish their number of seats in the legislature.

In closing, I think these are predictions ripe for misunderstandings given the changing trends in our elections today. Also, It may be right to say academic standing doesn't always make one a successful person. Even so, I think the pedigree of Prof. Opoku-Agyemang as a true champion of inclusivity would impact positively on the NDC's campaign, and also have lasting impressions on the electorates, come December seven.