Dr. Emmanuel Acheampong Writes; The Chances Of Mahama & Jane Per The Science Of Numbers 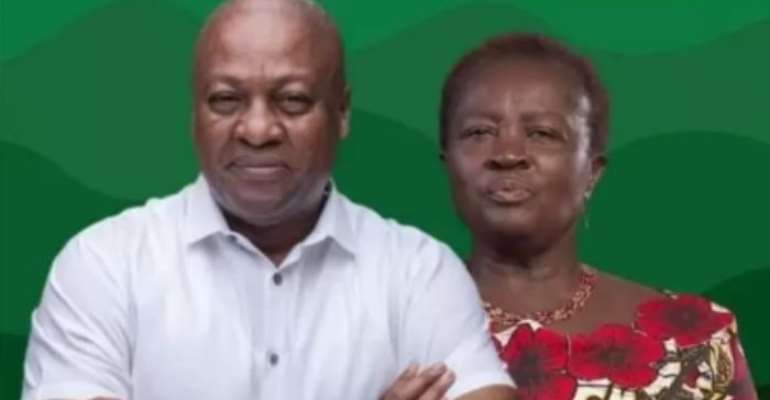 Despite the majority being women in Ghana, not much political action had been witnessed in their push for greater inclusion in Ghana’s political administration.

Fifty-two percent of the population are women, these statistics should count, but that will only happen when women sit around the table where the decisions are made.

If women don’t, for instance, put themselves up to be elected as candidates, then it is difficult to have a majority of them as ministers because at least half of Ghanaian ministers, per the Constitution, must come from the legislature”.

Former president, his Excellency John Dramani Mahama, has chosen his running mate for the upcoming 2020 election in the person of Professor Jane Naana Opoku Agyemang.

This is not the first time a political party has chosen a woman to be its running mate but it has gathered so much debate because it's coming from the largest opposition party in Ghana.

The debate is from many angles but I want to tackle it from a different perspective.

Numbers are assigned to letters so the number of a name can be deduced by applying this knowledge.

Thus the numerological vibration of JANE NAANA OPOKU AGYEMANG Is 5

The number 1 wants to be alone. He is self-sufficient and independent. He is a born leader and Pursues his own goals, businesses and doesn't really need companionship. This means he is able to singularly make a move and succeed.

Then such a person has to make sure he goes in for very possible moves.

No wonder the former president rose very fast in authority in this country.

But the question is, has he exhausted his numerological fortune or he still has some under his sleeves.

JANE NAANA OPOKU AGYEMANG is number 5 numerologically and what is the vibration of number 5?

The number 5 wants freedom and non- attachment. He or she learns through life with lessons. The number 5 offers many opportunities and choices for the future and is very adaptable to situations.

The number 5 is a visionary, naturally intelligent, and makes positive choices. It's adventurous, curious, and has a competitive spirit.

These are the individual vibrations of the two of them but we should remember, they are going to pair up so we add their numbers. Thus 1 and 5 and the sum is 6.

To know the way forward, let's look at what number 6 means and that will determine how the pair will look like

Number 6 is the Mother number and is a working building number. It symbolizes responsibility and service which needs to be achieved through love, nurturing, and protection. There is a strong desire within number 6 to bring harmony, peace, and truth to all experiences in life.

Let's all make any inference from it.