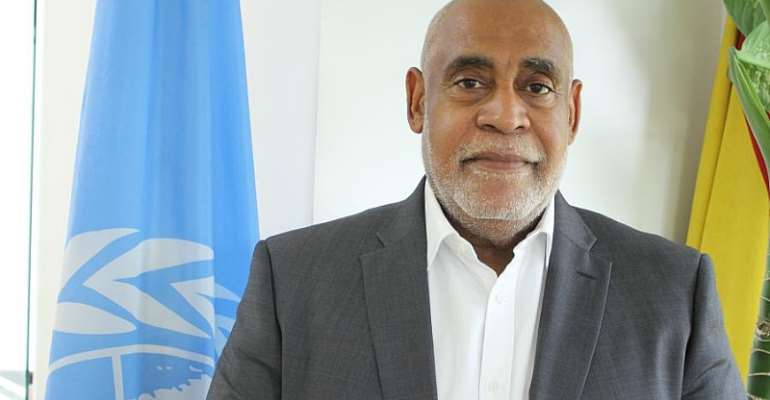 The United Nations has a new Resident Coordinator (RC) for Ghana. He is Mr. Charles Abani and was appointed by the UN Secretary-General António Guterres in May this year.

As the designated representative of the UN Secretary-General, Mr. Abani will lead the operations and programme interventions of the UN system in Ghana in support of Government development priorities for the people of Ghana.

Mr. Charles Abani is a seasoned international development practitioner with over 25 years of experience in the public, private and non-profit sectors having worked in senior country and regional leadership roles in Africa, Asia, and in Europe. Specifically, he has worked with ActionAid International, Oxfam GB, Absolute Return for Kids, Palladium and Chemonics.

Mr. Abani has also led the successful implementation of projects for DFID and USAID. Most recently, Charles served as Africa Director in Chemonics' UK Division, prior to which he led USAID' flagship civil society project in Nigeria – USAID-SACE.

Mr. Abani is from the Federal Republic of Nigeria and holds a BA in History from the University of Nigeria, an MSC in Political Science from Ahmadu Bello University and an executive management certificate from Oxford University.

He takes over from Ms. Sylvia Lopez-Ekra who served in dual-capacity as UN Resident Coordinator ai for 18 months and as Chief of Mission for the International Organisation for Migration (IOM) in charge of Ghana, Togo, and Benin.