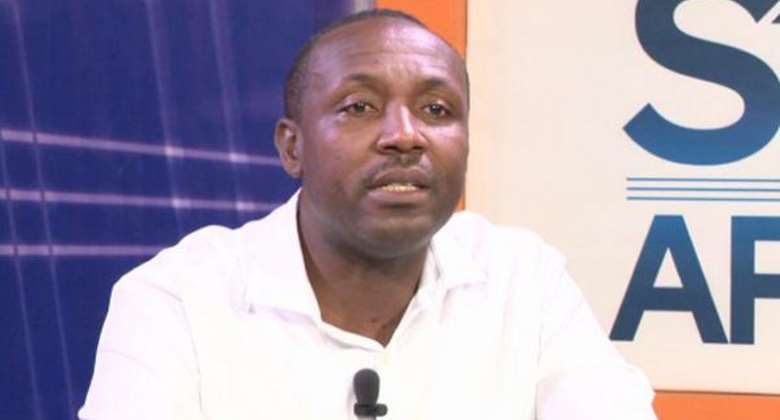 I have had to write this opinion to tell it to the party leadership in very plain terms, that they have failed woefully in steering the affairs of the party in particular respect to the handling of issues surrounding the primaries. This is not the first time I'm passing such a damning verdict on the party leadership, especially on John Boadu, the General Secretary of the party and for sure, it will not be the last God-willing.

It amazes many watchers how a party that is famed for democratic, rule of law, and academic credentials, cannot simply organise a rancour-free and a free-and-fair internal contest. For those of us who have been party activists for sometime now, we are not too surprised. Why? Because we saw a gradual takeover of the party by selfish and avarice-driven individuals whose interests, are always, to put their self-serving agenda over that of the party.

The alarm bells started ringing deafeningly during the primaries for the orphan constituencies. I wrote extensively to decry the overthrow of the party's constitution by some avaricious persons and called on the national leadership to bring sanity. Who am I in the party after all? I, together with the Patriotic Youth Alliance which I am member of, were ignored and described as party outcasts.

For the sake of safekeeping the events at the time for posterity, I will briefly recall some of the pernicious decisions that were taken to satisfy some handful of greedy individuals. First, at Asawase, a constituency that could have easily swung to the NPP following the NDC's infighting became embroiled in an unnecessary but avoidable, controversy. Manaf Ibrahim, a young man who had sacrificed so much for the party and nearly lost his life together with the late Kwabena Boadu, was dealt a wicked blow. He used all laid down processes in the party to restore his rights but to no avail. Even when the national leadership took a decision that he be included in the contest after he makes a public apology to which he complied, the avaricious persons still went ahead with their self-serving agenda to exclude him from the contest and nobody whimpered. In addition to his unfair treatment, he fired from his position as a presidential staffer. That's how a committed patriot was paid for his hardwork. We looked on and now Asawase is in abeyance as Manaf has a case in court against the party.

In Ejura, the constituency secretary, a young, dynamic woman, Gifty Ndoma, who had risen to fame within the Ejura enclave, was illegally suspended from the party because she had insisted on her right to contest the primaries against the wish of the avaricious persons. They heckled, threatened, and literally, manhandled her while her attempt to seek refuge in the national leadership, was ignored. One of the chimaeras that were pulled out in order to justify their mistreatment against her, was that she is an 'Alan supporter'. Huh! All the grandstanding talks about women empowerment in the party proved to be a charade! To date, there're individuals in the party leadership, who think women must kowtow to their evil demands before they'll be given their full rights/place in the party.

Fast forward, when the nominations were opened for the impending primaries, we all saw how the common purchasing of forms became basis for violence and bloodshed in the party. Directives of the party leadership were egregiously ignored by the avaricious persons. We all recall how a prominent person as Hon Francis Addai-Nimoh, had to go into a rat race in order to get a nomination form. Simply put, fairness, law and order, respect for party leadership, and all the good things that make a good party were sacrificed on the altar of egos and insatiable greed!!! Nobody was sanctioned for courting bad press for the party in all of this. Nobody whimpered.

Now we're going into the elections God-willing on Saturday. There have been widespread disenchantment in the rank and file of the party. This has led to party people resorting to curses and all manner of things that have undoubtedly lowered the party in the eyes of right-thinking watchers. There have been accusations of machinations and manipulations to disqualify individuals and to tamper with the constituency delegates register aka album.

How difficult is it to get a credible register for just internal elections? How ridiculous it is, that, a party, that's leading a relentless campaign for a credible national register, cannot keep its home on matters of register. Have we not lost moral legitimacy to pursue the cause of attaining a credible register? Tension is brewing at Asante Akyem Agogo on this same issue with some party people threatening to spill blood. Doesn't the national party have records of delegates for each constituency in the country? Where are the records of elected officers and other officers who make the electoral colleges of the constituencies? Is it not possible to centralise the preparation of the registers so that the national is responsible for preparing the registers? Is there no innovative way to go about the issue of register in a party such as the NPP? It is pitiful that a party with a huge reserve of intellectuals would be exhibiting symptoms of brain drain. Indeed, when greed takes over the hearts of men, their intellectual capacity becomes compromised. Greed and mafia have completely taken over!

I wrote an open letter to Mr John Boadu some few months ago, highlighting the fault lines and blaming him for the disorderliness we are seeing. Today, I stand by my chastisement of him, and in fact, he deserves more backlashes so he could sit up, methinks. A party in power is vulnerable to catching the disease of disaffection than one in opposition. And this trite knowledge must hinge all our actions and inactions in the party.

Let me end here and come back later. On this note, I wish all the aspirants well and advise them to conduct themselves decorously.