Nobody Is Immune To COVID-19 – NCCE Cautions Zuozugu Community 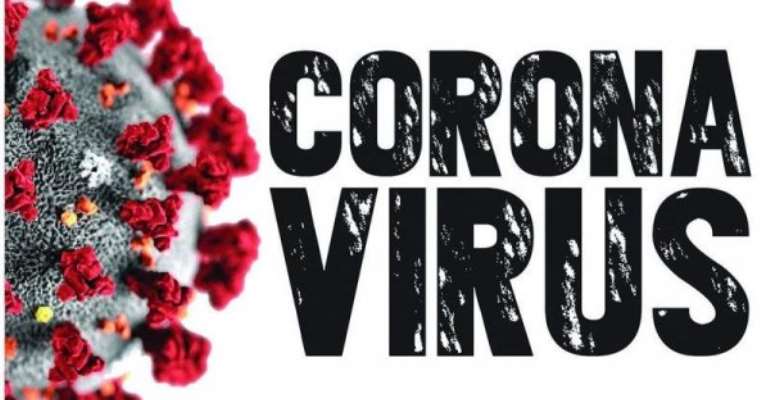 “Nobody is immune from the COVID-19 disease,” he said.

He indicated: “The COVID-19 is no respecter of persons, and you can catch it no matter your status or where you live” adding, “The only way we can deal with it is to observe the protocols prescribed by the World Health Organisation, and the government.”

He was speaking during a community sensitization exercise on the disease at Zuozugu community in the Tamale Metropolis to create awareness amongst the residents on the disease and urge them to remain safe and avoid the spread of the disease.

Messages on the disease such as “how it is transmitted, symptoms and safety protocols including regular handwashing with soap under running water, avoiding crowds or keeping social distance, and eating nutritious foods” were broadcast to the residents through the use of a mobile van.

Face masks were also distributed to some of the residents to keep them safe from contracting the virus.

The sensitisation exercise was organised by the SOS Children's Villages, Ghana in Tamale, a social development organisation with a strong emphasis on child welfare, as part of its 100 Children go to school project.

Under the project, 200 children at the Zuozugu community are supported with educational and health materials, and their families' capacities are also built through training and financial support to strengthen them to take good care of the children.

It is believed that some of the residents do not think COVID-19 exists whilst others also hold some myths about the disease such as “it is a white man's disease”, “you will not get the disease when you take hot water, or shea butter or the rains will wash it away” hence, the sensitisation.

Alhaji Razak Saani emphasised that “COVID-19 is real, it is with us and it is going to be with us for quite some time. Let us avoid situations that will predispose us to contract the disease.”

He appealed to them to ensure hygiene practices, especially amongst their children by helping them to wash their hands thoroughly before eating and after playing.

Madam Benedicta Pealore, Programme Director of SOS Children's Villages, Ghana in Tamale, said the organization was committed to sustaining its investment in the community, hence, the need for community members to remain safe during this era of COVID-19, “So that we can continue to transform the lives of vulnerable families in the community.”

Mr Issahaku Naporo, a Resident of Zuozugu, said the sensitization would help to demystify the myths residents held about the disease such that they would strictly adhere to the safety protocols to help curb the spread of the disease.

Mr Naporo commended SOS Children's Villages, Ghana in Tamale for undertaking the sensitization exercises earlier amongst children in the area, saying, it had helped them to get handwashing facilities such as tippy taps to regularly wash their hands.

Madam Awabu Ibrahim, also a Resident, described the sensitization exercise as a wake-up call and expressed the hope that members of the community would observe the safety protocols to keep the community safe from the disease.

The SOS Children's Villages, Ghana in Tamale, which began operations in 2010, supports vulnerable families and their children at Dungu, Datoyili, Kambonaayili, Gunnayili and Zuozugu in the Tamale Metropolis and it currently has 58 caregivers, who take care of 200 children in the Zuozugu community as part of its “100 Children go to school” project.

Madam Sherifa Mahamuda, Project Officer-in-charge of the 100 Children Go to School project said the SOS Family Strengthening Programme had reached out to about 2,000 children since 2010, provided educational support such as payment of school fees, provision of school uniforms, sandals, bags, text and exercise books for the children as well as built and furnished the Zuozugu Primary and Junior High School with a computer laboratory, 12 Seater KVIP and playing equipment.