Jean Mensah’s Electoral Commission Set To Disenfranchise As Much As 571,976 Plus Eligible Voters In Nr, Sr And Ner 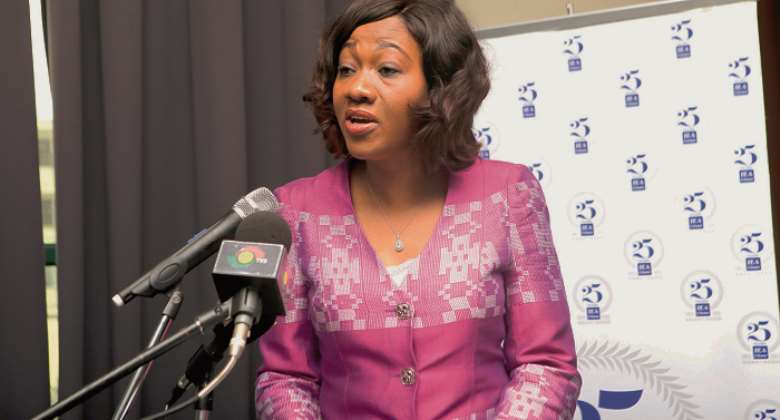 -Chapter 3 of the 1992 constitution unambiguously spells out who is qualified to be a citizen of Ghana. So, any subsidiary law or legislation like the C.I 126 as laid before the Parliament of Ghana by the Jean Mensah’s Electoral Commission which seeks to redefine citizenship and the right of Ghanaian taxpayers to vote, is in contravention of the 1992.

-The CI 126 as laid before Parliament is proposing amendments of regulation 1 of C.I 91. This is the proposal:

a) by the substitution for sub-regulation (3) of;

(3) a person who applies for registration as a voter SHALL provide as evidence of identification one of the following:

b) a national identification card issued by the NIA.

-As per this proposed amendment to the C.I 91, a traveling passport or the NIA card are the only identification materials that can serve as evidence or show of citizenship. And only the two can qualify anybody to register as a voter.

-Per this, the three regions (Northern, Savannah and North East) will have as much as 571,976 eligible voters deliberately disenfranchised by the NIA and the EC.

-From the above, the difference between the number of voters in the Jean Mensah’s EC’s register and that of the NIA’s suppressed register is 571,976. This number of people by default cannot register and by extension are not Ghanaians as per the EC’s redefinition.

-It is worthy to note that the NIA registration in these three regions was done simultaneously, with limited registration materials, faulty registration machines and within a very limited time. At some points, for about 48 hours, not even one person was able to register at some centres. Even the promise made to the people that a mob up exercise will be done to enroll those who were not able to register, remains a scam. Also the promise made by the NIA that permanent registration offices will be designated in all Districts in these regions by March of 2020 has not been fulfilled.

I ask this question: Who am I now? I, Issifu Seidu Kudus Gbeadese, is a Ghanaian; I have voted since 2004; I don’t have a traveling passport; I don’t have a Ghana card from the NIA, so, does this mean my citizenship has been nullified by the NIA and the EC? Many other taxpayers out there like me who do not have either NIA cards or Passports won’t be able to register and by extension, their citizenships are being redefined by the EC and the NIA. Bad for Ghana’s growing democracy.

(A loud citizen from Laribanga)