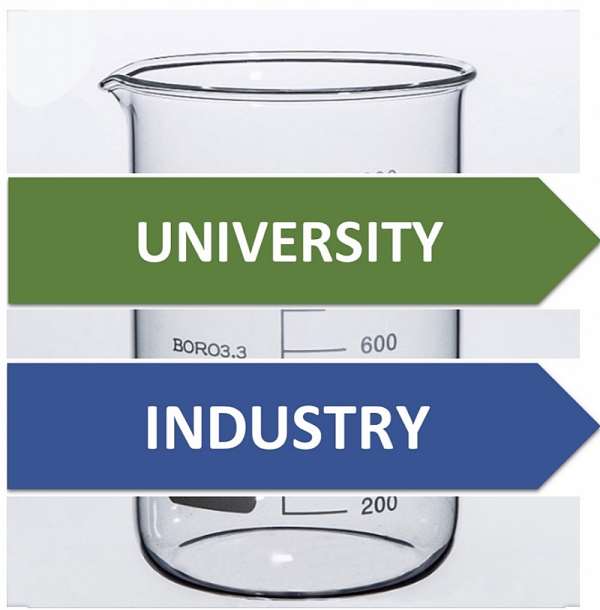 As we all know, one does not need cassava to make gari; you can always bake bread without flour, and fried yam without yam. If these make you question the writer's mental state, then this article might just make you question our nation and continent too.

Worldwide, persistent or re-occurring widespread unemployment is a shared national struggle. But this struggle is even more pronounced in countries which lack a culture of innovation. This sense of inventiveness—a key ingredient for development—is not stumbled upon by a populace; it is taught. It takes systematic nurturing, teaching and long-suffering to effectively cultivate in a citizenry this vital tool. The tragedy is when a nation constantly churns out tens and hundreds of thousands of university graduates—graduates highly trained in the theoretical, scantly trained in the practical. There is a problem when these universities are themselves denied the opportunity of flexing their innovative muscles because the nation has relegated them to the outmoded university mandate of mere teaching grounds.

A vicious circle ensues when this is the case; and it looks like this: lack of a culture of innovation means a lack of entrepreneurships, which translates into rising unemployment rates, and subsequently slowed economic/socio-economic growth.

Meanwhile, somewhere in a German, American, Japanese, etc. university, there are students who are aware of the duty that lies upon them to advance science and technology, for they sit in universities which are consistently conducting researches (both basic and applied) that have real national and global relevance; there exists countless precedents of their universities directly contributing to the world of technology and innovation; their universities have a number of Nobel laureates under their belts, et al. It comes as no surprise then that such students graduate into the world themselves inventors—creating jobs consequently.

But here seated in Ghanaian universities are students, also very much aware of their duty—which is to study, make good grades, graduate and look for a job.

In an article titled 'Universities, Pandemics (Minus Politics)', the writer made a case for universities as engines for development, with emphasis on global health and COVID-19. We highlighted universities' abilities to advance science, technology, and growth. We mentioned university/industry partnerships as one way to achieve this. So how do they work—these partnerships?

In every country, there are tertiary institutions striving for the proliferation of knowledge. In these same countries, we have industries perfecting skill—with the hope of turning profits as they deliver demanded goods and services. A clash between these two: the pursuit of knowledge and the perfecting of skill is a national necessity.

These collaborations come in various forms—with respect to duration—they may be short, long, or longer term partnerships. Sometimes all an industry needs is on-demand solutions to specific problems; and who do they call?—universities. There are times too when these two institutions come together to participate in joint projects; share joint research centres, consortia, andinfrastructure. There are instances when these relationships reach their peak, and a university and industry stick together—in long open-ended relationships.

There are other forms of partnerships which are determined by the closeness or nature of the relationships. In low-level partnerships, universities may sell/transfer their patents to industries and use proceeds to fund future researches. Industries may put into practice basic researches conducted by universities.

Medium-level partnerships may comprise internship programmes conducted by industries for university students and graduates—this helps to boost their practical knowledge and technical know-how. Universities may, in turn, conduct employee training programmes for industries' employees—updating them on recent developments in the world of knowledge.

And there are high-level relationships which are similar to long-term partnerships. Universities may provide consultancy services, quality control, testing, prototype development, contract research etc. at the behest of industries at a cost. The two entities may share infrastructure—industries may use university labs and equipment; universities may take advantage of technology parks, incubators, etc. owned by industries. Industries may choose to build their industrial parks on university campuses, consequently undertaking certain researches jointly.

These are the various forms and types of relationships existing between universities and industries in the developed world which have been and are now being effectively utilised in the ongoing fight against COVID-19.

In many developing countries, there are countless deep-seated hurdles that need to be toppled before such countries can benefit from these partnerships. Ghana's hurdles are surmountable—we fare badly at prioritising and funding. For some developing countries, the quality of tertiary education is so low that a proposal for university-led development is almost laughable. Ghana's tertiary education system holds a very respectable position.

In some developing countries, there exists certain deep-seated cultural and institutional barriers such as counterproductive politicisation of the tertiary education system which strips these institutions off their autonomy and independence. In Ghana, public universities comprise the nation's finest, and in these universities daunting, injurious political entanglements are non-existing.

Nkuro is a thing children do where the pretend to cook—sometimes lacking food ingredients these children even go to the extent of cooking air. Nkuro is what it looks like when our university laboratories are stocked with scant science equipment, many outdated. It is when university professors and students are forced to stick to theoretical education. And when they deign conduct researches, for lack of funding and recognition as valid research grounds, they are forced to stick with researches lacking relevance to global science. Nkuro is when adults(developed countries) are in a kitchen preparing a meal—meal of which is to actually serve the purpose of feeding—the children (developing countries) are somewhere in the backyard feigning cooking.

As researchers from universities and industries are presently collaborating in the developed world in the fight against COVID-19, Ghanaian universities— comprising equally brilliant and able professors and students— have no option but to play the waiting game—just like the rest of us.

It is unfair comparing a 63-year-old developing country like Ghana to the developed world, some of whom are about and over three centuries old. But it is inexcusable our tendency to put certain key developmental imperatives on the back-burner—pretending groundnut soup doesn't need groundnuts—when in fact we are a nation of vast potentials with conducive environments for the utilisation of said potentials. Perhaps, we overestimate thepotential governmental financial burden, and that is because we fail to see university/industry partnerships as a valid national move…

The writer is the co-founder of Blarney Stone Inc. (www.blarneystoneinc.com)