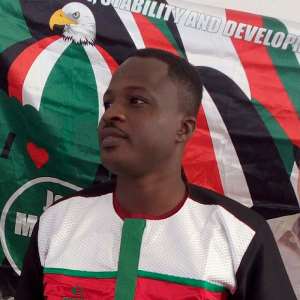 Celebrity journalist and artiste manager, Mustapha Inusah, popularly known as Nii Attractive, who works with Despite Group as producer of Peace FM/Neat FM morning show, has tendered in his resignation letter to campaign for President John Dramani Mahama in the forthcoming election.

Speaking to a section of the media, Mustapha Inusah, who has been mute over his resignation, confirmed that he resigned mainly to have time to campaign for President John Mahama’s re- election bid.

"Yes we have the men to campaign for Mahama, everyone will preach about his good works, and I can't be left out. It's not just going to be campaigning but will continue help in building a better Ghana and transforming lives after the election" he stated.

"With over 10years in journalism, managing stars, and PR works, I played a major role in the 2012 election campaign for John Mahama, but this year I feel I cannot campaign effectively while working for Despite Group at the same time," he added As one of the coordinators for the 2012 elections, he said he doubles as coordinator for celebrities for JM and the famous democrat which is made up of stars and famous people in the ruling party.

The CEO of Attractive Productions posted on Facebook after the Media interaction, “on behalf of celebrities for JM and famous Democrats, we extend our condolences to President Mahama”.