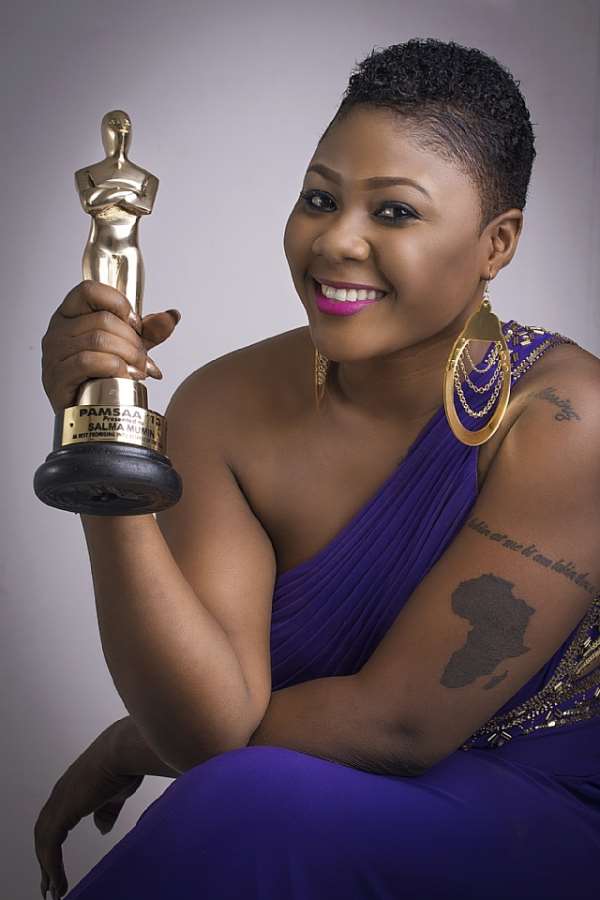 Awarding an artiste is another way of honoring him/her as well as a form of motivating other actors to do better.

Salma Mumni is one of the few movie stars who has been in the industry for long but have not been honoured or received any awards yet. To her, though she has been active and also attended almost all the award schemes in the industry, she doesn't feel disheartened each time she doesn't get an award.

Addressing the media after she won her first award - The Papyrus Magazine Screen Actors Awards (PAMSAA) in Nigeria, she said that, “I have been nominated in the City People Awards once, before but I didn't win. It didn't discourage me though.It rather motivated me to work harder and after 5 years, here I am with my first award 'Best Promising International Actress of the year, which is supposed to be the second nomination I've ever had in my chosen profession after many years. I am very grateful. I will forever cherish it” Salma Mumni shared.

Talking about the Papyrus Magazine Screen Actors Awards (PAMSAA) which is the child of Damsa Mege Business Ltd, the Publisher of the famous Papyrus Monthly Magazine initiated in 2012 by Hon. (Mrs). Doofan Abu-Amai, the publisher of the magazine appreciated the efforts of those industries that started out of nothing and have transformed into what it is now, thus, becoming a major source of employment to thousands of youth in Africa.

She used the opportunity to thank God for how far he has brought her. She thanked the organizers, her fans, movie producers and her mother for their support too.

Apart from Salma who won the PAMSAA Awards, celebrities like Van Vicker, Roselyn Ngissah, and Martha Ankomah respectively, also had their share of the awards. You can view the list of the winners below: