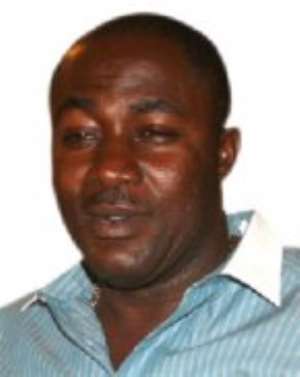 Peace FM, one of the leading Accra-based radio stations has rounded off its 10th anniversary celebration with a church service at the Word Miracle Church International, Dzorwulu, Accra.

Peace FM was a dream of Mr , Chief Executive Officer of the Despite Group of Companies, that became a reality on May 25, 1999, when the first music was played on-air on the frequency, 104.3MHz.

The objective was to “demonstrate singular support for the local music industry which was on a rapid decline then, put Ghanaian culture above all else and use over 70 per cent airtime to broadcast programmes in Twi”.

The concept, contents and service delivery from Peace FM’s hardworking staff made the station an instant hit. That subsequently led to radio stations outside Accra entering into agreements with Peace FM to rebroadcast a number of its innovative programmes.

The company’s contribution to national development has been widely acclaimed resulting in several awards being conferred on it, including Radio Station of the Year 2006. Other laurels include applause from President John Evans Atta Mills, Vice-President John Dramani Mahama, Ex-President John Kufuor, the Information Ministry and several other dignitaries.

The awards the station received were for an incredible innovation and human-centred business strategy, which not only satisfies all sections of the society, but also helps to sell the country to investors and tourists.

The station was adjudged 'The Market-Oriented Company of The Year' by the Chartered Institute of Marketing Ghana (CIMG), in 2000. The station also won CIMG's 'Radio Programme of The Year' in 2001. That programme was Maam Afia's 'Wo Haw Ne Sen.'

And the most current award Peace FM has added to its national collection is another 'Radio Programme Of The Year Award' on the platform of CIMG.

The programme which won the award is the Morning Show Programme, dubbed, 'Kokrokoo,' hosted by Kwame Sefa Kayi.

The World Geographical Media says Peace FM is one of the top 50 most talked about radio stations in the world.

Located at Mile 7, Achimota, and with a staff strength of 60, Peace FM reaches millions of listeners, not only in the nation's capital, and Greater Accra, as a whole, but in the Eastern, Central, Volta, Western, Ashanti and Brong Ahafo regions.

Close associates of Kwame Despite, as he is affectionately called, told The Mirror that the media shy CEO was born on February 2, 1962 at Agona Wiamoase in the Ashanti Region.

He started life as a dealer in cassettes and later travelled to Nigeria to seek greener pastures.

He returned to Ghana and continued with his cassette business until his vision to diversify his business became prominent. He went into radio and other multi-billion investments including salt mining.

Kwame Despite worships at the Accra New Town branch of the Church of Pentecost. He is a member of the Achimota Keep Fit Club and enjoys playing football. His favourite position is the left wing.

Kwame Despite, who has four children from a previous relationship, is married to Awurama, who is in charge of the Despite Music Shop at Kantamanto in Accra. They have four children.

His favourite food is fufu and light soup.