The Ghanaian Teen On A Mission To Popularize Cryptocurrencies Accross Africa 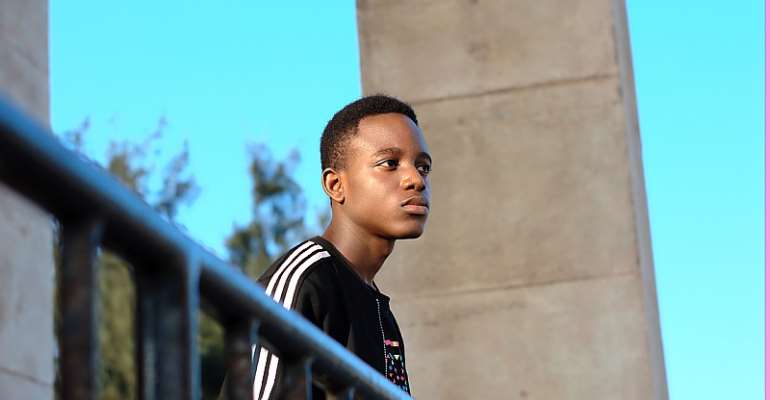 Elisha Owusu Akyaw is only 16 years and a second year student of Legon Presbyterian Boys Secondary School, but you are not far from right to call him an expert in cryptocurrencies.

Cryptocurrency is defined as a digital designed to work as a meduim of exchange using cryptography to secure the transactions and to control the creation of additional units of the currency.

Confused?
Let's break it down, Cryptocurrency is digital money which you keep in your digital wallet. Something similar to mobile money.

Created in 2009, Bitcoin was the first decentralised cryptocurrency and since it's inception other cryptocurrencies are in use over the world.

The first time I met Elisha Owusu Akyaw was at a workshop organised by Open Foundation West Africa (OFWA), in Accra on Open resources.

Listening to him, one would think a much older person is leading the session but his teenage looks subtly gives him away.

Owusu Akyaw got into the technology space in 2013 when he was only 12 years and had recieved a mobile phone which could access the internet after using a Nokia 3310.

"So I got access to the internet and started exploring what operating systems and websites were all about. I learned how to create websites on my own through Youtube," Owusu Akyaw told Modernghana.com, in an interview.

"The journey of web development exposed me to open resources such as Firefox by Mozilla which pushed me to volunteer for the community locally," he added.

He has been called to speak on a couple of occasions with his significant one being a presentation at the Software Freedom Day 2015 in Accra.

He built one of the first commercial blogs for Firefox OS ( Mozilla's mobile operating System), called firefoxcentral.com but had to explore other areas when the Firefox project was discontinued which landed him into cryptocurrencies.

"I have been into cryptocurencies for almost three years now. The whole idea of financial freedom and an entire economy based on the internet appealed to my curiosity and caused me to invesatigate about Bitcoins and cryptocurrency as a whole."

Most Ghanaians at his age will probably be focused on normal schooling but he has decided to set himself apart.

"From childhood, I have always wanted to understand things in-depth. I love to know how and why things were made and what it will look like in future."

"PIVX is a digital currency which when adopted will be useful for Africans. The private nature of these transactions will allow us achieve true financial freedom," he further said.

He is curently working to set a cryptocurrency marketing firm called, Token Media and is looking forward to educate Africans on cryptocurrency.

To him, Ghana has a future with cryptocurrencies because untill recently, Ghana was leading the list of countries with the most interest in Bitcoin according to numbers from Google search.

This according to Owusu Akyaw, dipicts the growing interest for an alternative to what he calls weak financial systems backed by the traditional currency. He however, was quick to add that cryptocurrencies are the answers to the poor policies that continue to put the people and resources at risk.

"It's just a matter of time before mass adoption of digital currencies happens in Ghana." he concluded.

Ghana is set to host the first-ever Block Chain Conference on November 16, 2017, at the Golden Tulip.

Blockchain is the digital distributed ledger technology for recording ordered set of crypto-currency transactions securely including Bitcoin, Etherum and others.

Nurses, teacher trainees who completed their training in 201...
5 minutes ago