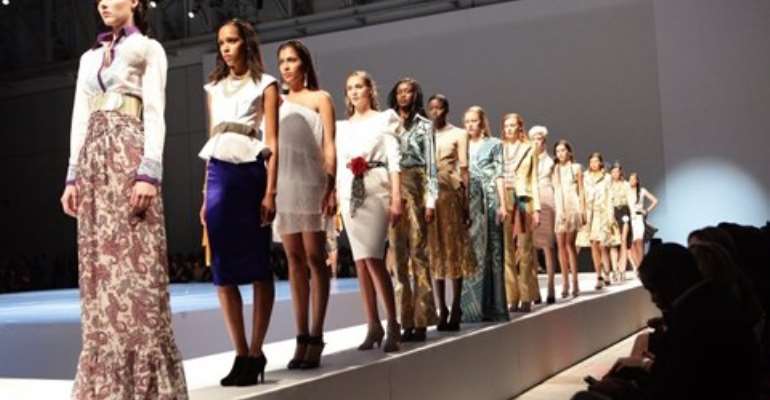 In line with African Fashion International (AFI)'s theme for 2013, the event celebrated the strength of 'Fashion, Art & Design' in the City of Cape Town leading up to the city's status as the World Design Capital 2014.

The event took place in 'Women's Month', and also highlighted and saluted the impact that the fashion industry has made on the lives of women.

The Mercedes-Benz Fashion Week Cape Town (MBFWCT) kicked off on August 7, with a Gala dinner hosted by the official event partner, the City of Cape Town, at the historic Civic Centre. The evening included a fashion presentation from two emerging designers.

One of the designers showcasing was Earnest Mahomane, a developmental designer being mentored by one of fashion's foremost creators and MBFWCT's event producer, Gavin Rajah. Head designer Kelly Davids' also showcased the emerging fashion label, MilQ and Honey.

'Mentoring young up-and-coming designers, and providing them with access to top industry experts and opportunities, has been integral to AFI's way of developing the industry,' said Bella Cebekhulu, Business Development Manager at AFI. She added that 'AFI is grateful to the many designers and fashion-insiders who remain open to welcoming new talent and sharing their skills with them.'

'We are especially excited that, in keeping with our company's culture of empowering women, we honoured the pillars of the fashion industry: the female entrepreneurs and design-leaders; the consumers who drive the success of clothing in this country; and the unsung heroines behind-the-scenes,' said Kyle Boshoff, Communications Officer. In valuing these heroines, AFI will also be presenting an exhibition titled 'Women Behind the Seams'.

Menswear, which is receiving heightened importance internationally, was not ignored this season. Men's apparel was represented by Fabiani, Ruald Rheeder and Adriann Kuiters as well as AFI Fastrack™ 2012 winner Kim Gush; Dax Martin and Craig Port catered for women's and men's ranges.

The closing day opened with a celebration of Johannesburg-based designers which spoke to a national customer base, including David Tlale, Thula Sindi, Loin Cloth & Ashes and Morphe.

The three were joined by Group of Creatives (headed up by Simon and Jennifer Deiner). Heading up the team was CD, Gavin Rajah Concepts, whose direction on the look and feel of the event spoke to the 'Fashion, Art & Design' theme.