…A Writer, Filmmaker And Art Historian Trying To Create Change By Shifting The Stories We Tell About Ourselves
By William Nana Beeko 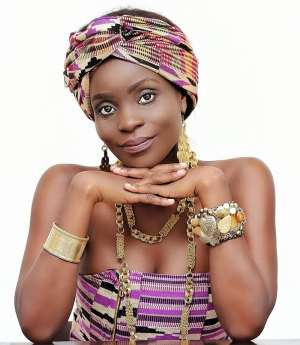 “I wanted to go deeper and further into those meanings and discover what our ways of understanding the world were before we were told that they were wrong and wicked. I wanted to help create a bridge between our ways of seeing and understanding which were centuries old and where we were today, to somehow heal the fragmentation brought about by the colonial encounter… I feel that that is what culture can do, it can help you look beneath the surface of what is happening to the deeper root causes… How have we forgotten how to know ourselves, to heal ourselves, to love ourselves? What systems did we create that united and made us stronger? We are of the oldest culture, the oldest civilisation in the world, and we hold so much wisdom within us.”

She studied Russian and Politics and worked for the Eastern European section of the Department of Political Affairs of United Nations in New York. She then went on to do a Masters in African Art History. Of her path, she says, “I was lucky enough to study when studying in the UK was still free, so could really pursue my passion, which at the time to the puzzlement of many, was Russian literature and Politics. I already spoke quite a few languages and realised that the more languages I learnt, the more I understood different kinds of people, different realities.

At the time, I really wanted to go into politics, I spent my teens working in youth advocacy for a charity called Youth Ending Hunger. I joined when I was 13 and by the time I was 15, I and three other girls, Anna from Sweden and Elif from Turkey were asked to lead a conference in Turkey with hundreds of people present, including the then President of Turkey and lots of journalists.

I was terrified, but also believed so much that we had the power, even as children, to effect real positive change in the world. We spoke to politicians, we brainstormed policy changes, we cycled from London to Moscow to raise awareness. After university, my job at the UN was to research and create policy propositions, largely on conflict situations, in Chechnya, Azerbaijan etc, I thought it was a continuation of what I had been doing as a teenager, but what I learnt there was quite disillusioning, that politics only had a limited capacity to affect change, because there was so much compromise and in a way, lack of accountability. 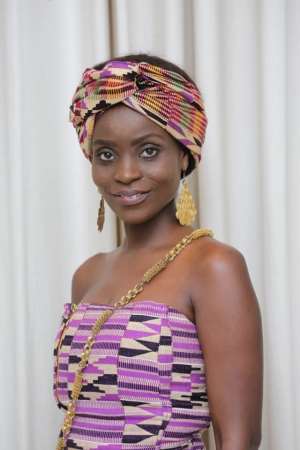 I moved into the arts, because everything I had done had always been powered by them, by books, films, art, music; they were what transformed me, taught me about the world, about myself, about others. I figured that if I could play a role in shaping the narrative of how I, as a young African woman, and of how my place of provenance, Ghana, and Africa, which were still portrayed as largely negative, were perceived, then that was where real change, real transformation could happen, and that all other things would follow from this.”

She is a founder of the ANO Institute of Arts and Knowledge through which she has pioneered such projects as The Mobile Museum, and The Pan-African Cultural Encyclopaedia; curating groundbreaking exhibitions such as Ghana's first pavilion at the Venice Biennale in 2019. “I started ANO when I was still at university”, she says, “it comes from Eno, grandmother, because whenever I went home to Kyebi, it was the old women, the grandmothers, who would tell me the stories, the meanings behind things. I wanted to go deeper and further into those meanings and discover what our ways of understanding the world were before we were told, for the sake of control, that they were wrong and wicked. I wanted to help create a bridge between our ways of seeing and understanding which were centuries old and where we were at today, to somehow heal the fragmentation brought about by the colonial encounter. That’s what I’ve been doing with my Encyclopaedia project, with the Mobile Museum that travels the country. I’ve come across historical knowledge systems, which are so rich and that give us so much.

I feel that that is what culture can do, it can help you look beneath the surface of what is happening to the deeper root causes. How have we forgotten how to know ourselves, to heal ourselves, to love ourselves? What systems did we create that united and made us stronger? We are of the oldest culture, the oldest civilisation in the world, and we hold so much wisdom within us. I think it’s time that we articulated and shared it as best as we know how.”

She has made several films, a cross of fiction, travel essay, and documentary, that have been shown at museums like The New Museum, Tate Modern, and LACMA. She tells us, “I started making films when I realised writing was not enough, a lot of what I was documenting was musical, performative, and films were an easier way of communicating more widely. I am just about to release a documentary series on Ghanaian TV, I’ve been documenting the arts through film since around 2005, so it will be about what the arts can tell us about our country, our surroundings. I first moved back to Ghana in 2005, but I realised I wouldn’t be able to make a living here, that I had to secure my career abroad first, which is what I did, and which has allowed me to make connections and paths of income for myself and others internationally, whilst still living here.”

She has written for publications like frieze, ArtNews, African Metropolitan Architecture; and her first novel, The God Child, was published by Bloomsbury Publishing in 2019. “Writing has always been my first love, my way of making sense of the world. I published my first novel this year, which is the most vulnerable thing I’ve done so far.

It fictionalises aspects of mine and others experiences, in particular, one struggle I had of growing up as part of this big dynasty or legacy, which I’m proud to carry, a lot of my Phd research has been researching the history of my family for the last 700 years or so, and how that history was passed down. And on the other hand, trying to find your own path, your own way within it.

Even though I grew up largely abroad, I could feel the voices of my ancestors, and this pull, this obligation towards serving my country, that felt so much bigger than I was. I would hear the stories of my great-great-grandmother Nana Dokua, of my great-uncle JB Danquah, of my grandfather Nana Ofori Atta I, I would come home and three of the Big 6 on the banknotes were my family members, and it was exciting, but also daunting, how do I give of myself to this legacy? How will I be good enough, smart enough, strong enough? How do I not fail? I’ve learnt through time and with an experience that failure is very much part of the process and that you can only at all times do your best, and hope and trust that it is good enough.”

She has been asked to speak globally on cultural narratives and institution-building in countries like Ghana, Senegal, the UK, US, Germany, Holland, Denmark, France and Brazil; and this year will speak at both Harvard and Yale. She is the recipient of various awards and honours, having been named one of the Apollo ’40 under 40’; one of 50 African Trailblazers by The Africa Report; one of 12 African women making history by Okayafrica; and a Quartz Africa Innovator.

She was given the 2015 the Art & Technology Award from LACMA; the 2016 AIR Award, which ‘seeks to honour and celebrate extraordinary African artists who are committed to producing provocative, innovative and socially-engaging work’; the inaugural 2018 Soros Arts Fellowship, and was a 2018 Global South Visiting Fellow at Oxford University. Of all these international laurels, she says, “It is great to be recognised for your work, and I always appreciate when I am in spaces where decisions are being made and narratives are being formed, that I am there, that my voice is heard, that as a young African woman I am represented.”

She has just been appointed to the Advisory Council of Oxford University from January 2020, which will allow her to shape the agenda for future leaders that pass through that institution, and she says of this, “It was always important for me to not be at the margins, to have African narratives and ways of telling be at the centre, and not represented in this backward, underdeveloped way, as they were when I was growing up. But my priority is always at home, here in Ghana, and on the continent.”

She has a MOMA Curatorial Leadership Fellow this year, which follows her starting an ANO Cultural Leadership Fellowship for others in Ghana last year. Of the fellowship programme she started, she says, “it allows me to pass on support to people on the ground. It’s supported by OSIWA, and helps me to facilitate training, opportunities and mentorship for six young people every year, so that they can hopefully go on to be leaders in their own fields. People often think that the biggest facilitator or privilege they can have is money, but some of the unhappiest and most damaged people I’ve met are also the richest.

Of course, every person should have the right to fulfil their needs, - of shelter, food, healthcare, education; and if they don’t have this capacity the state should provide the means to support them to achieve this. I think this is something that as a nation we still need to figure out on our own terms, as quickly as possible. But beyond this, to me, the greatest privileges that were handed to me from my parents were: love and support, further education, and mobility.

Their love and support meant that I believed in myself; the education they worked so hard to provide me with gave me the capacity to always support and to further myself; and the facility of mobility between different kinds of people, and also places, enabled me to learn so much, to see so much, to understand so much; and it is these privileges that I would like to be able to pass on to as many people as possible because they’ve done so much for me.”

As to her next plans, she’s been given a leadership role in the $15 million OSF fund for African Cultural Restitution and is working on how the return of objects to African institutions, and the creation of new institutions “can help us create spaces for ourselves in our countries and in the world, that are open to and inclusive of all, and that give us the foundations from which to grow from.” She’s also continuing to work on her cultural encyclopaedia and mobile museum projects; on more films, her own and helping to produce other people’s; as well as more books; and most importantly she says, “creating a family, which might just be my most important project to date.” 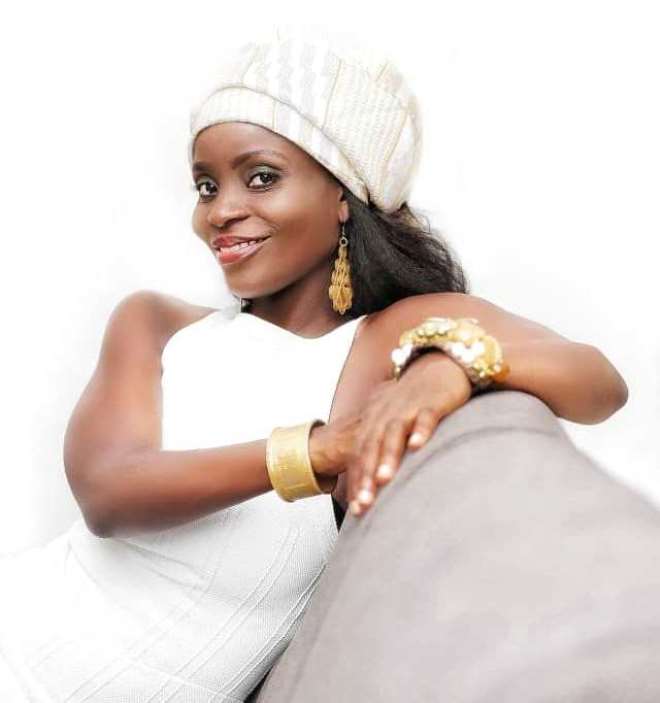