Deworming allows the child to have a better growth

By by Dr . Harsha 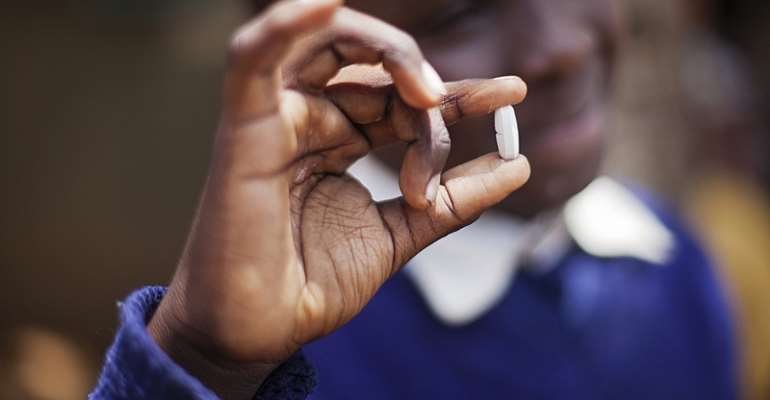 Children are the future of the world and also tender in their thoughts, knowledge as well as their health. To ensure a healthier environment and a better life for a child is every parent’s wish. However, a number of factors come into play when a child’s health is concerned and can sometime be a complex task. One problem that many children face while growing up is the presence of worms in the stomach or intestine mostly due to unclean environment which takes a serious toll on the child’s health and growth. To get rid of these worms, the child has to undergo deworming which is the process involving the use of medication to remove an infestation of worms in the intestine.

As the World Health Organization (WHO) states, ‘soil-transmitted helminth infections are among the most common infections in humans, caused by a group of parasites commonly referred to as worms, including roundworms, whipworms and hookworms. These intestinal worms can severely affect the child’s nutrition and growth. A child can regularly go through deworming to get the intestinal worms removed. It is necessary to get these worms removed, else they can multiply and lay eggs in the intestine leading to major damage to the body. Some of these intestinal parasites can even be fatal and hence should not be ignored. Worms also make the child more prone to diseases like intestinal obstruction and reduce the ability to absorb vitamins adequately. Parasitic worms also let the child be malnourished and/or stunted even without evident symptoms sometimes. Some of the symptoms that a child is likely to show if he is affected by these worms are:

Deworming intents to eliminate the worms and remove any infection that could possibly discomfort the patient and is necessary for those affected by these worms. However, its effectiveness still stays under scrutiny.

Deworming is believed to improve the child’s health by allowing them to absorb the necessary nutrients that the body requires, therefore helping the child in combating malnutrition also in gaining weight.

WHO recommends school children in endemic areas to be regularly treated with drugs that kill these worms and thereby aid either elimination or significant reduction of infections. While a single dose of deworming drugs has been known to show gain in weight over few months, there is not enough evidence to know if the treatment has additional effects on hemoglobin, overall physical well-being, cognitive functioning, etc. As far as community deworming programs are considered where all children residing in endemic areas with a dose of drug has not been observed to be much beneficial in helping the child gain weight.

Treatment for worms in children
The type of worm that has infested the intestines, the infections caused by the worm and the age of the child determine the treatment. Some commonly used medicines include:

Being a short and quick treatment, the deworming tablets for children usually kill the parasites and cause no other harsh damage to your child’s body.

How does the treatment works?

How do children get affected?
Intestinal worms or parasites are usually found among children who are exposed to unclean surroundings and are mostly in direct contact with the soil.

In areas that lack sanitation or are populated by animals, soil is likely to be contaminated with worm eggs or larvae. Children who play in these areas or those who roam around barefoot are prone to getting affected by these worms.

Dirty hands, tools, toys or food are easy instruments of transmission for these parasites who can go from the contaminated soil to the child’s mouth and eventually inside the body and intestine.

Hence it is important to allow children clean and healthy environment so that they can be saved from these worms and hence are not in need of deworming and can lead a healthier life.

Some tips to prevent worms in children include: