Who Is Hon. Elvis Afriyie-Ankrah? 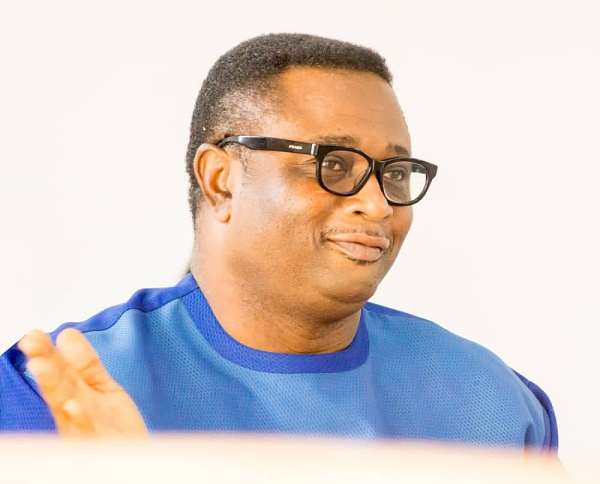 Hon Elvis Afriyie-Ankrah is a seasoned political campaign strategist with over 15 years of active political campaigning. He played a vital role in the late President John Evans Atta Mills’ election campaigns of 2004 and 2008 and subsequently, the John Mahama 2012 campaign.

PERSONAL & FAMILY
He is a committed Christian and married with four children.

He became a Graduate Fellow of the John F. Kennedy School of Governance in Harvard University, Cambridge, Massachusetts, United States (US), and offered a Senior Executive Fellows Program in 2016.

He attended the Defense Academy of the UK in June 2015, and trained in key aspects of Leadership and Change Management in addressing the risk of corruption within the Defence and Security Sector, Procurement, and Human Resource Management and on operations in Finance

He had his Bachelor of Arts (B.A. Hons.) in English, Drama and Linguistics from the University of Ghana, Legon in 1996. He later attained his Master of Arts (M.A.) in International Affairs in 2002 from the same university.

Hon Afriyie-Ankrah also has a Certificate in Public Relations from the Ghana institute of Journalism (GIJ), Accra.

In addition, he has a Certificate in Business & Administrative Computing from the London College of Computing & Electronics.

He facilitated the provision of water tanks in all halls of residence during his tenure of office as S.R.C. president.

He organised the first ever Ghana universities festival of Arts and Culture – GUFAC ’96, which showcased students of the universities portraying the rich culture of Ghana.

Organised exchange programs involving over 150 students to the USA as S.R.C. President and NUGS coordinating secretary in 1996 and 1997 respectively (Montclaire State University, Monmouth University and School for International Training – S.I.T.)

Hon Afriyie-Ankrah successfully organised a dinner dance for the leadership of all political parties in the run-up to the December 1996 elections under the auspices of NUGS at the Labadi Beach Hotel under the theme: “NATIONAL RECONCILIATION- THE ROLE OF THE YOUTH IN ENSURING FREE AND FAIR ELECTIONS IN THE LECTORAL PROCESS”

The 52-year old politician is presently the Director of Elections for the National Democratic Congress (NDC).

Hon Afriyie-Ankra was the NDC parliamentary candidate for the Ayawaso West Wuogon constituency in the 2000 election. He placed 2nd with 42% of total votes cast just after 3 months of campaigning.

He was appointed member of the media and publicity committee of the NDC in May 2001.

Having emerged deputy General Secretary of the NDC at the 2005 Congress in Koforidua, Hon Afriyie-Ankrah remained in that position until the NDC won the 2008 elections.

Hon Afriyie-Ankrah was Deputy Campaign Spokesperson for the Prof. JEA Mills 2002 campaign during the presidential primaries of the NDC.

He was also the Deputy National Campaign Coordinator of the Prof JEA Mills campaign in the 2008 general elections.

He competently discharged his responsibility as Deputy Campaign Coordinator, in drawing up campaign programmes and strategies, speaking for and on behalf of the flagbearer, raising funds for the campaign and ensuring adequate allocation of resources in meeting the needs of the campaign.

He was the youngest Deputy Campaign Manager in Ghanaian political history

Hon Afriyie-Ankrah was the Campaign Coordinator of the John Mahama Presidential Campaign in the 2012 elections.

As National Campaign Manager, Hon Afriyie-Ankrah crafted a national campaign strategy and led the national campaign implementation in liaison with party leadership and other stakeholders. He eloquently articulated the party’s winsome vision at all political forums aside of managing the entire campaign field operations

Having successfully served his term as SRC president, he became the National Executive Coordinating Secretary of the Ghana National Union of Students (NUGS) from 1996-1997.

Between 2005 and 2008, he was a lecturer and head of the English and Communication Studies Department of the University of Professional Studies (UPS) in Accra.

Minister of State at the Office of the President

He was Minister of state at the Office of the President from 2014- 2017, where he worked directly with the Chief of Staff.

Between June 2001 and June 2003, Hon Afriyie-Ankrah worked at the Legal Resources Centre. He held the position of Research Officer and Special Assistant to the programmes director with the responsibility of drawing up programmes. He was also tasked with the duty of organising stakeholders, policy makers, opinion leaders, legislators and government officials to hold round table discussions, seminars, workshops and symposia towards the passage of various parliamentary legislations under USAID sponsorship.

Hon Afriyie-Ankrah was at the Mechanical Lloyd Co. Ltd. from September 1998 to September 2000 as sales and marketing executive. He was the sales and marketing representative for Land Rover vehicles, building a database of prospects & presentation of products and preparation and implementation of action plans analysis in addition to monitoring and evaluation of competitor products/prices.

Before he joined Mechanical Lloyd Co. Ltd., Hon Afriyie-Ankrah worked at Annrose Protocol Services Ltd. from February 1998 to August 1998. Whiles there, he was Operations Manager, with the responsibility of Public Relations and was the event management consultant for the first Emancipation Day celebration In Ghana. He also undertook protocol duties for invited guests and government Officials.

In May 1996 Hon Afriyie-Ankrah became the Executive Coordinating Secretary at the Permanent Secretariat of the National Union of Ghana Students (NUGS), a position he held until October 1997. He was head of the Permanent Secretariat and Chief Administrator and Director of NUGS. His duty there was to organise and implement initiatives, policies and decisions of the union.

In between 1995 and 1996, Orbit Travel And Tours Ltd, Accra was Hon Afriyie-Ankrah’s place of work. His position there was Public Relations, Sales and Marketing Representative to the various universities with responsibility for proposals and contracts to foreign institutions for exchange programmes.

From 1989 to 1992, Hon Afriyie-Ankrah was the sales, marketing and public relations officer for Grasam Enterprises, which dealt in general goods, import & export. He was special assistant to the managing director and supervised clearing/shipment of goods to and from the ports. He was also in-charge of advertising and sales promotion, debt collection and distribution of goods to various outlets.

Between 1984 and 1986, Hon Afriyie-Ankrah was the personal assistant to the Managing Director and sales manager of Amoga Works, a garment factory in London. He was responsible for purchasing and distribution of goods to factory outlets.

SELECTION OF CONFERENCES AND SEMINARS ATTENDED

SELECTION OF SPEECHES/PAPERS PRESENTED AT INTERNATIONAL & LOCAL CONFERENCES AND FORA

Hon Afriyie-Ankrah has delivered speeches, presented papers and addresses at major local and international conferences in their hundreds. Here are a few:

SPECIAL AWARDS
Among special awards received by Hon Afriyie-Ankrah are: