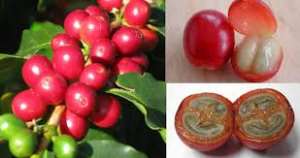 I was talking last night with some friends during dinner about my business and coffee and I realized that people do repeat all these myths they hear about coffee. So, I decided to clarify a few of them in this article

But before we start, are you aware that:
#1 Coffee is a Fruit
The beans brewed are actually the processed and roasted seeds from a fruit, which is called a coffee cherry. The coffee cherry's outer skin is called the exocarp. Beneath it is the mesocarp, a thin layer of pulp, followed by a slimy layer called the parenchyma.

The beans themselves are covered in a paper-like envelope named the endocarp, more commonly referred to as the parchment. Inside the parchment, side-by-side, lie two beans, each covered separately by yet another thin membrane.

#2 There are several types of Coffee Beans

Actually, there are many varieties of coffee beans/ coffee species, derived through selective breeding or natural selection of coffee plants.

Nonvolatile and volatile compounds in green coffee beans, such as caffeine, deter many insects and animals from eating them. Further, both nonvolatile and volatile compounds contribute to the flavor of the coffee bean when it is roasted. Nonvolatile nitrogenous compounds (including alkaloids, trigonelline, proteins, and free amino acids) and carbohydrates are of major importance in producing the full aroma of roasted coffee and for its biological action.

#3Usage of Coffee Beans
Coffee, since it was discovered has been used in making tasty brews in various cultures. As the world evolves commercialization has become necessary and has made coffee to be known as one of the preferred choice of beverage over the years.

There are many other ways in which coffee bean has been put to use which are unconventional, these unorthodox uses have brought about many myths that feature at the center of many discussions whenever discussions concerning coffee are brought up.

Some popular “myths” about the use of coffee

Myths, legends, and popular beliefs are more than just mistakes. For one thing, they are repeated, spreading from person to person through conversation, stories, newspaper articles, social media, and emails.

Coffee over the years has had its own fair share of myths ranging from super health benefits to high stimuli claims, below is a list of myths that seems to run across most coffee loving regions

There is no better way of starting a discussion of coffee myth without a look at the myth-history of coffee, while most coffee people may recognize this folktale, they are not invested in the literal truth of the story and it’s a perfect place to start to explore how coffee myths express important characteristics of coffee.

A goatherd- caring for his flock in the forests of Southeast Ethiopia, one day, he noticed that his goats were munching on a tree with bright red fruits, and immediately afterward began dancing animatedly. Kaldi – curiosity piqued – tried some fruits himself, became filled with energy, and began dancing along with the goats.

A passing monk witnessed the dancing, put two and two together, and brought some of the fruits back to the monastery. He and the other monks started using the fruits to keep them stimulated during long periods of prayer, and so coffee was introduced to the human race. This is a popular belief and has no backing.

The stimulating effects of caffeine can slightly increase your metabolism, but not enough to make a dent in your diet, especially in terms of long-term weight loss. Caffeine may reduce your desire to eat for a brief time, but there is not enough evidence to show that long-term consumption aids weight loss

Doctors did not find any connection between the daily use of caffeine and changes in heart rate.

In 2014, the results of researches which studied the connection between caffeine consumption and the development of cardiovascular diseases were published. People who drink 3 to 5 cups of coffee per day have no more risk than those who do not drink coffee at all.

Consuming a moderate amount (up to 300 milligrams or three cups of coffee) of caffeine on the daily basis isn’t going to hurt you. If you have high blood pressure, you could potentially experience a temporary rise in heart rate, but there is no link between caffeine and high cholesterol or cardiovascular disease.

According to experts, this is the biggest coffee myth, experts agree.

When British researchers studied the body fluid levels of 50 men, they were the same whether the men drank coffee or water for hydration. Caffeine can make you need to urinate. However, the fluid you consume in caffeinated beverages tends to offset the effects of fluid loss when you urinate.

The bottom line is that drinking caffeinated drinks in moderation doesn't actually cause dehydration.

In terms of caffeine, the darker your roast the less caffeine. Not by a great margin, but enough that this myth is debunked.

Dark roast coffee is not “stronger” than lighter roasted coffee; perhaps a bit heavier on the palate, but certainly not stronger in any functional sense of the word.

Strength, in coffee terms, is solely and directly a result of the ratio at which you brew. The more coffee you use, the stronger that coffee will be.

The reason dark roasts are perceived to be stronger is that the longer a coffee is roasted, the more moisture is roasted out (coffee actually pops or cracks like popcorn when being roasted).

A brief remark
These and several other myths, are not authored by individuals but evolve naturally and instinctively by unconscious processes in oral traditions. Even if they start out as made-up or true stories, revelations or dreams, they still end up for long periods of time in oral traditions

Once the mind accepts a belief or myth or label as true, we see proof of its truth in our world. In my view myths are formed as a result of people with shared personal experiences on a particular thing beginning to relate their experiences together then drawing logical conclusions from them.

Once these experiences are consistent with them, they then begin to generalize these to reflect experiences across the board, once it cannot be proven either scientifically or any other means it is considered a myth.

Debunking coffee myths
This requires an understanding of the psychological research into misinformation relating to coffee consumption and its effects, the result gathered from these studies would have to emphasize the key facts or truths with regards to the various myths.

Otherwise, we are at the risk of having people become more familiar with the myth than with the correct facts or truths.

Myths are persistent, stubborn and memorable. To dislodge a myth, you need to counter it with an even more compelling, memorable fact.

And while at that, enjoy a great cup of coffee please.

Thank you,
Benedicta.
About the Author:
Benedicta Tamakloe -a Coffeepreneur, is the Founder of Bean Masters, a Ghanaian StartUp focused on the coffee business of course.

She welcomes all remarks/questions/ feedback via email at [email protected] 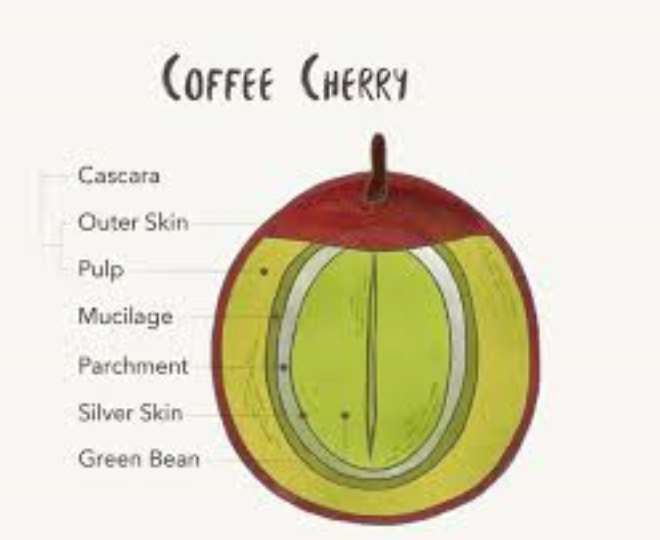