The Man Making Money From Toilet In Ghana 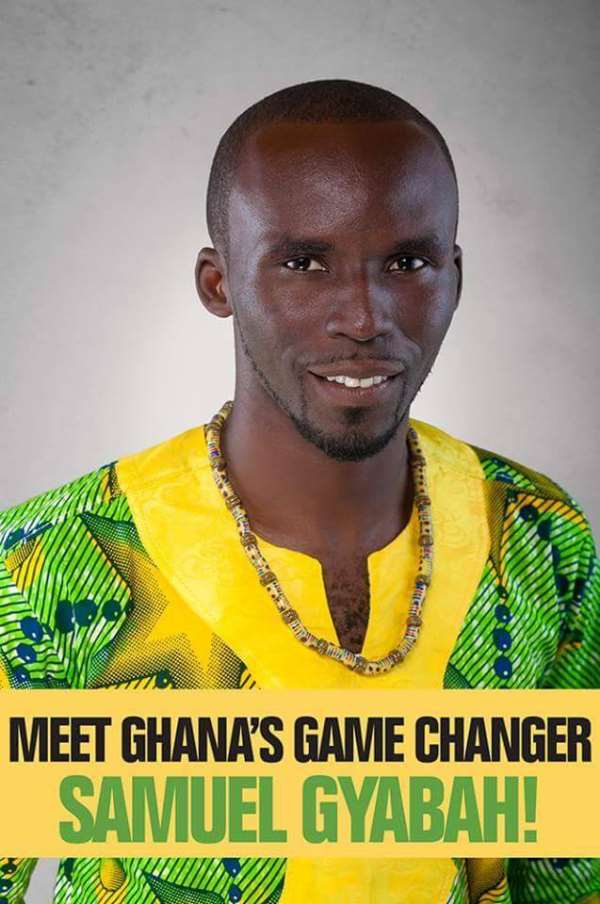 At a young age, it has always been his passion to impact people's lives positively in every area he finds himself.

So when Samuel Gyabah, the founder of Samalex Solutions was in Senior High School, he had already joined an organisation called Time For The Trees, planting more trees in his community.

The organisation aimed at encouraging reafforestation in Ghana through schools.

And while at the university, he volunteered for Womenstrust FNGO, a non-profit organisation that provides microloans to women engaged in small businesses. There, he was providing business education for clients.

He would take up a career in sanitation after he was trained by one visiting lecturer at the University of Ghana called Professor Steve Mecca on bio-digester toilets in 2013, he quickly got himself together and started building hygienic toilets for school in his neighbourhood, Pokuase.

His company, Samalex Solutions specialises in the installation of bio-digester toilet systems for schools and households.

Bio-digester toilet system is able to convert human wastage into manure for farm use.

As with many startups, securing funding was not forthcoming.

" I started with my own funds, funding from partners and seed funding from winning the competition," Gyabah said in an interview with modernghana.com.

However, because installing bio- digester toilets are expensive and the whole project was capital-intensive, he still had to pool resources from other donors to be able to provide hygienic toilets for schools.

Installing one unit of the facility could cost aboout GHc2,000 and so about GHc20,000 is required to install for one school.

Gyabah then visited schools in his communities to find out about their sanitation needs and sought for funding from donors to support the course.

Finally, he met with his partners who accepted his proposal to build for four schools, and an NGO also agreed to build 12 unit toilet facility for schools in two communities.

Since then, Gyabah together with the Samelex team are not only installing hygienic toilet facilities for schools and households in Accra, but are also playing a crucial role to help curb open defecation.

According to 3news.com, Ghana was ranked as second in Africa in open defecation with 19 per cent of its population resorting to sanitation practice deemed the riskiest of all.

The report adds that open defecation caused the country about $79 million a year.

While Gyabah was at it, he was engaged in educating school children on proper sanitation practices.

Samalex was in 2015/2016 involved in the Accra Metropolitan Assembly (AMA) UN HABITAT project providing 100 households toilets at James Town, a suburb of Accra.

Currently, Samalex Solutions is working on Sanitation and Water Project (GAMA-SWP) OBA, which was initiated to increase access to improved sanitation, water supply and strengthen management of environmental sanitation to provide over 6000 toilets in Accra at half price.

The initiative is dubbed "Toilet at Half Price," and its pilot was expected to establish about 200 toilet facilities for some selected households in Accra.

Now back to Gyabah and Samalex. Samelex has now employed over 50 workers and has since its inception provided over 1000 toilets for schools and households.

When asked if they are making huge profits from their work, he said : "We are able to cover our costs and keep the organisation running. It's been okay so far"

Samalex, has it as part of its vision to expand to other regions of Ghana and hopes to be identified among top organisations providing household toilets and impacting the people's lives.

Poor sanitation, according to Gyabah has been identified as the major cause of poverty in sub-saharan Africa and most illnesses that keeps children away from school are sanitation related.

He advised that every household should endeavour to get hygienic toilets in their homes.

Copyright (2017) Modern Ghana
All rights reserved. This article, or any portion thereof may not be reproduced, paraphrased or used in any manner whatsoever without giving full credit to modernghana and the author of the article. The source should clearly state modernghana and the writer's name either above or beneath the article when using. However, it could be used in brief quotations and in reviews.

I will disappoint any MMDCE who doesn't live up to expectati...
38 minutes ago