Someone impregnated a lady because of a picture he took with me, so I've stopped taking pictures with people — Akrobeto 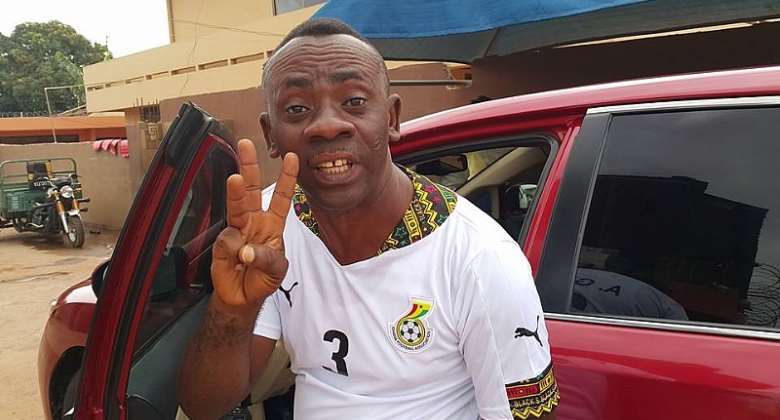 He narrated how a guy who got the opportunity to take pictures with him used it to impregnate a 16-year-old girl.

According to the "Real News" show host, the unknown guy lied to the girl he has a relationship with him and that he can help the lady, which the lady believed.

Speaking to Ghanaian broadcaster Dan Kwaku Yeboah, Akrobeto said the lady’s family came looking for him after the guy had run away.

"I don't like taking photos because of how a man impregnated a 16-year-old girl with a photo he took with me. He had taken about four different photos with me, and that was what he used to lure her.

"After impregnating the teenager, her parents came looking for me and showed me images of us together. According to the young girl, the man promised to help her and lied about his association with me," he stated.

He added, "He proceeded to send the images to the girl...that was how he impregnated her."

On a different occasion, Akrobeto narrated that, "A fetish priest also spread fake news of being behind my stardom. That was what he was telling people...he had even framed one of our photos...I nearly called for his arrest, but I dropped the case after several pleas."

"Once you show a photo of us to anybody, they will easily believe it...you can beg me, but I will never take a photo with you. I have love for people but no photos," Akrobeto vowed.

I don't recall we ever changing a leader in the middle of a ...
37 minutes ago